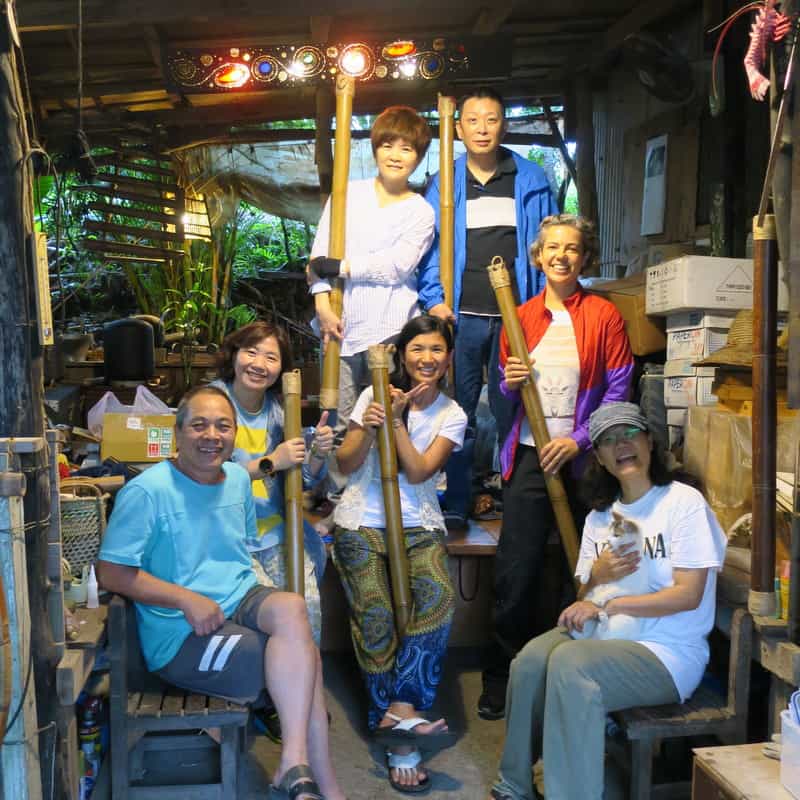 I made it rain!

This is one of the coolest things I’ve made in Taiwan. It only took 7 hours of cutting, tapping, drilling, hammering, sanding, varnishing and polishing and guess what?

My friends Vivian and Scott (I call him my Scott #2) taught this rainstick workshop at their home. I love this couple. I met them last year through my pottery teacher. They admire and appreciate all things wonderful… plants, insects, flowers, birds, cats, music, honeybees, tea, hand-crafted fermented foods/drinks, Chinese medicine and they built a treehouse in their backyard from reclaimed materials. They’re creative and makers of beautiful things from things they find in nature. Their home is the epitome of the beloved wabi sabi way.

I had no idea what I was in for with this workshop though. I knew they up-cycled propane tanks to drums, which make dreamy soothing sounds, but had no idea they taught a rainstick class. I took the local train north to the very small and beautiful town of Sanyi (where many artists live including my pottery teacher). Vivian picked me up on her scooter, which was my first scooter ride and for the next 8 hours we tinkered away in their backyard garden studio.

Step 1: select a piece of bamboo, then using a metal rod, tap out the solid nodes.

The rainstick is believed to have been invented by the Mapuches (indigenous inhabitants of south-central Chile and southwestern Argentina, including parts of present-day Patagonia). It was played in the belief it could bring about rainstorms. They’re usually made from cactus, which are hollow, are dried in the sun. The cactus spines are removed, then driven into the cactus like nails. Pebbles or other small objects are placed inside the rainstick, and the ends are sealed. A sound like falling water is made when the rainstick has its direction changed to a vertical position. (source: wiki) 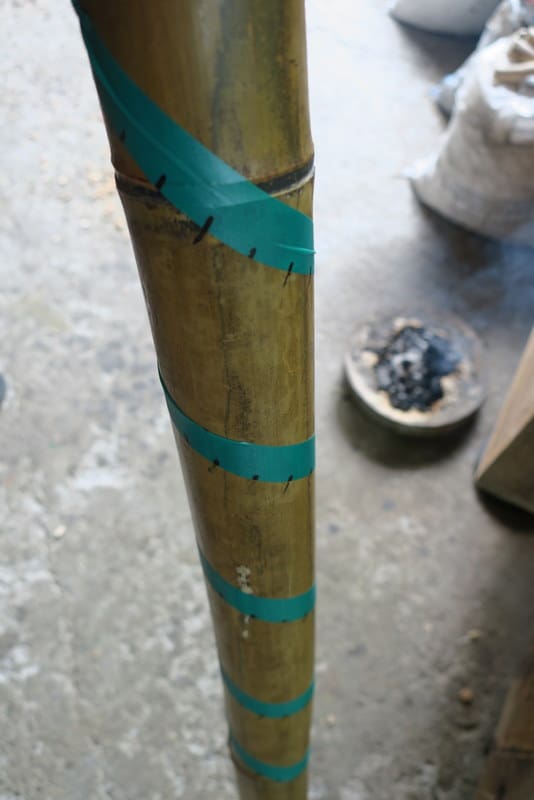 Step 3: Measure the diameter of your bamboo, tick off that measurement on small sticks and hand cut them (these will get hammered in the bamboo later) 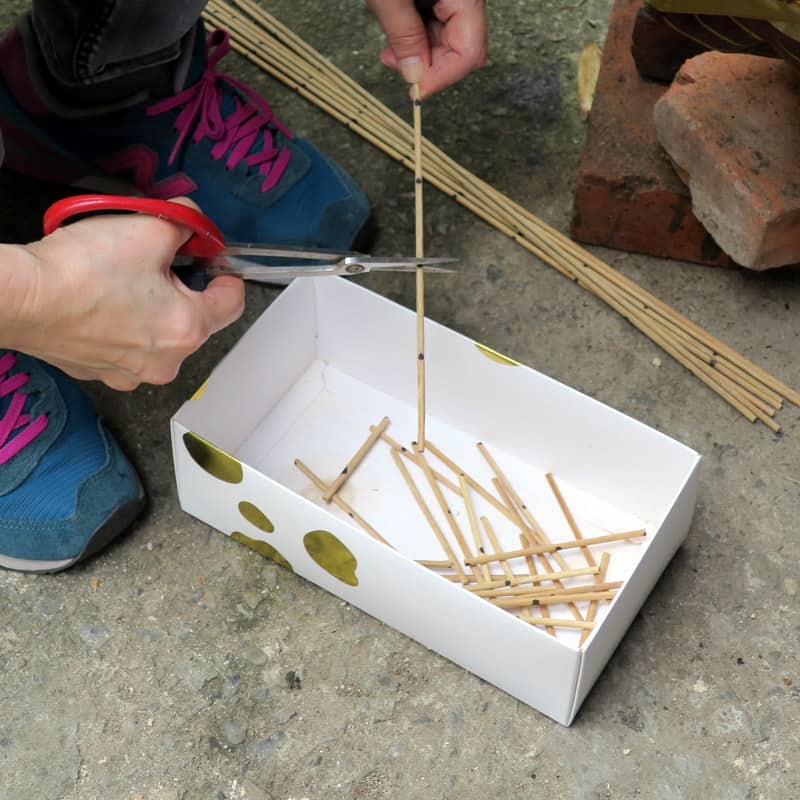 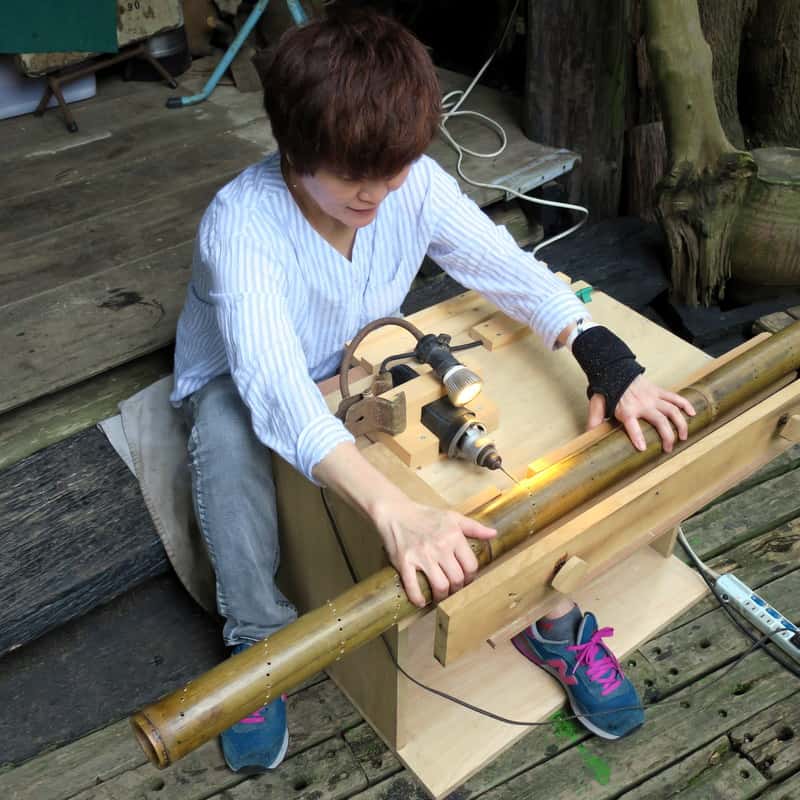 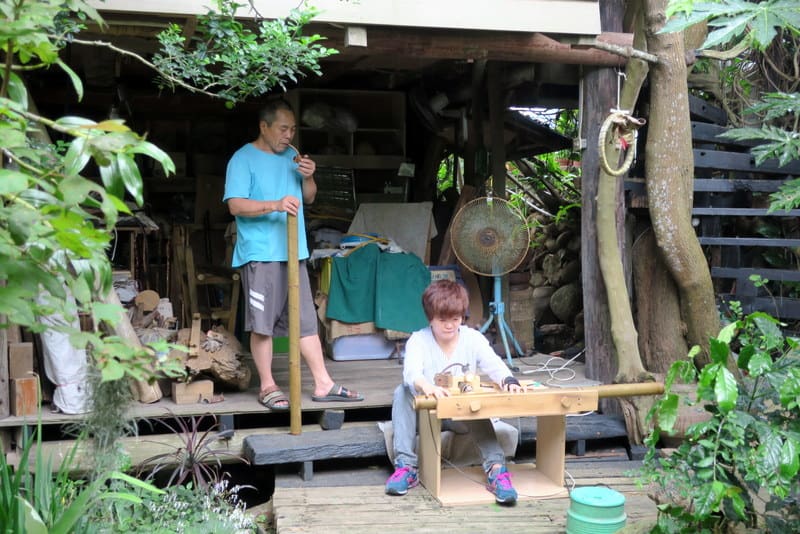 Step 5: Hammer all those little sticks in the drilled holes… tap, tap, whack. Scott asked us to do a short tap, tap and then a longer whack. It created a very pleasing musical sound verses us just pounding away like machines. 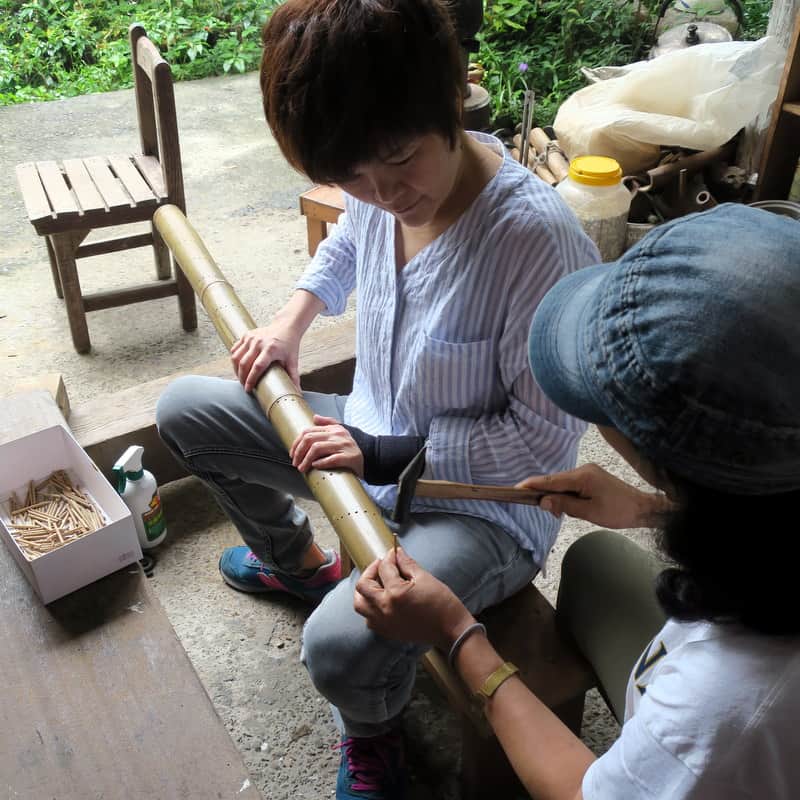 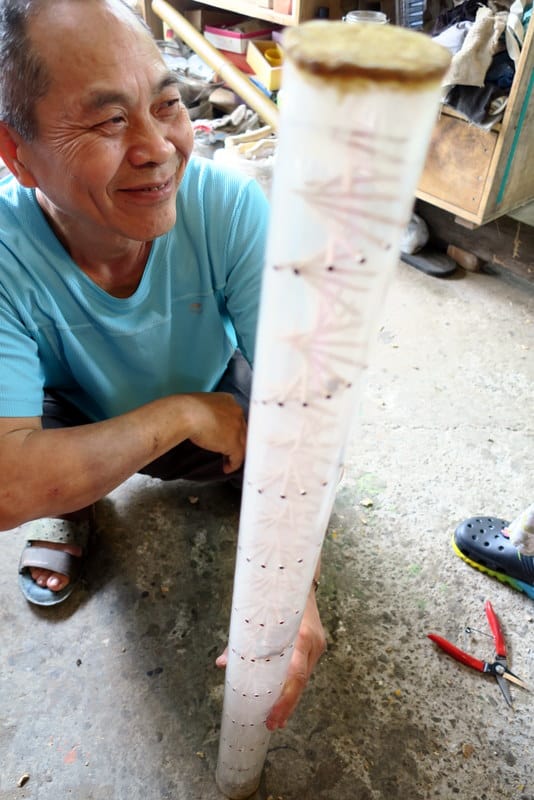 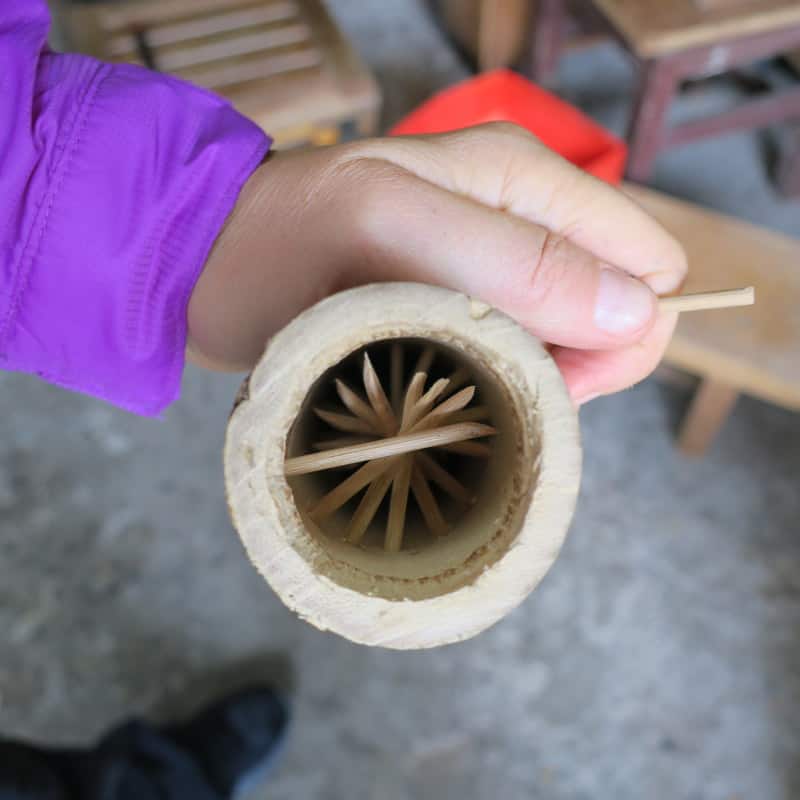 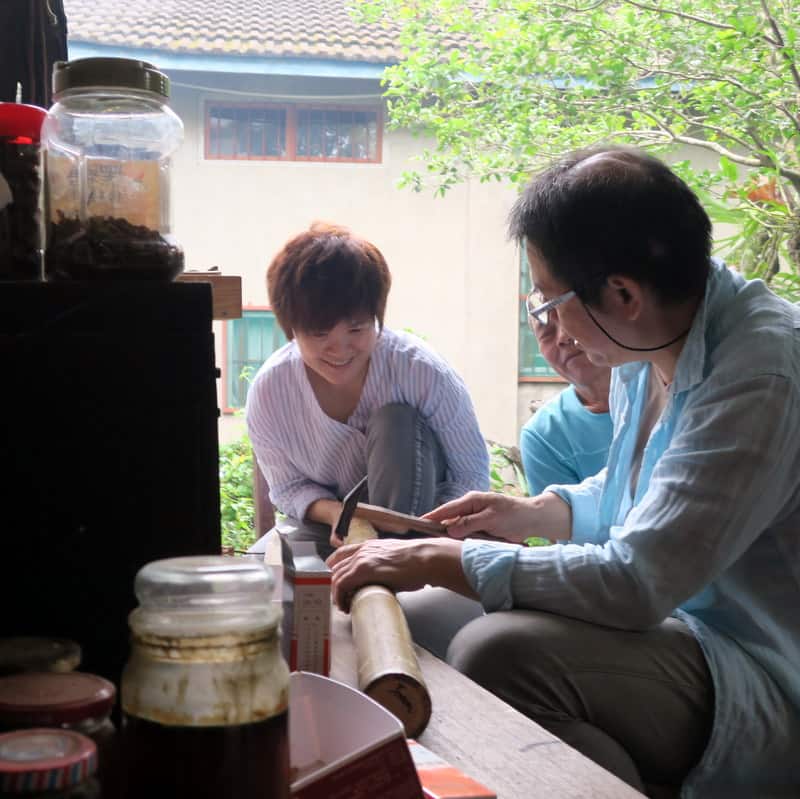 Step 6: Shear the rough edges of those little sticks off with a bad-ass knife 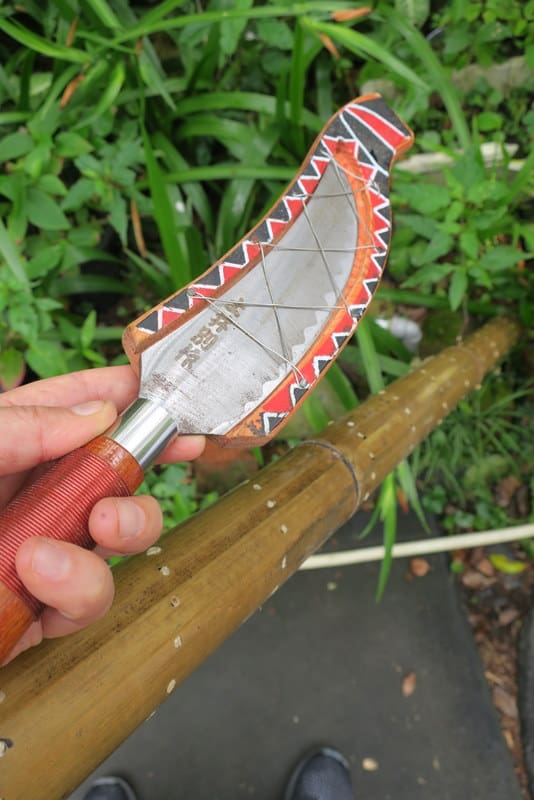 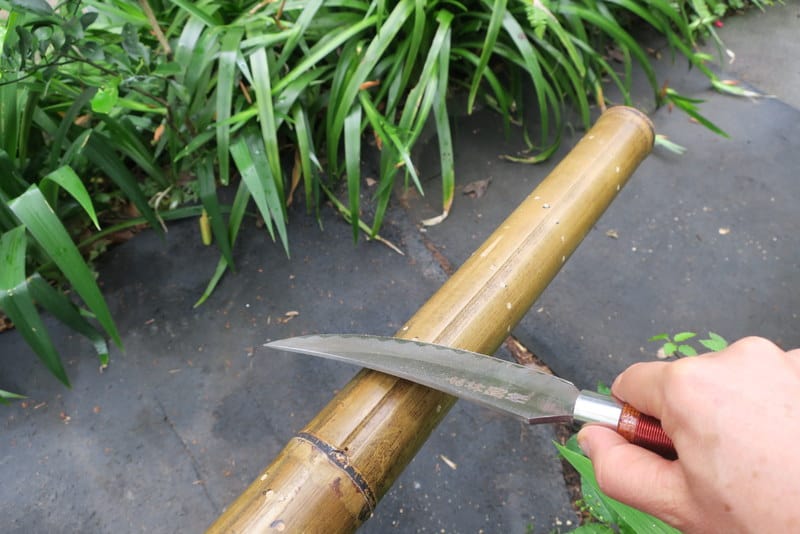 Vivian made a delicious lunch of vegetarian soup, dumplings and pickled tender baby bamboo shoots . Dessert was provided by one of the students who is a baker. The Taiwanese love to feed friends. 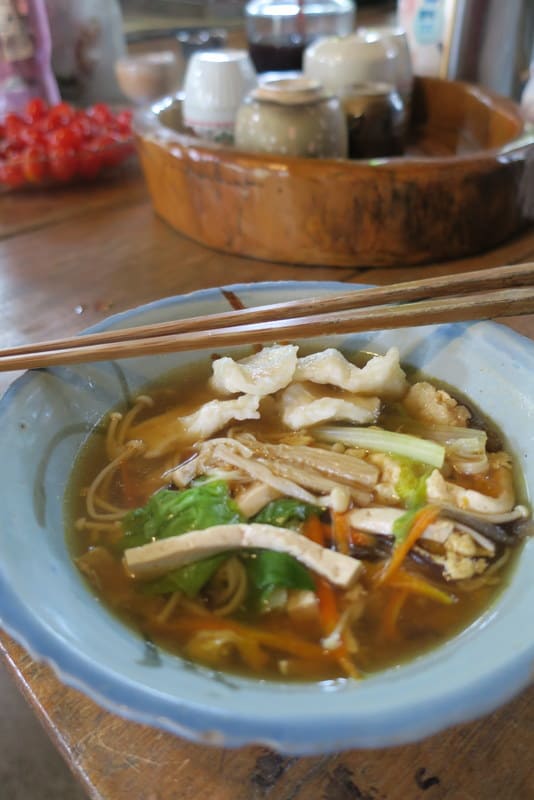 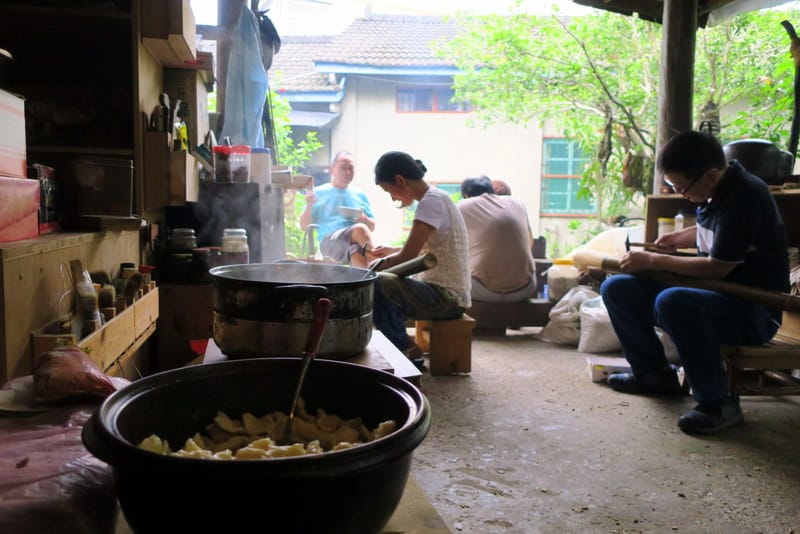 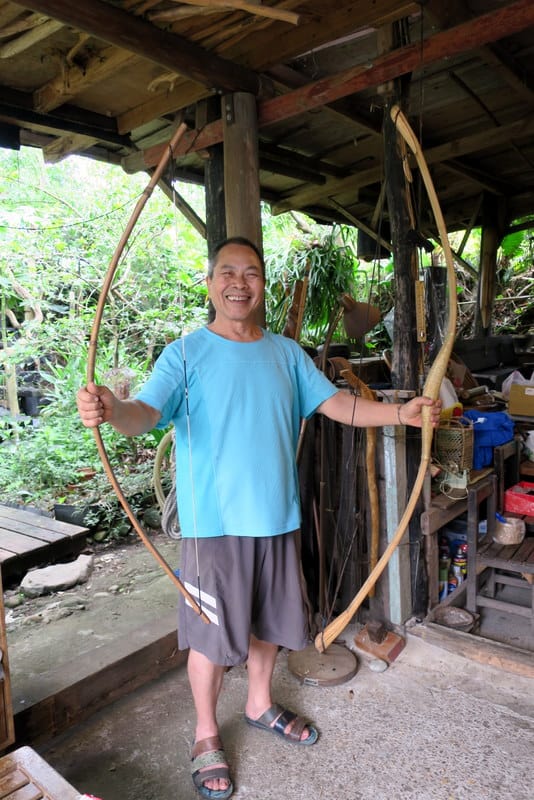 Step 7: Sanding and varnishing (prevents warping in the high humid climate).
Step 8: Choose which stones make your ears happiest. The larger the stones, the heavier the rain sound. I choose the middle gray stone. 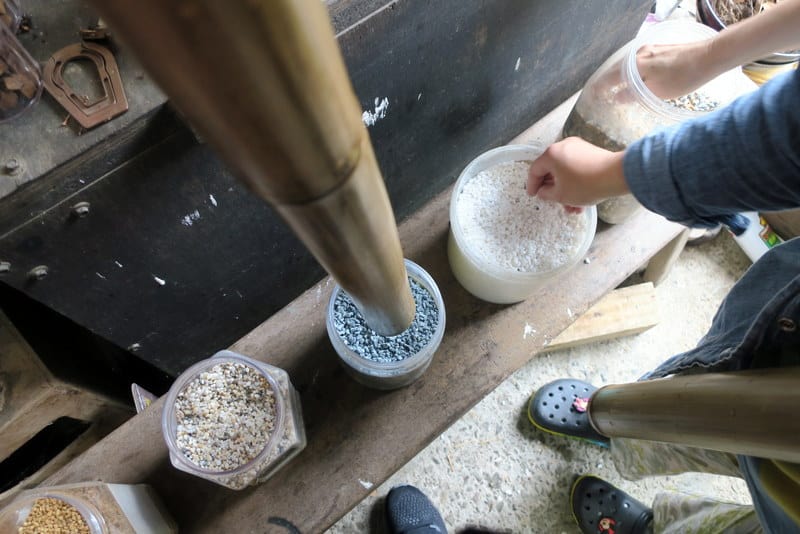 Step 9: Seal off the opened end of the bamboo stick. 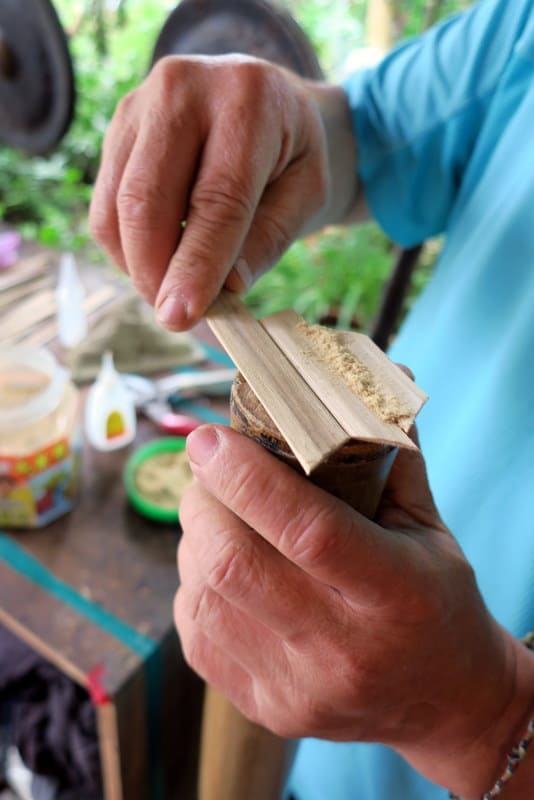 Step 10: Wrap the ends with burlap and twine. 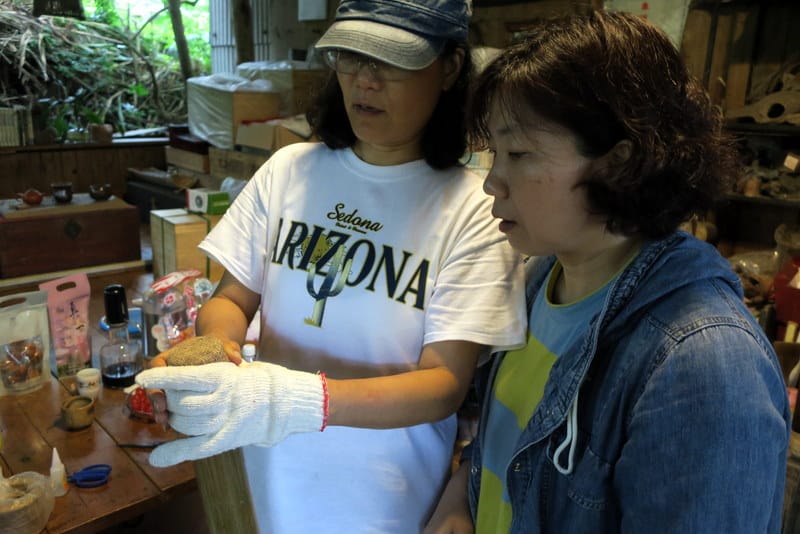 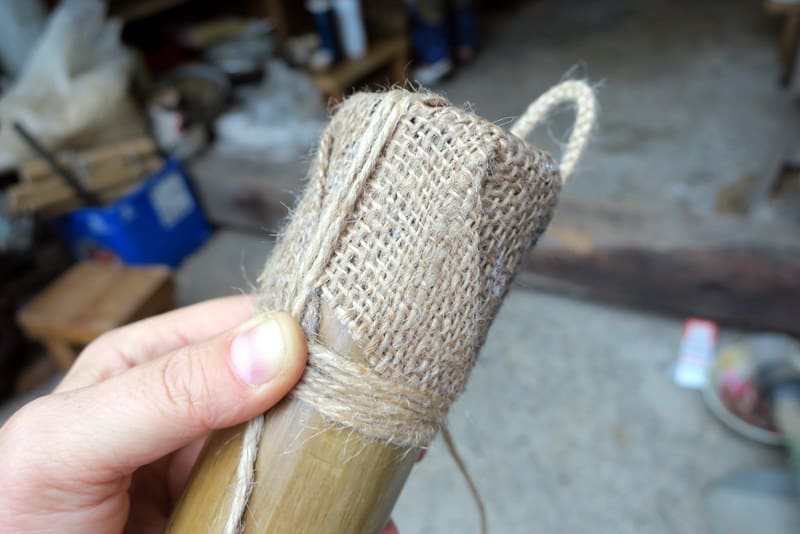 Step 11: Sign your masterpiece! Scott used a dremel to make it permanent. I signed my name in Mandarin, which also happens to mean salad. Some names don’t translate over here so just call me Salad… or Passionfruit. 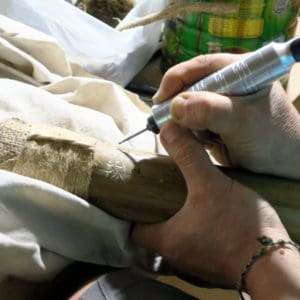 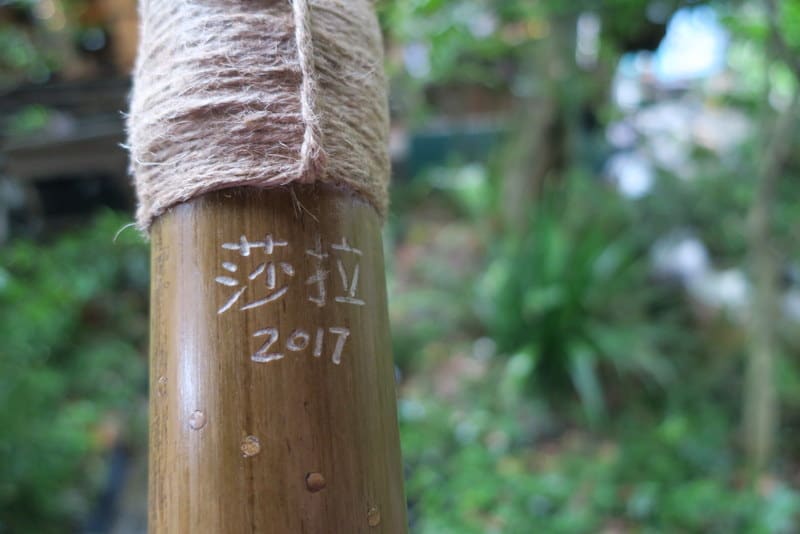 Step 12: Listen to the rain 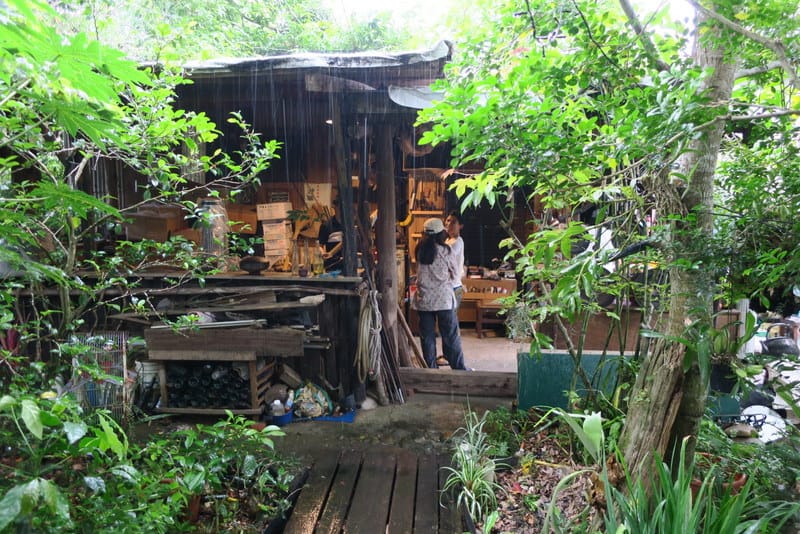 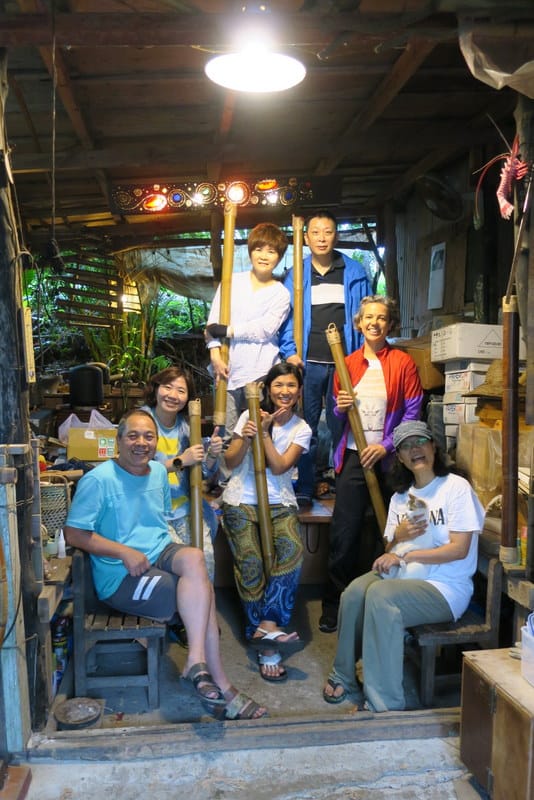 Xiexie to Scott (left) and Vivian (right) for sharing their love of music and this special craft. I am so grateful to have crossed paths with these spirited souls!

One thought on “Rainstick Workshop”