A special page dedicated to Jack Heckles. My own tribute, A Letter To My Dad, Jack Heckles. If you wish to share yours (privately or on this page), please contact me directly or with the form at the end of this post. All will be cherished and saved. Love, Sarah (his eldest daughter)

Whenever I called Jack, he’d answer and growl my name with the vowel long, low and drawn out with genuine joy in his voice: ”Raaab”, which always made me feel he was pleased to hear from me. Others have said he did the same with them.

Jack had many friends and friendships that lasted many decades. I was one of his more recent friends, since we only became acquainted about ten years ago. However, with our shared love of nature, fishing and adventure in the outdoors, we did many trips together over the years in which we got to know and deeply appreciate each other. Jack became one of my best friends, and one who I could rely on in any situation.

Even at 75, He was extremely fit and agile and hiked, biked and, or skied more days than he did not throughout the year. It’s therefore incomprehensible to all of us who knew him that he fell from a cliff to his death.

This happened on a BLM section of land off the Convict Grade Road and overlooking the Yellowstone River. It’s a place he loved dearly not only for its scenery and variety of terrain but also because located there is a massive golden eagles’ nest, which is inhabited year after year.

It was among Jack’s greatest joys to closely observe that nest from early February, when the nest would be rebuilt, into early Spring when two or three eggs were laid, then hatch into fluffy white eaglets, and finally, in early summer, when they would fledge and fly free.

He was a guardian of the place and if it was misused or he felt the nest was endangered, Jack would take immediate protective measures. It was while observing the nest and probably trying to get good photos that he fell. He was alone and no one will ever know what really happened, which makes it that much harder to accept.

One theory is that while Jack was on the edge of the cliff and one of the eagles flew close over his head to scare him off, and startled, he fell. The word from some raptor experts is that kind of behavior can be expected from falcons, ferruginous hawks, and goshawks, but not from eagles. Nevertheless, I’d like to think it was true. Jack would only have respect for the eagles trying to defend their young.

Five years ago when Jack was 70, he, I, and two other friends climbed Mt Cowen, the highest peak in the Absarokas, our home range. While not technical, it’s a very dangerous mountain on which several people have died. Jack maneuvered his way to the summit with the agility of a mountain goat; in comparison, the cliff from which he fell is a sidewalk.

Over the years, Jack and I shared many outdoor adventures and misadventures. On a backpacking trip in Yellowstone Park, I was making noise as a precaution against surprising a grizzly bear and Jack asked me to shut up so we had a better chance of seeing one. While canoeing down the Missouri River, I made a miscalculation in the stern and we swamped the boat in heavy water. Jack lost some valuable possessions, including his iPhone and was justifiably angry with me, but soon moved on. On another trip in his beloved VW camper to the Olympic Peninsula, the transmission went out 100 miles from home and we had to enlist the help of a friend to tow us back. We rode Chris Beaudin’s boat The Crane up the rough inside passage from Bellingham to Wrangell Island then spent a week with four friends looking for steelhead, but Jack was the only one of us who landed one.

Jack well understood the risks he took in the outdoors, but took them anyway because living close to the edge, I think, made him feel more alive and living fully and fearlessly was his credo. 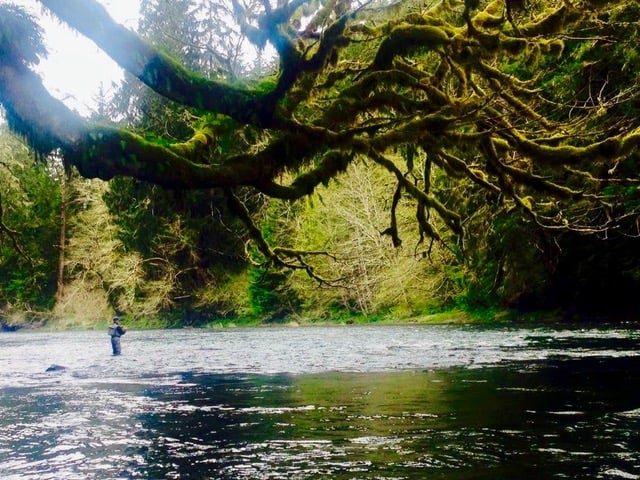 If you would like to share a special photo, or your own tribute, it will be deeply cherished and saved. With your permission I will share it on this page. You may forward it directly if you have my email address or by way of the online form below. You are welcome to leave a comment for all to read below that. With love and appreciation for being in this space with me and my family. – Sarah (a.k.a. Passionfruit, my Taiwanese blog alias. My husband, Scott, is Pickles.)