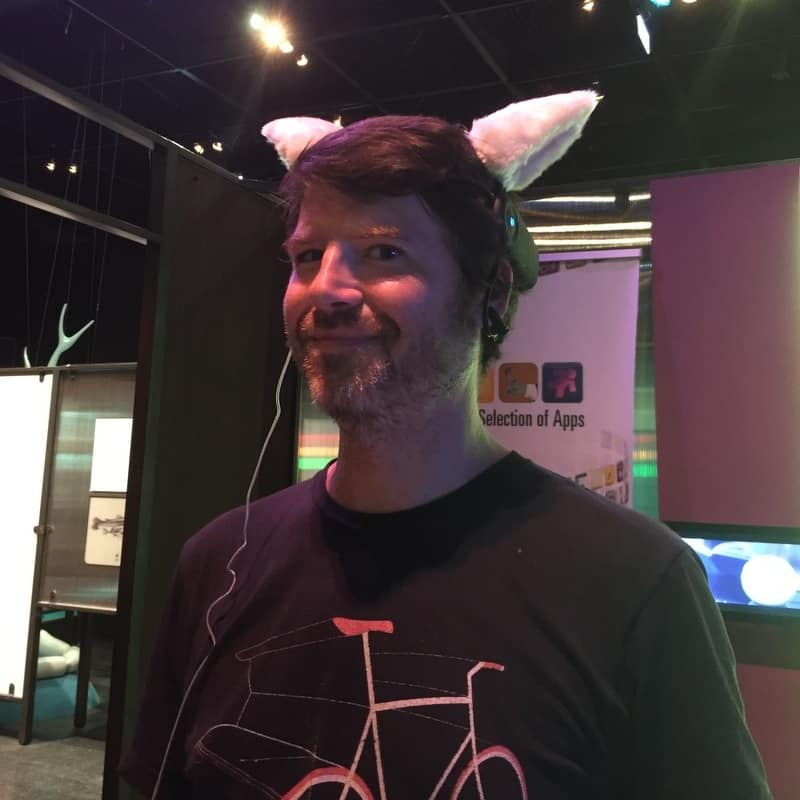 Three engi-nerds walk in to a bar

Sean, who we’ve known since 2006 when we all worked together at Wild Planet toys, flew to Taipei for business (with his colleague Wes). Today, these big brains work with Igor Institute.

Scott and I jetted up on the HSR (high speed rail) on Friday night to meet these nerds at R&D Cocktail Lab. This is the hottest place in town for drinks, with no drink menu. You simply tell the waiter what your taste buds are craving and a glass of delicious shows up. It was a busy night because there was a guy celebrating his divorce. I like to think his ex had Saturday night reserved for her party.

Minus the cilantro garnish, R&D nailed my favorite cocktail of all times, the Going Up at Sapphire Hotel in Portland. 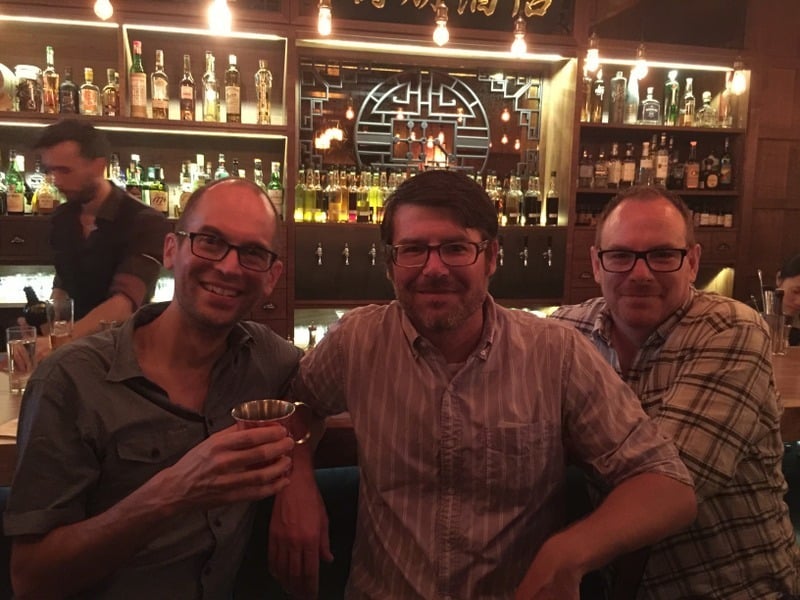 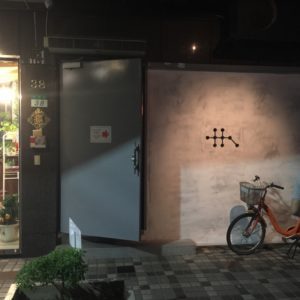 This is what working in the toy business circa 2006 looks like, kids. 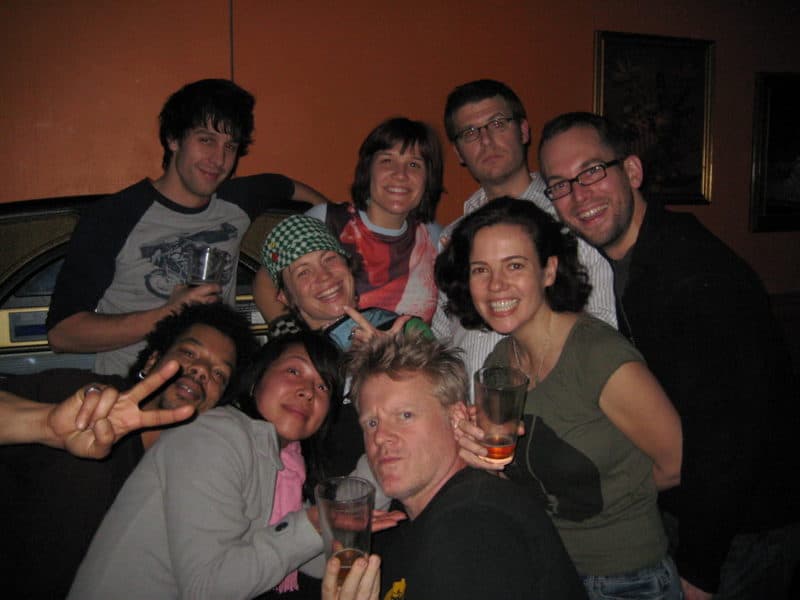 Luckily, we found a NET (the Gap of Taiwan) and he acquired some tropical appropriate clothing. 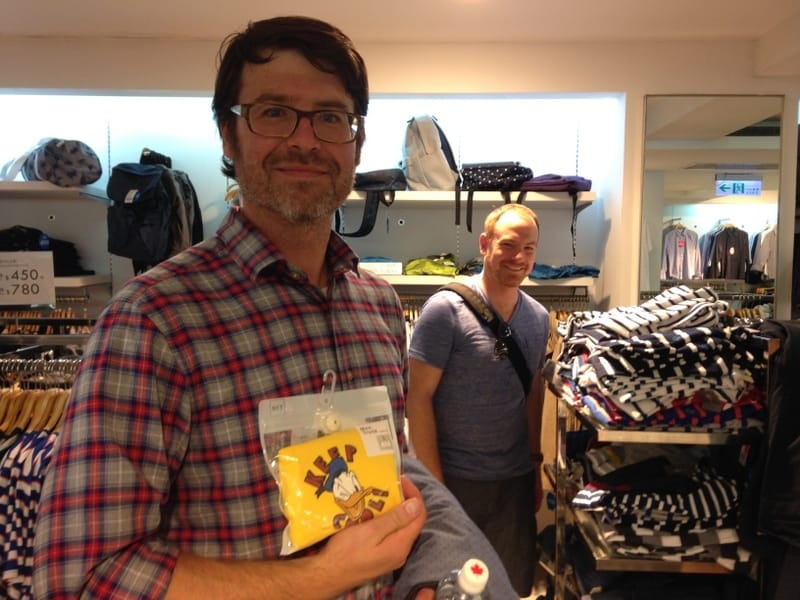 Sarah did some shopping too 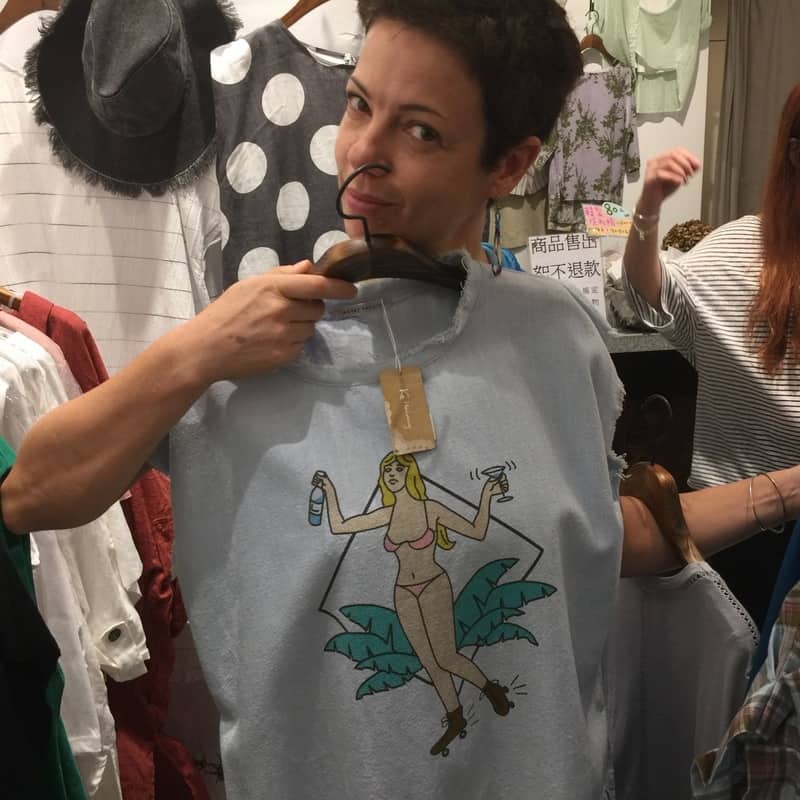 That’s Taipei 101, the tall one with blue lights. We went to the upper viewing deck. 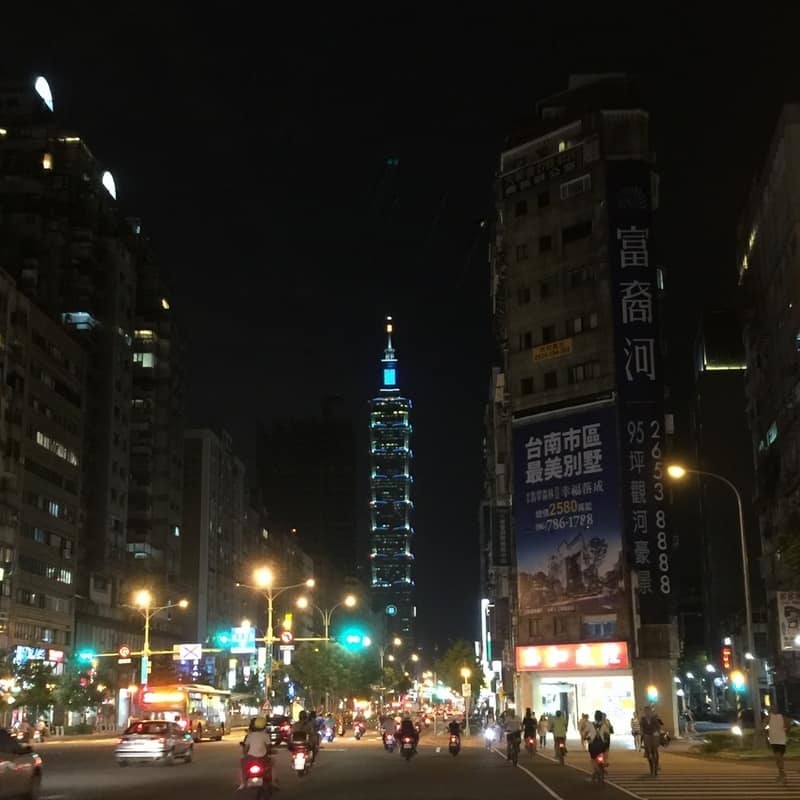 It was the world’s tallest building until 2009 when some other building in Dubai added a taller spire. Umpff. Taipei 101 has the largest damper sphere in the world and it’s one of the most stable buildings ever constructed which is incredible when you consider…

BUT HOW COULD IT POSSIBLE BE SAFE?

It’s got a big ball – 18 feet in diameter, yo! It’s a gigantic suspended tuned mass damper or basically a big hanging ball. It takes up four stories and sways to offset movements in the building caused by strong gusts. 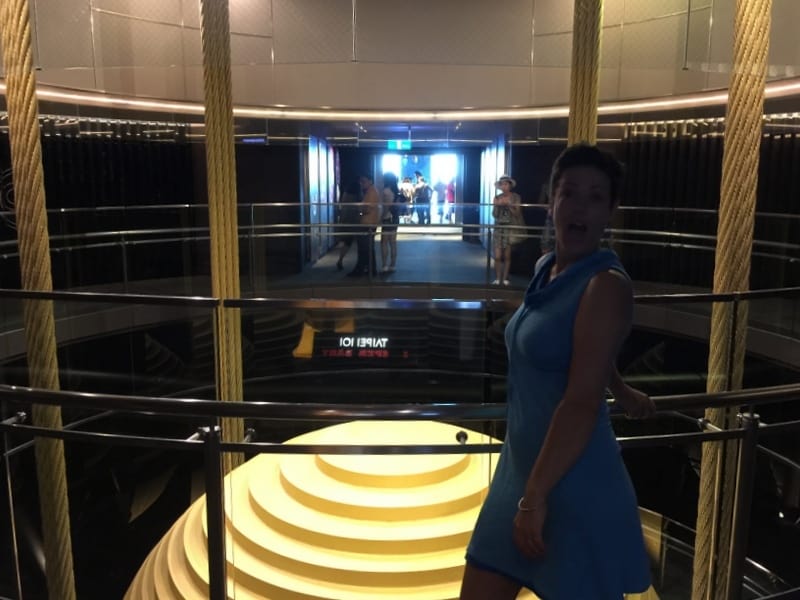 The popular Sanrio designed animated Taipei 101 characters explain it best!
(you will be directed to a 2 minute YouTube video). 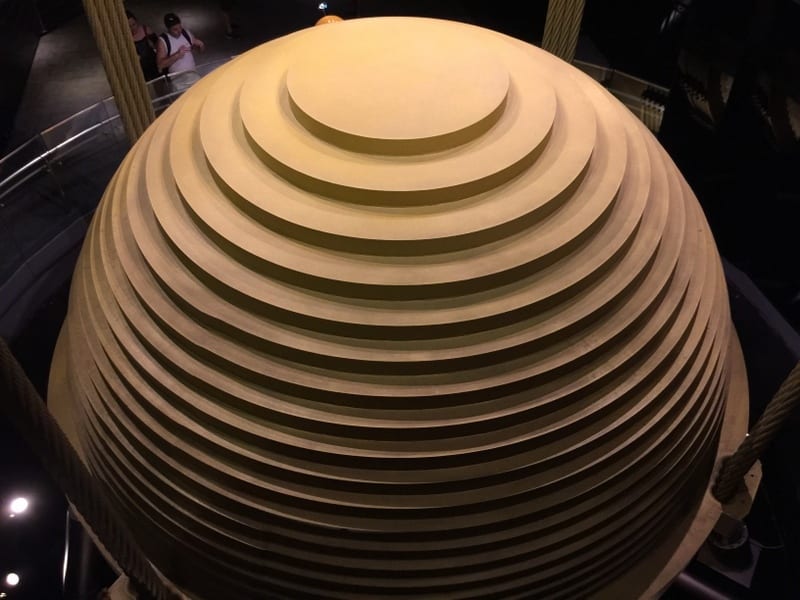 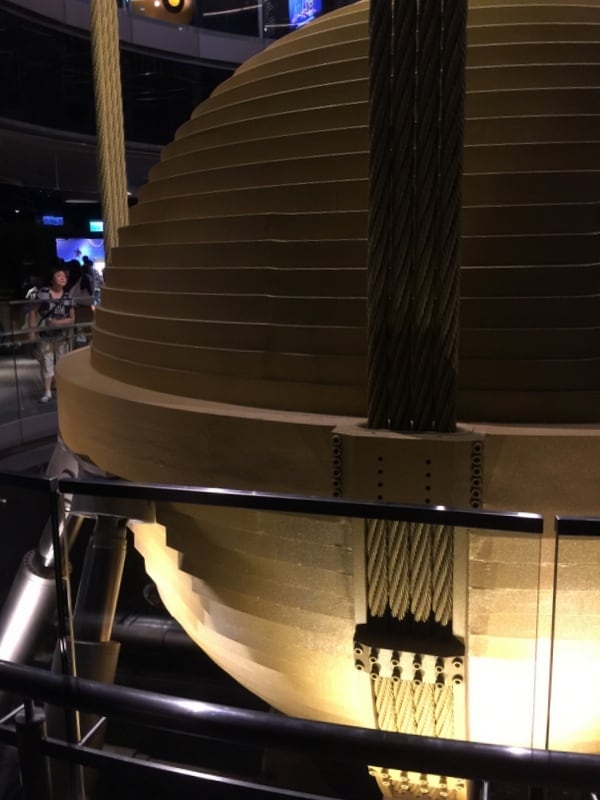 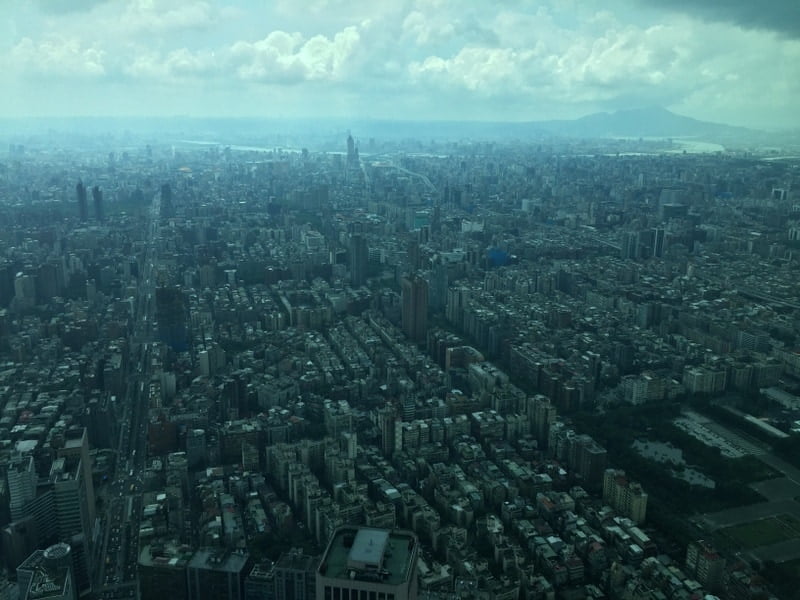 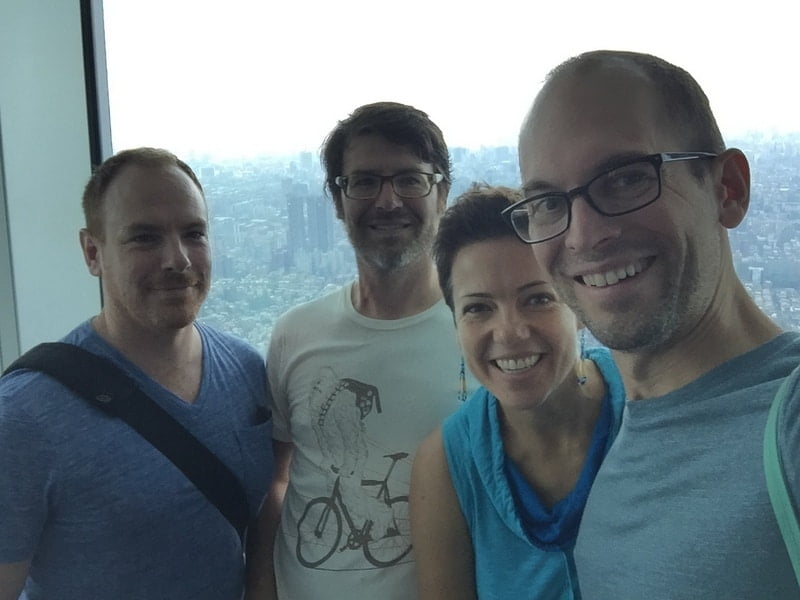 After all this excitement we hopped back on the HSR and headed down to Taichung.

So long Google Glass.
The future wants to communicate via bunny ears.

You saw it here first, compliments of The National Museum of Natural Science. 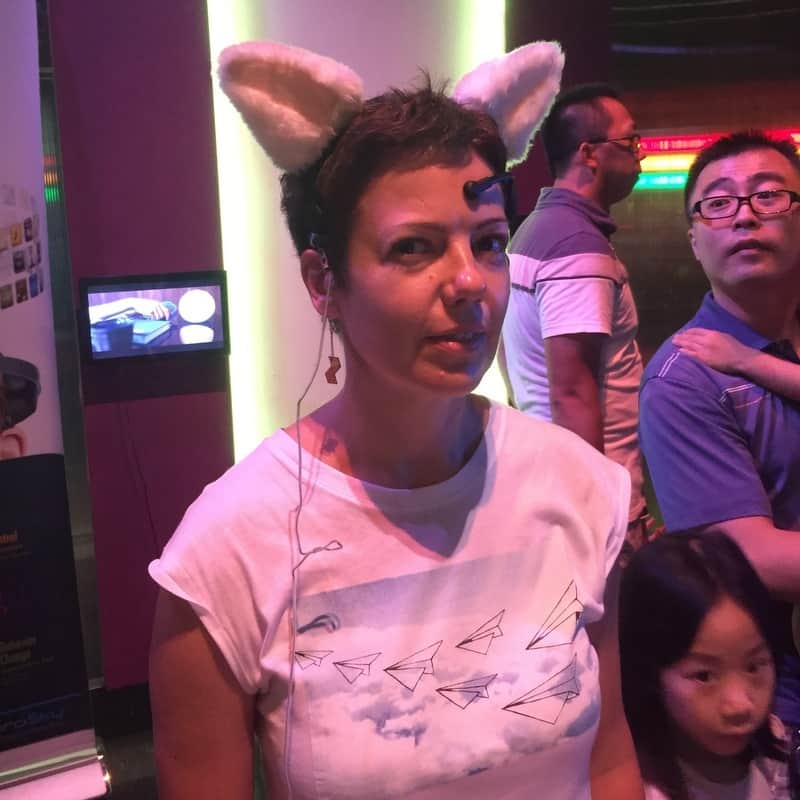 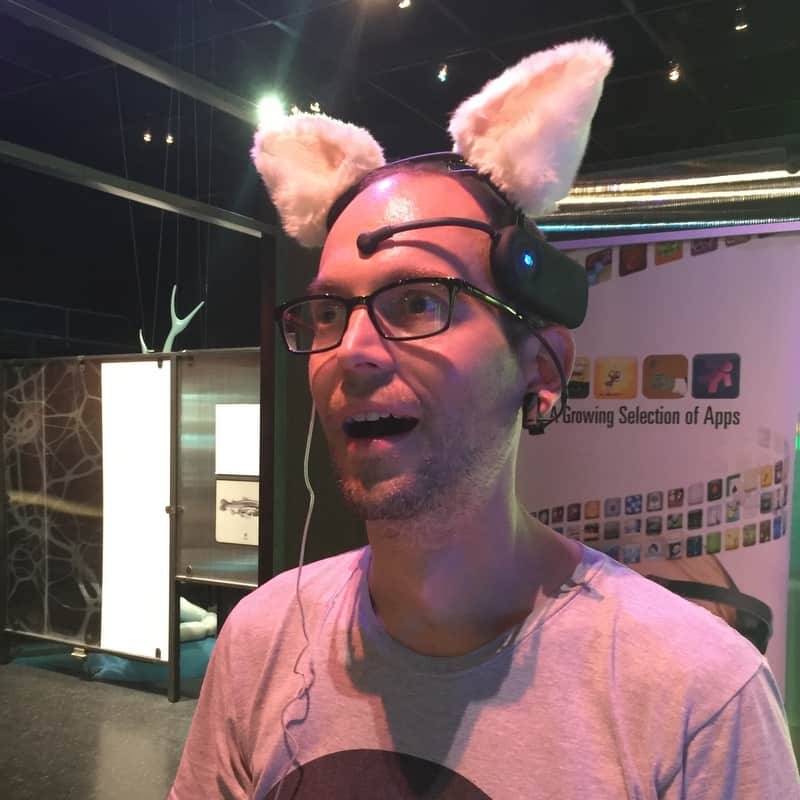 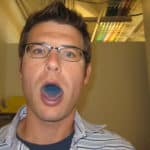 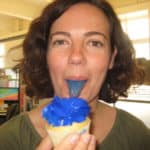 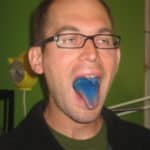 Beers in Corgi park (aka Calligraphy Park) with Mr. Wuller

Read more about Mr. Wuller in our Craft Beer post. 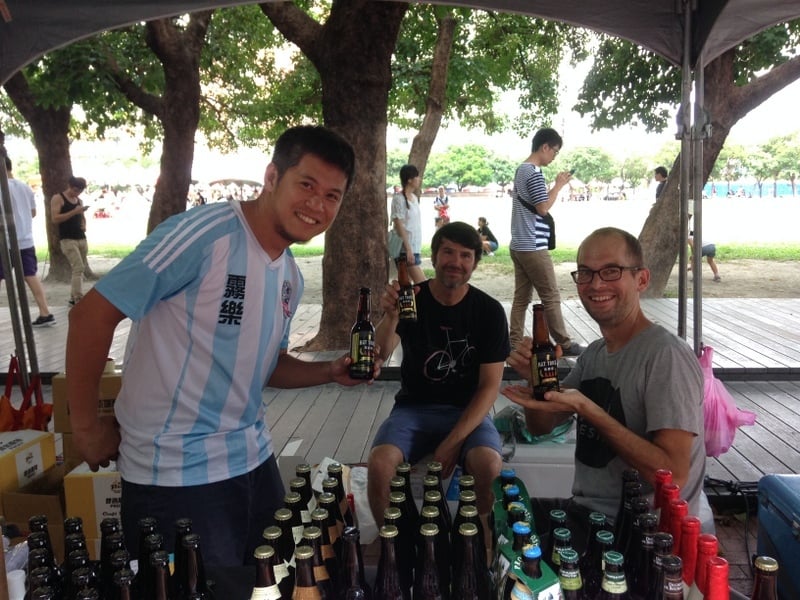 While the nerds sipped beers… 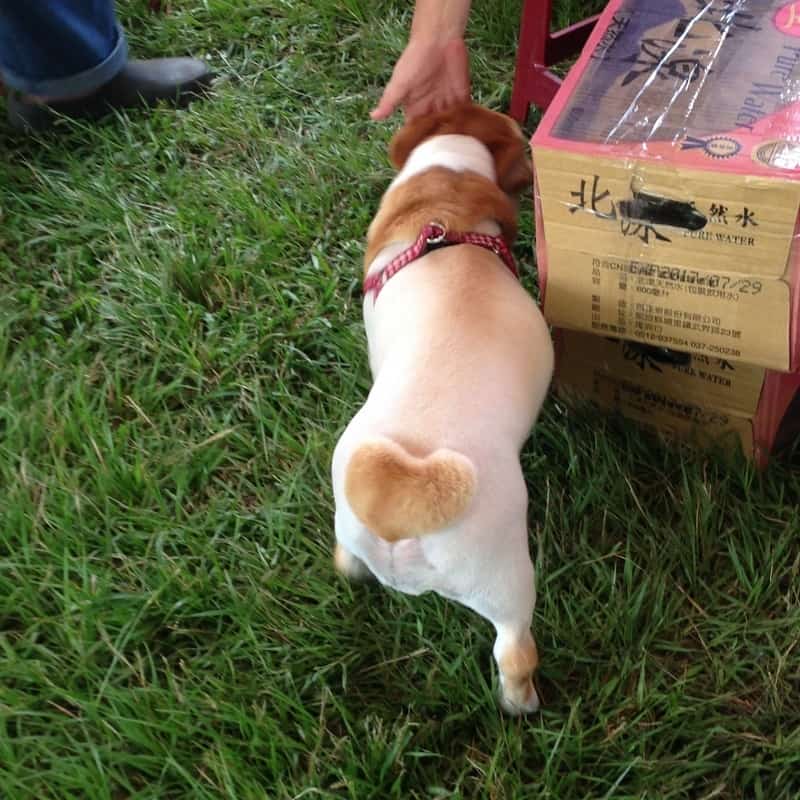 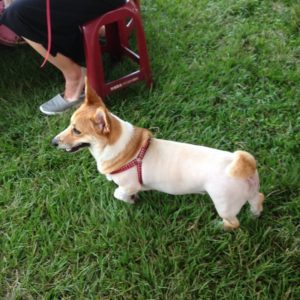 Thanks for visiting, Sean! We hope you score another work trip here in the near future. 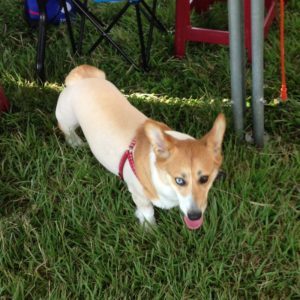