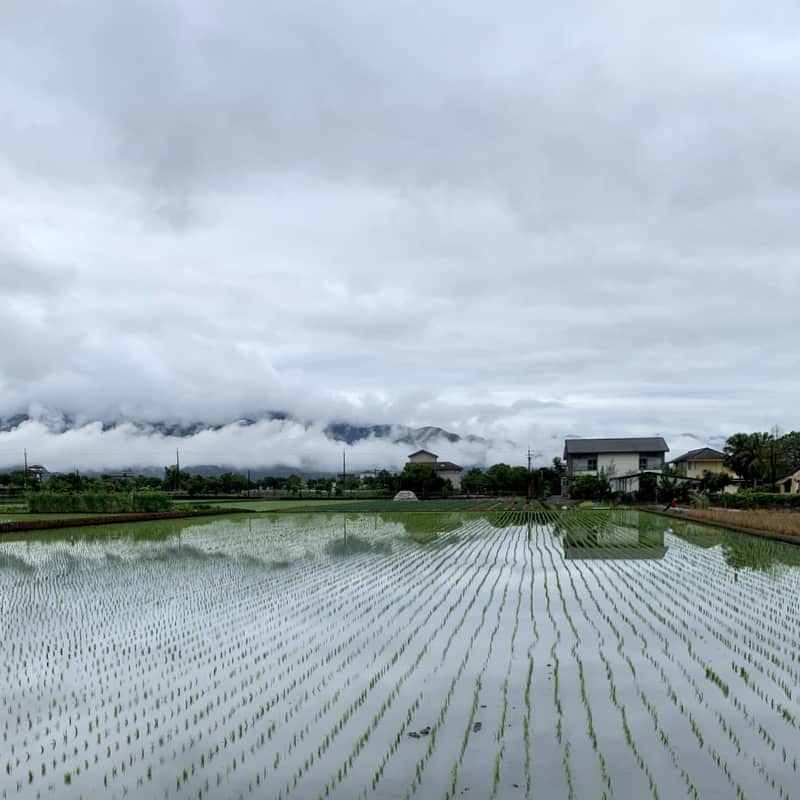 This is a new favorite escape from Taichung (aka 2.8 million people). The reality is that 24.5 million people are on this island, which is a lot considering it’s 1/3 the size of Oregon which has a population of 4 million. When we find peace and quiet we get VERY excited.

Yilan is nestled in the quiet northeast area of the island. We’ve become smitten with a “suburban” area called Sanxing, a 3 hour drive from Taichung.

Our friend Michelle recommended the Hiking Linmei Shipan Trail, which we hit up on the way out to stretch our legs. Bonus: farmers were selling their fruit at the trailhead, so we purchased a bag of kumquats to nibble along the way. There’s another trail in this area, Yuemeikeng Fall, we’ve been wanting to get to, but couldn’t find the trailhead. Taiwan has a plethora of trails systems, but maps are slightly difficult to read in Mandarin. Oh, and ‘North’ is not always pointing upward as we’re accustomed to in the western world.

Aside from kumquat season, it’s also prime orange and tomato time around here. However, these Yilan tomatoes are shaped like turnips! Taiwan grows so much delicious fruit. After 5 years we’re still being wowed by the variety. And yes, a tomato is considered a fruit here, hence tomato fruit bubble teas. 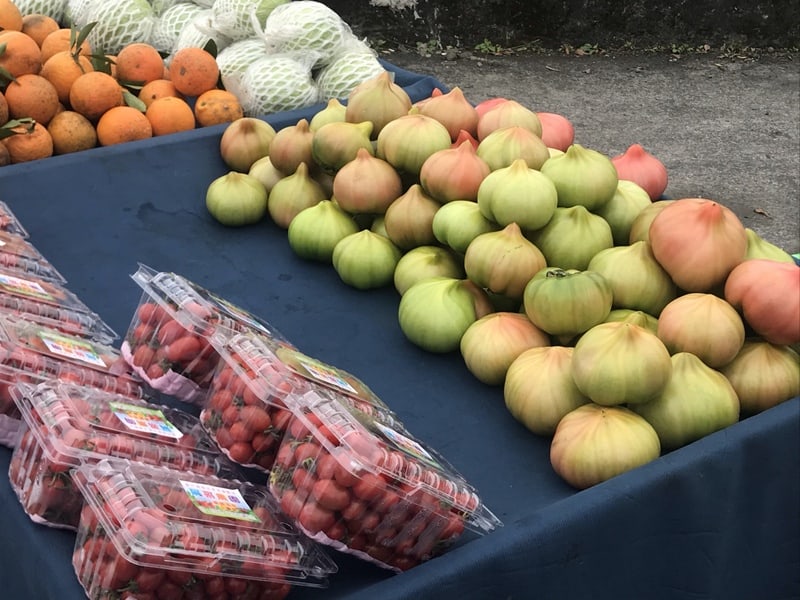 We didn’t want to ruin our appetite because we had a reservation at Shen Yen Teppanyaki. Last time we were in Yilan our bnb highly recommended it, but we didn’t have time. We made a point to go this time. FRESH EYES! This is the type of place that we would normally speed by, because it has tour buses out front, but we channelled our FRESH EYES and went for it. It was great! The food is focused on fresh and local to Yilan, cooked right in front of you on a big semicircle grill with about 12 people sitting around watching the chef perform. Because it’s Taiwan and there’s still no community spread of COVID, there are clear plexi-glass dividers between families just to be safe. One never feels unsafe here which could be Taiwan’s tagline.

This is what the ‘hood looks like right outside the bnb…

Many farmers in this area were active planting rice seedlings using this clever machine. Rice is a main staple in the Taiwanese diet and there is a dizzying array to choose from. Imagine your average American grocery store’s cereal aisle, now replace all those boxes with vacuum packed bags of rice. That’s what our grain aisle looks like here, except it’s mostly grown locally. Taiwan invented Farm To Table!

Our new favorite stay here is called Lei Garden which we stayed at once before. It’s in the countryside with sparse neighbors and along some very long walk/bike paths which we were anxious to explore further. It’s operated by a family whose daughter (Lynn) is fluent in English. She told us about Shen Yen Teppanyaki and offered us lots of tips on what to eat and do in the area.

During our stay, Lynn had a friend visiting from Taichung who is a cinnamon bun connoisseur. Their business partnership is fuzzy, but basically they buy cinnamon buns from all over the island, taste them, and then post groovy photos to their Instagram and YouTube channel. You could call them cinnamon bun influencers, and we don’t think it pays much. We learned that Taiwanese are not fond of the cinnamon flavor, yet cinnamon buns are trending hard! Just another thing we don’t understand. They asked about our American experience in such tastings and when I shared that I worked at T.J. Cinnamon’s in high school their eyes popped out of their heads, in pure awe. I still have and wear my T.J. Cinnamon issued apron!

It rains a lot in Yilan, so orchard blossoms (which will turn to fruit) can be trashed by the pounding raindrops. Solution? Cute, hand-installed plastic umbrellas. Taiwan is so clever.

Yilan has endless flat bike paths that crisscross through farmlands and even to the downtown area which is handy for carbing up. We spent a full day cruising around aimlessly and logged 70 miles.

After a long bike ride through Yilan, it was time for happy hour.  On our previous trip, we visited Jim and Dad’s brewery and Kavalan distillery.  But when searching “craft beer” on Google Maps (a favorite Pickles pastime), a new location: Black Drongo Brewery showed up!  On their website we read that the brewery was started by two Americans from the Pacific Northwest. Knowing this, we needed to investigate.

We drove out to the brewery for happy hour, which is a basic warehouse (called a “factory” in Taiwan) with a nice small bar in the front, brewing equipment in the back.  We pulled up a seat at the bar and the brewers came out from the back to introduce themselves.  We found out that Devon and Tim moved to Taiwan from Portland, Oregon ten years ago.  Small world!  When they first arrived in Taiwan, it was very hard to get a fresh IPA, so they started home brewing.  After perfecting their brews, they ordered brewing equipment from China and set up Black Drongo in 2020.  They both have day jobs and spend their weekend evenings brewing beer while Tim’s wife, Belle, runs the taps.  It was really fun to sit at the bar, have a beer and chat with Belle while the guys brewed.  She even ordered a delivery of a local Yilan noodles for us and the brewers so we could continue being barflies.  It had the most PDX vibe of any bar we’ve been to in Taiwan.  Highly recommend. 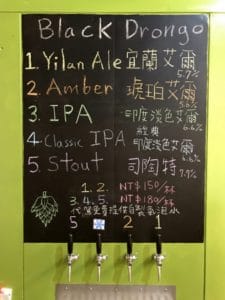 Black Drongo is a real bird here, easily spotted by its unique forked tail. It’s known for its aggressive behavior towards larger birds, such as crows, and is know to dive-bomb another bird (or human) that invades its territory. I think Devon and Tim are communicating something here. Tim also mentioned that it sounds very nice in Mandarin, which he is fluent in, so we’ll take his word for it.

On the way home we explored another hike, Shengmu Hiking Trail, a similar area as the other trail, but longer with MORE waterfall.

After 5 years, we’re still finding there is still so much more to explore. The pandemic has encouraged us to keep poking around, biding our time until all of our favorite USA peeps are vaccinated. We hope to see you soon and SAFELY! No words can express how much we miss home.

Sign up for P&P blog posts here (check your inbox for confirmation):