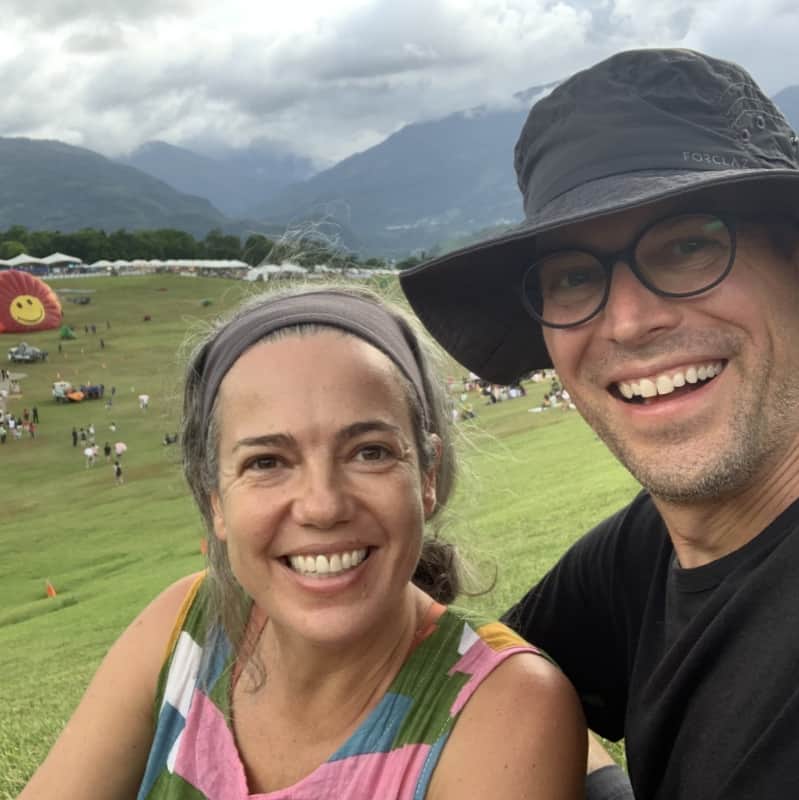 Before we left our East Coast Solar Adventure, we were already scheming on when we could get back to Dulan and the East Coast.  We didn’t have to wait too long as we learned about the Taitung County Annual Hot Air Balloon Festival running from July 11 to August 30th.  2020 marked the 10th Anniversary of the festival and we had never been to Luye where it’s held.  We heard good things about Luye, a small town tucked in between the mountains at the southern edge of the East Rift Valley. 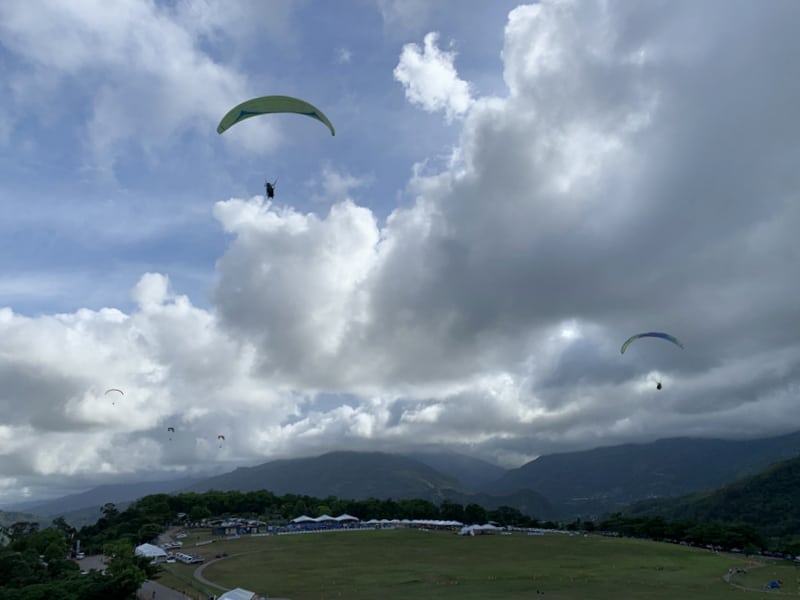 In the center of Luye is the Luye Highlands, a beautiful plateau over looking the town and the rift valley.  All year round this plateau is used by the fearless to catch air, paragliding and hang gliding.  During the balloon festival it is filled with hot air balloons of all shapes and sizes that are inflated and take off every morning and every evening.  Our plan was to watch the balloon show in the evening of August 3rd and the morning of the 4th.  The weather didn’t agree with our plan.  Due to wind and rain, both that evening and morning sessions were canceled.  We made the best of it and still went out to the plateau for a happy hour and picnic. 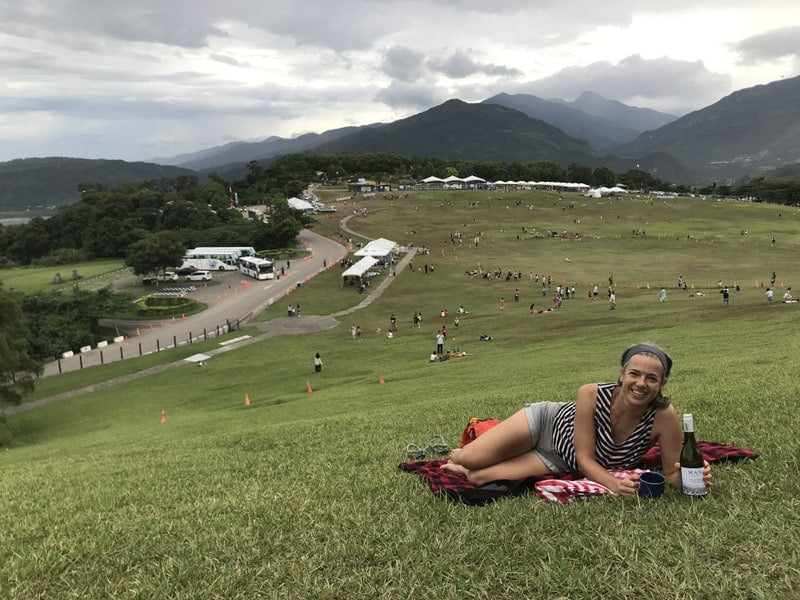 The next day we did some hiking and river tracing in the valley.  We looked for some hot springs and hikes that were marked from the Taiwan Blogger/Vlogger, Xiao Fei.  Xiao Fei, goes way off trail and finds some amazing trails and sites in Taiwan.  However, because Taiwan has Earthquakes and Typhoons, the geography changes frequently and we couldn’t access a couple of his hikes because of a road collapse.  At lease he is inspiring for us to get out and explore this beautiful island.

Because our next hotel stay was already confirmed, our last chance for the hot air balloon show was the evening of the 4th.  Fortunately, when we arrived at the field the paragliders where taking off and circling the area.  This was a promising sign for the balloons. 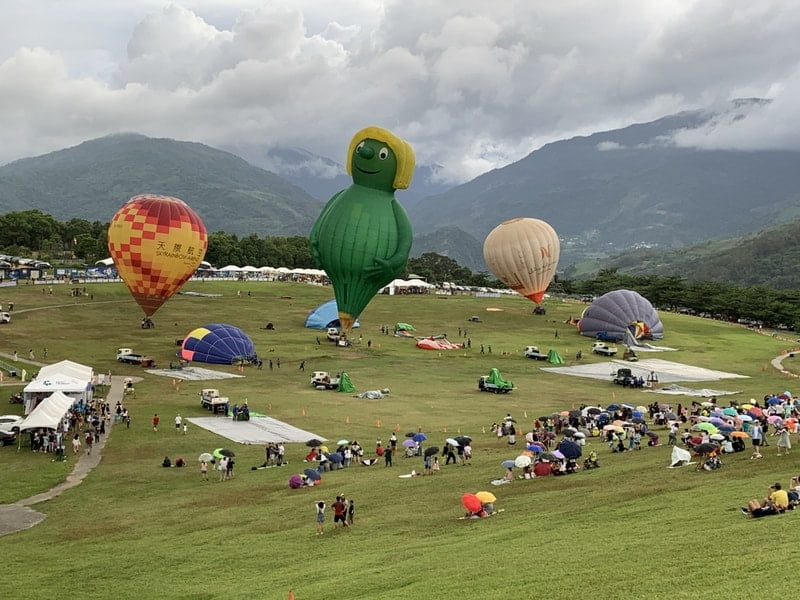 At 5pm the show started and the balloons started inflating, but before all the balloons could be filled a storm formed in the south and made it’s way up into the valley.  The downpour canceled the show for the night.  Even with the abbreviated show, we were glad to have seen it.  We were left to imagine what the full show looks like or check it out on their 24 hour balloon cam on a sunnier day.  There was no time to mope, the sun was setting and we had to get to our next destination, Dulan.

We were happy to get back to Dulan, a now familiar but comfortable relaxing getaway.

When we checked in to our hotel, Stone Party, the owners told us about a concert happening on August 5th under the full moon.  The concert was part of the Taiwan East Coast Land Arts Festival and Moonlight Sea Concert.  That night was the rock concert series.  It was a fun evening to sit and watch the sun set beyond the ocean, listen to music, and eat food from the aboriginal food stands.

In addition to playing in the ocean, we quite enjoy the food options available in Dulan.  I had read about a place that does fancy bing-da (icy treats) and fish and chips.  To be honest our expectations were low, assuming greasy fish and sugary ice.  We were blown away by the Mahi-Mahi fish and chip and the “famous” ocean wave bing-da.  It wasn’t too sweet at all, and under the wave had white tapioca (for jelly fish) and jelly seaweed (for seaweed).  Delicious!

I suppose the silver lining of being stranded on an island is we get to poke around our “backyard” a little more and discover places like this.

I thought of my dad, Jack, a lot on this trip. Then, a couple weeks ago, I received an envelope of photos from his dear friend, Pete, who was not only his business partner at Caldwell, Heckles & Egan, but a dear family friend and hang gliding buddy back in the day. These photos were taken at Breezy View, Pennsylvania, along the Susquehanna River about 1981-82 (an area close to home then). I would have been a 3rd-4th grader, Tati, 1st-2nd. 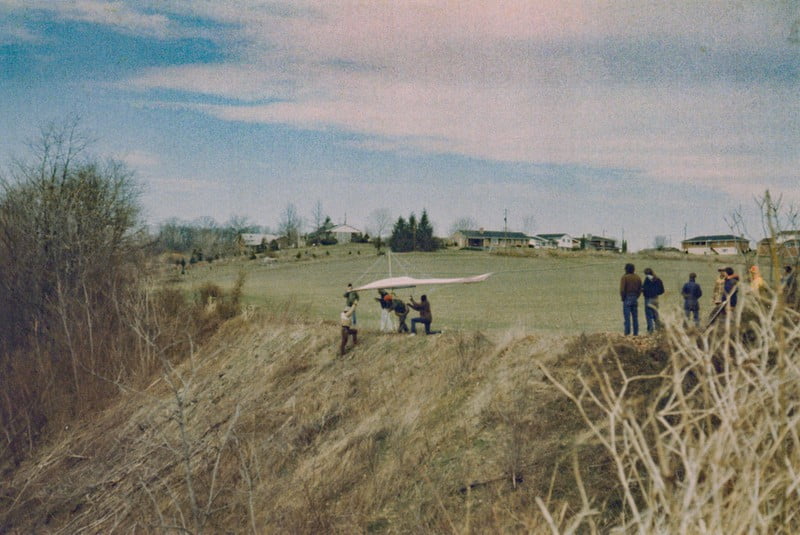 Many of our family trips when I was a kid were camping at glider fields. While Jack caught “air time”, we sisters floated down rivers in inner tubes or played with other kids in the field. It wasn’t until I was in my early 20s that he took me out for my first glider lesson, taught by him of course. I only got a couple inches off the ground before the glider’s nose took a nose dive in the ground. I was impressed with the physical strength required to balance such a contraption and I was left with deep respect for what looks like an effortless past time. 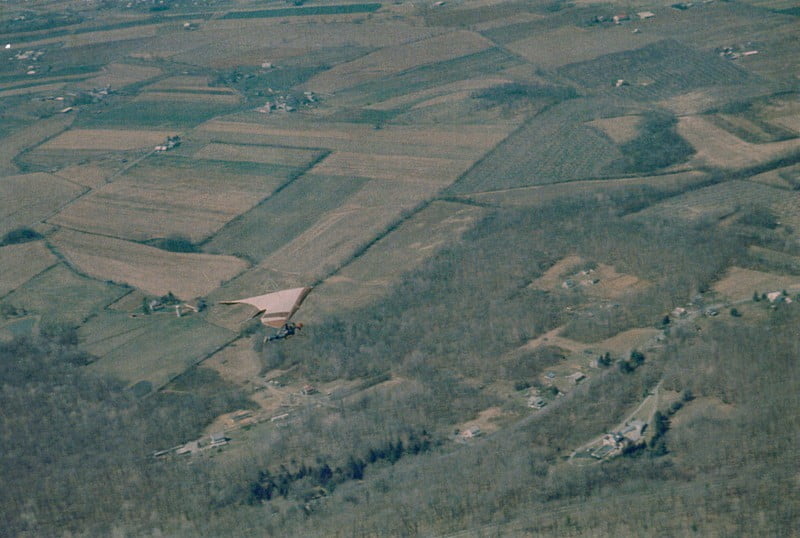 I shared this letter from my dad on a previous blog post, “A Letter To My Dad“. It’s one of my most cherished writings from him. It captures the beauty of “air time” and many parts of this trip to Luye. The last line in particular has hummed through my head since my 20s, when I received this. 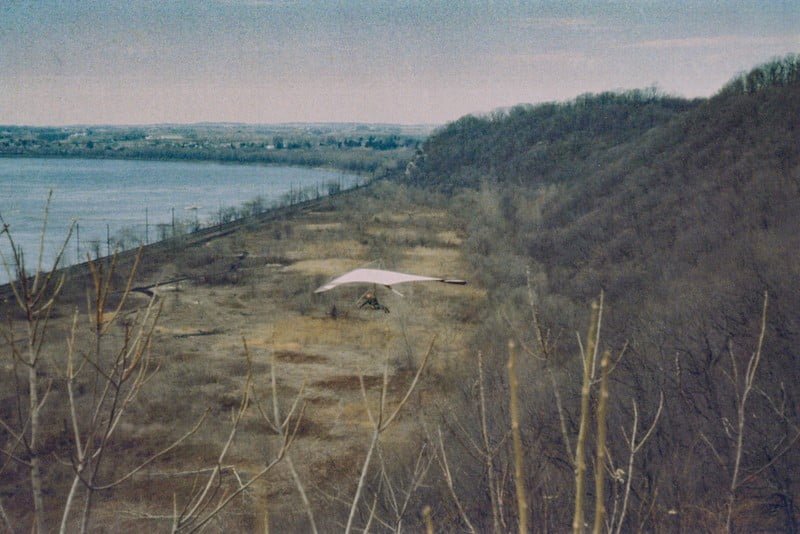 My dad liked to say that if you can’t die doing it, it’s not worth doing. It’s remarkable that my sister and I have lived as long as we have with this “advice”.

Pickles and I are hoping for times to be safe in the USA so our family can gather and celebrate Jack’s life. Fingers crossed the pendulum swings in November because we need public health to be a priority for many reasons – this reason being high on our list. Until then, let us stumble through grief with love and gratitude together.