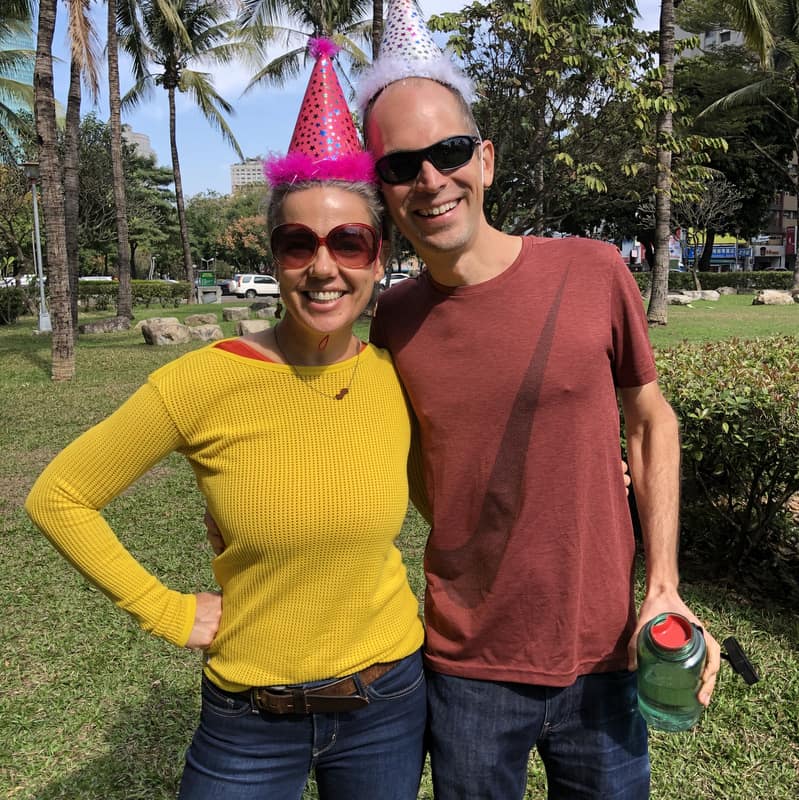 The biggest haps is we reached our 4-year anniversary of living in Taiwan (Dec. 27, 2019 to be exact) which also means this blog is the longest digital project we’ve ever taken on. Thanks for following us for 4 years! We promise we’ll return at some point. We’re just waiting to see who wins the 2020 election first. 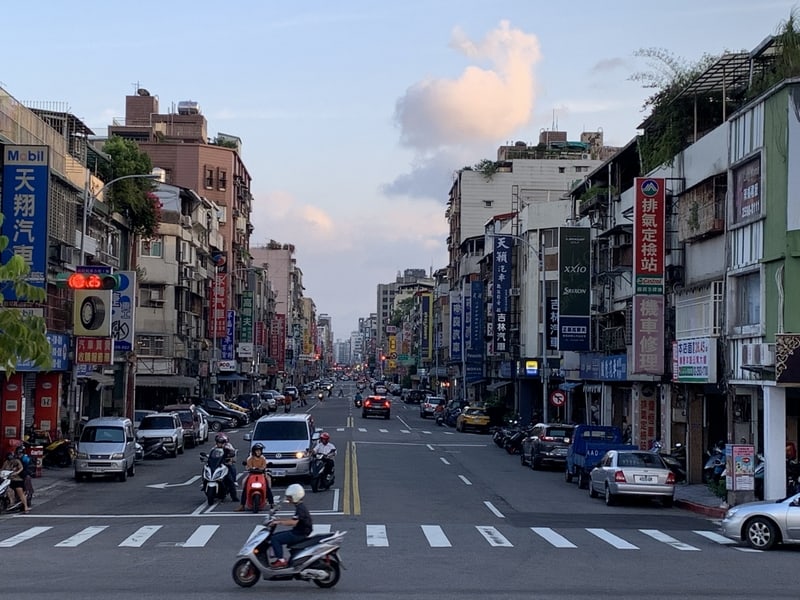 The Magic is Still Alive

It’s our tradition to post at the end of each year in Taiwan… sharing the latest of the day to day, new reflections on culture, attitudes and what continues to make Taiwan magical for us.

Lately it’s: Taiwan’s capable management of a health crisis (tip: group harmony and trust in the gov. is the secret sauce), national healthcare (love this!), hashing in the wild (offsets our dumpling calories), our ability to make sourdough bread (with limited access to all those fancy artisanal flours you can easily get at home), the continued calm and friendliness of the Taiwanese (hope this sticks to us), living without road ragers (it’s not a thing here), well maintained roads for cycling (keeps us sane), our fellow expat friends who make the day to day feel so easy and… DUMPLINGS! All magical.

Not magical: Caterpillar bristle rash and …

As we write this we are all in the middle of the global Coronavirus epidemic. It’s been a big deal for the past two months over here. Thankfully, to date, Taiwan is on top of it. The response has been a calm, transparent, and conservative approach that offers daily updates. We feel very comfortable and safe here. As news broke, Taiwan suspended schools and instituted online learning so that kids and families stayed safe. Kids all returned to school on February 25th (and parents sighed with relief to have them out of the house). Life appears rather normal with everyone taking obvious precautions. Public establishments take forehead temps upon entering, hands are sprayed with alcohol, soap washing stations abound, airplane travel is put on hold, etc. It’s also reassuring that Taiwan has National Health Insurance (NHI) which we qualified for 6 months after moving here.

We also noticed that Taiwan’s people, including us, seek care immediately when unhealthy because access is easy and affordable. It’s unheard of to hear of people feeling anxious and nervous that it will cost too much and therefore put off going to see an expert. You just go! Problems don’t spiral out of control. We bring this up because Universal Healthcare is a huge leg-up in controlling things like COVID-19. It doesn’t discriminate – everyone has access to it.

Taiwan’s care is modeled after the United State’s:

… fundamentally, [Taiwan’s] NHI “is modeled after Medicare [in the USA]. And there are so many similarities — other than that our program covers all of the population, and Medicare covers only the elderly. It seems the way to go to have social insurance.” – Michael Chen, VP and CFO of Taiwan’s NHI Bureau (source: wiki)

We hope that someday the USA can offer its citizens (aka us!) Universal Health Care and join other countries like Taiwan, Japan, South Korea, most of Asia, New Zealand, Australia, Europe and Canada to have a National Single payer system. At this point, it’s far from radical.

We enjoyed this breakdown from John Oliver on the topic:

Until then… wash those hands (with soap while singing happy birthday TWICE) and don’t touch your face and you should be fine.

A Jar of Gratefuls

The perfect segue! We still keep up this tradition – stuffing grateful thoughts on slips of paper and stuffing them in a jar throughout the year. We read our 2019 gratefuls at our favorite taproom, Taihu’s rooftop patio in January. 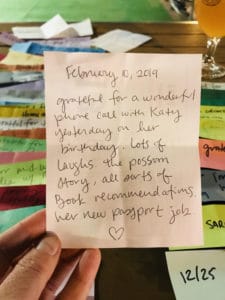 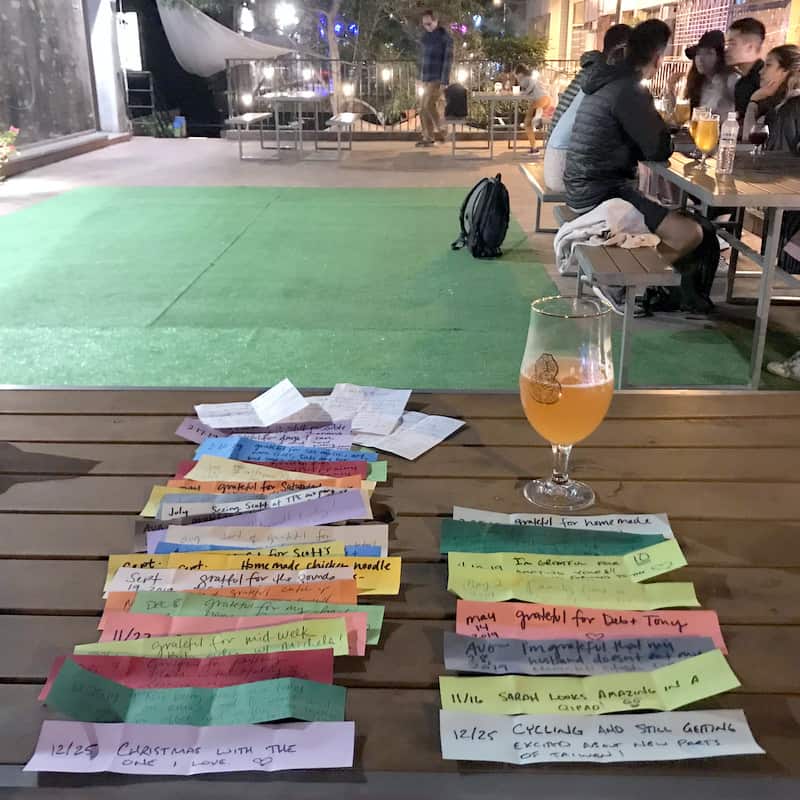 On occasion, I’ll drop in on a Taichung Urban Sketch class (ink + watercolor on location). This is a global community/movement! My friend Sachiko introduced me to the class (she’s originally from Japan and not fluent in Mandarin). Unfortunately, for us, the teacher only speaks Mandarin, so we miss a good part of instruction and architectural history. On the flip side, the locations are always interesting; often in tiny nooks and alleys in the city. I’m blown away by the talent in this group. The instructor has published an impressive collection of his work and is on Instagram if you’re keen for more, @artschu

My friend Holly introduced me to a pottery class. It’s taught by a local who’s originally from the states. It’s refreshing to learn something in my native language! I take classes on the wheel and sprinkle in some open class time doing hand building projects. I’m starting to learn how to make big plates on the wheel which is a good challenge!

Sourdough Bread! Pizza Dough! Pickles! Ginger Beer! Yogurt! It’s gosh darn Portland around here. We made a page of all these favorite recipes and welcome you to post your favs in the comments. Please, we have an Instant Pot now. We can make anything! 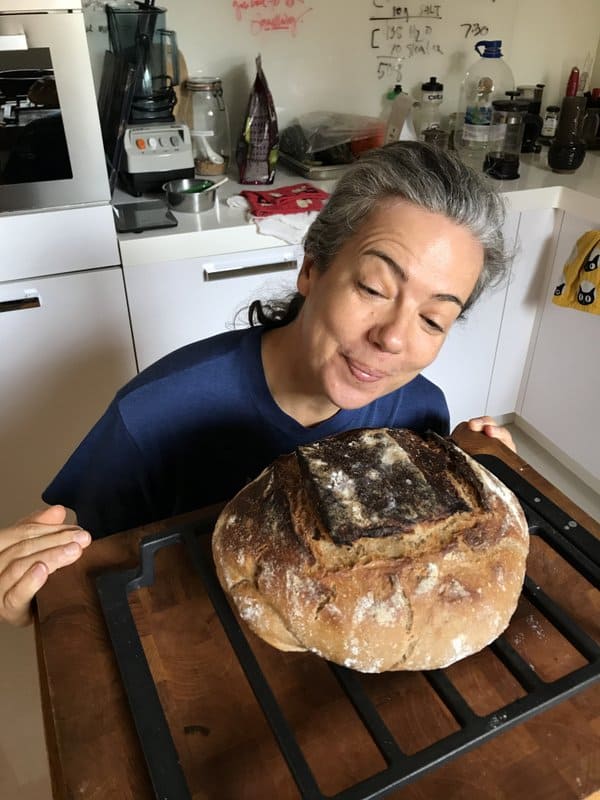 Inspired by the Tartine Bread book I learned how to make a big crusty loaf of sourdough bread. It’s a dream come true! A Taichung bread-making friend gifted me her sourdough starter (a.k.a. wild yeast or levain).  I spent a couple of months experimenting… and failing. Then I shattered my glass starter jar which is bread maker’s nightmare. Pickles, who loves my new hobby, jump to action. He secured more gooey gold starter from the best bread shop in Taichung (the owner even worked with TARTINE)! I got back to it and with good instructions (Breadtopia is my go-to) and not winging it (I weigh all ingredients now), I can now make a decent loaf in about 14.5 hours. Sadly, I can only make one at a time because our Taiwanese oven is the size of a microwave.

Of course in addition to exploring Taiwan and traveling, I continue to enjoy leading a team of project managers on the Innovation Team in Taiwan.  It takes many years for innovation projects to make it to the market, but in year 2019 a number of shoes were launched that my team and I worked on: 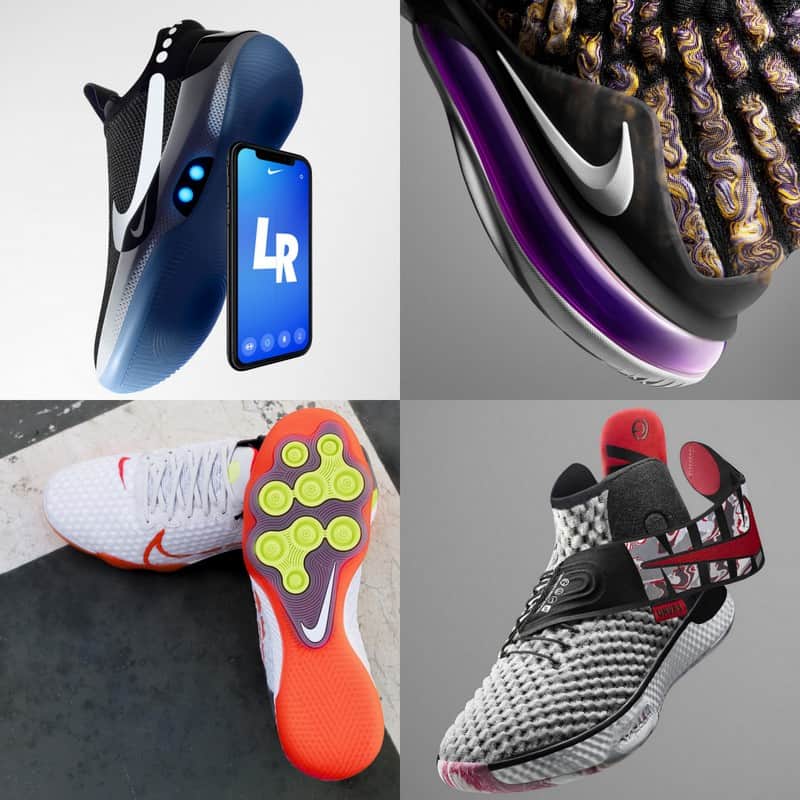 I have a small community of cycling colleagues which is awesome! I try to bike in once a week to one of the facilities that I work with.  It is a good 40 km ride that takes us less than 2 hours.  Thankfully there are showers at work. 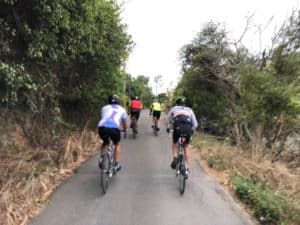 Portland prides itself on keeping things weird, but Taichung may have conquered that #1 spot with these gems: 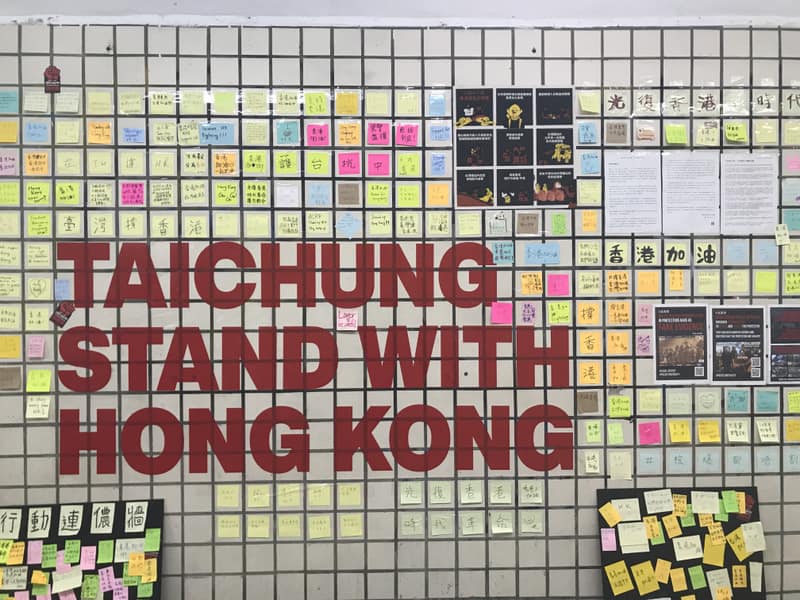 Our underground walkways have morphed to “Lennon Walls” in solidarity with Taiwan’s democratic neighbors in Hong Kong. The people of Hong Kong, particularly the younger generation, have grown up with democracy and freedoms that are not permitted under the rule of China.  Watch the excellent Netflix documentary: Joshua: Teenager vs. Superpower (trailer) for the events leading up to the latest protests. Taiwan has been paying close attention to the protests in Hong Kong as China also puts continuous pressure to make Taiwan part of China. 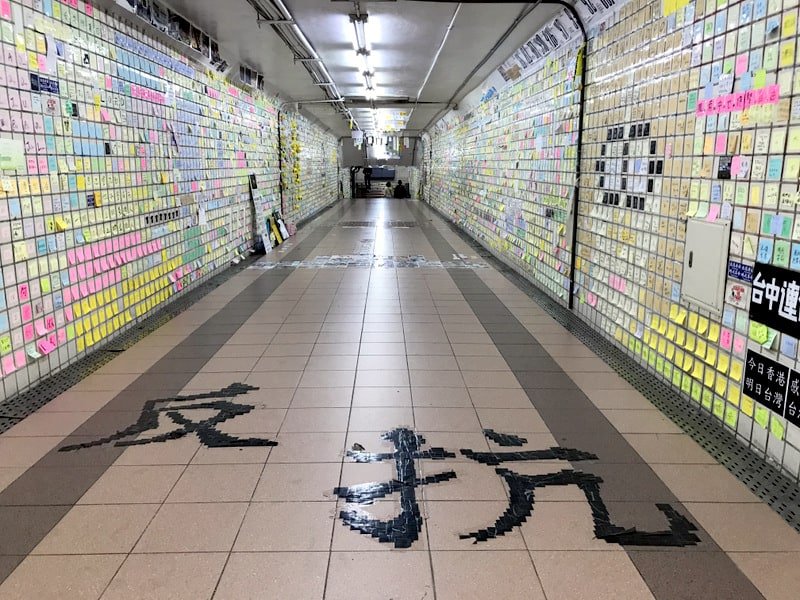 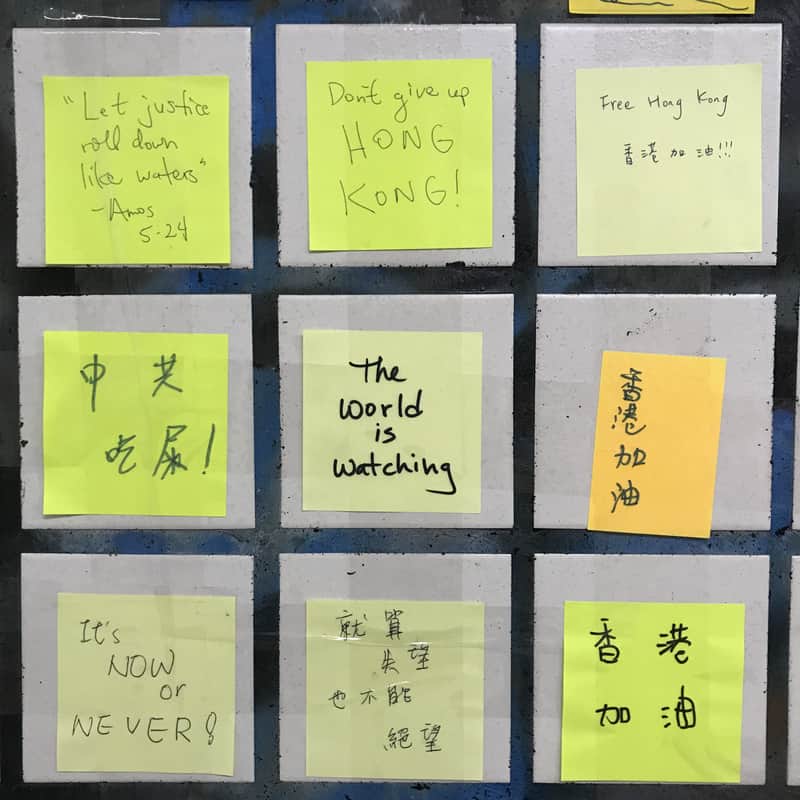 With the backdrop of the protests in Hong Kong, Taiwan’s president Tsai Ing-wen said this:

“The protests in Hong Kong are proof that China’s “one country, two systems” model does not work, because authoritarianism and democracy cannot coexist”. 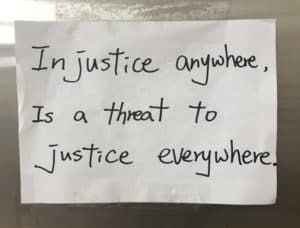 Taiwan’s presidential election was on January 11, 2020 and President Tsai Ing-wen was re-elected by a landslide! She consistently supports human rights, democracy, free speech and press – all things that could be threatened if the opposing party had won. The opposing political party wants to have closer ties with China, but thankfully as proven in this recent election the majority of Taiwanese are like Americans and enjoy democracy and all those aforementioned freedoms. 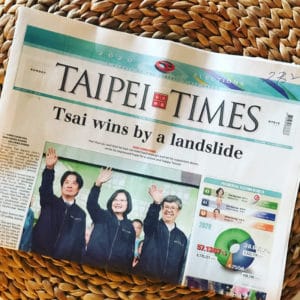 Passionfruit will admit to not knowing exactly where Taiwan was when we considered moving here. We’ve learned a lot since then. It’s a small and mighty island and we have become very Taiwan proud!

Many things were new to us upon moving here, and this was one – no tipping! Now that we’ve traveled extensively in this part of the world, we’ve learned that this inequity is almost exclusively practiced in the USA. Here in Taiwan tipping isn’t expected, EVER … or in Japan, South Korea (all Asian countries), Australia, New Zealand and Europe. Why? Well, this explains it. The stuff we never learned in school… on the flip side, change it slowly occurring on a smaller scale. Keep your eyes peeled…

Zazie, our favorite restaurant in San Francisco was an early adopter of the Gratuity-Free movement, taking tips out of the equation in favor of living wages and revenue shares for everyone. Support them next time you’re in the Bay Area!

Except the last Saturday of each month, we hash every weekend. I completed my first co-hare (a.k.a. help set a trail run) with “Beer Mom” (who is a long time hasher so I learned a lot) and “Shut the Fedora Up”. We did our first exploration by bike, followed by two more on foot and then the final the day of the hash, that’s 7k each time! Exhausting… yet fun.

Taupe on a Rope

Our favorite young ‘n turned 4 last month in January! Michelle and Alex hosted a lovely party in the park across the street from our apartment. It was a beautiful day and Eloise was dressed to party in rainbow crown (made by Auntie Passionfruit) and the famous HBD specs. 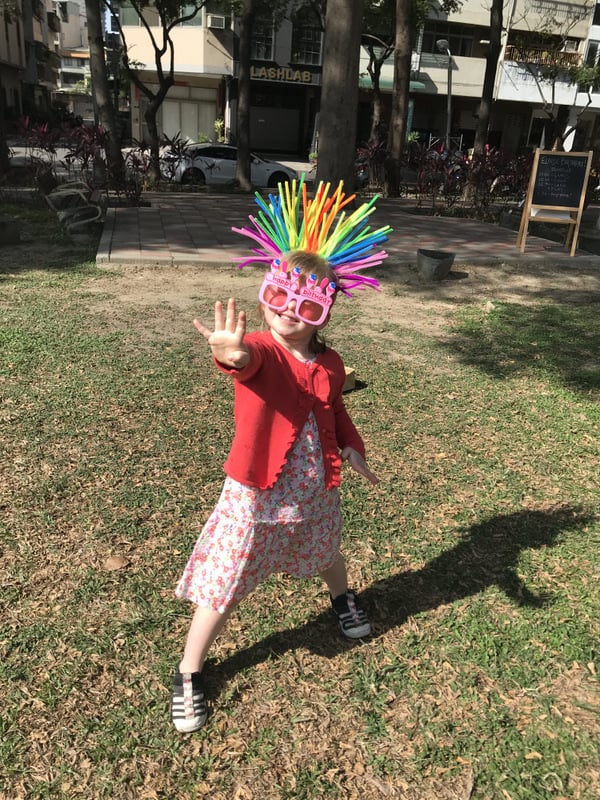 We miss you. Please… stay healthy, register to vote, keep washing those hands, don’t touch your face and say no thanks to the hand shakers!

Up next on the blog machine is New Zealand – still the most beautiful place on earth to us.