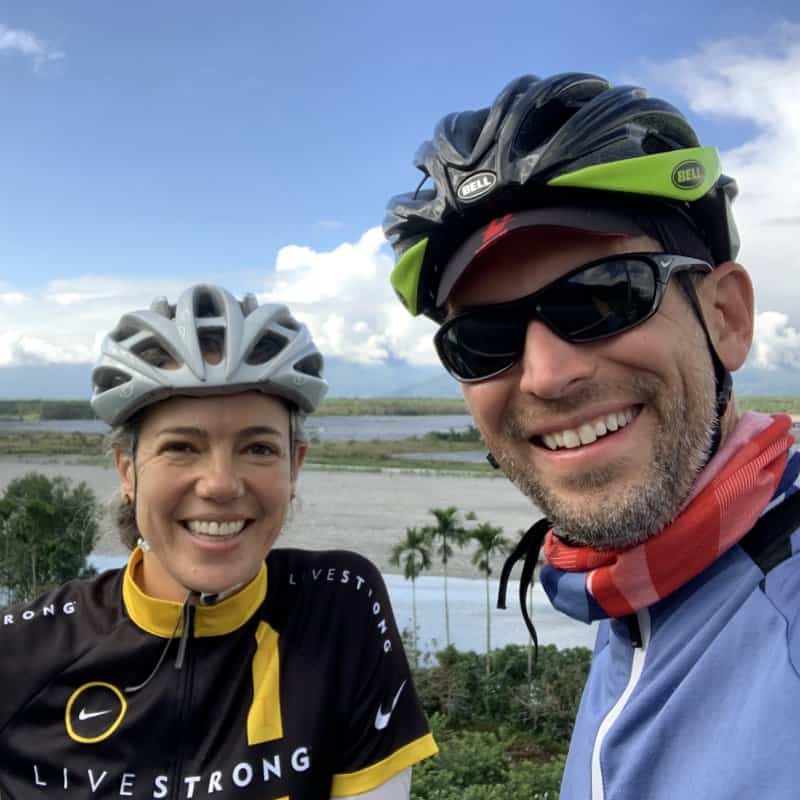 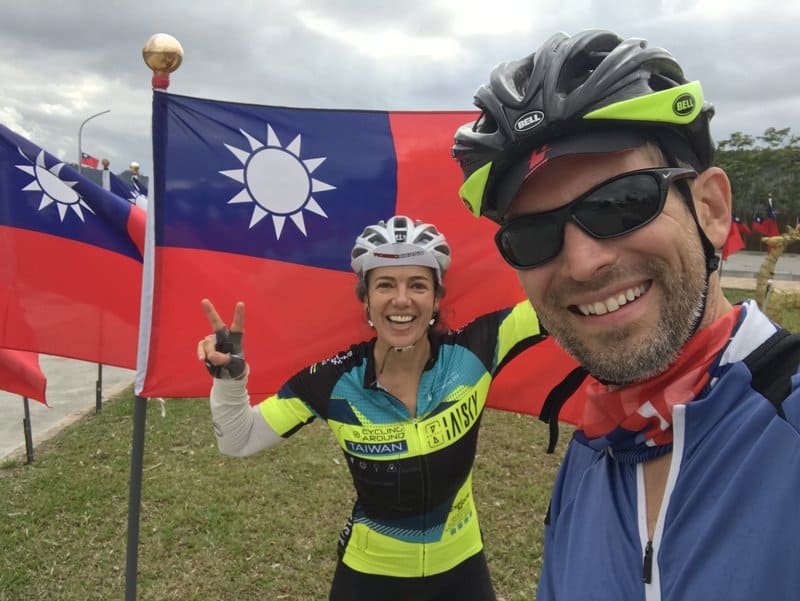 This holiday we decided to take a Taiwan staycation and bike the East Rift Valley of Taiwan’s east coast. We booked this trip in 2017 but suspended it when Passionfruit herniated her L4 lumber. Boo! She spent the summer of 2017 going to daily physio therapy for 4 months straight, avoided surgery, and got back on the saddle! We finally reignited these plans and crossed our fingers for good weather.

Earthquakes aside, we love living and traveling along the ‘ring of fire’. All that tectonic plate action creates amazing therapeutic hot springs and a ruggedly wild beautiful landscape. This valley has it all and ranks in our most beautiful places in Taiwan.

The Rift Valley is located on the east side of the island between Taiwan’s central mountain range at 3,860 m (12,664 ft) and the coastal mountain range. It’s about 180 kilometers long from Hualien City at the north to Taitung City at the south. Aside from these two cities, it’s sparsely populated by mostly Taiwanese aborigine. 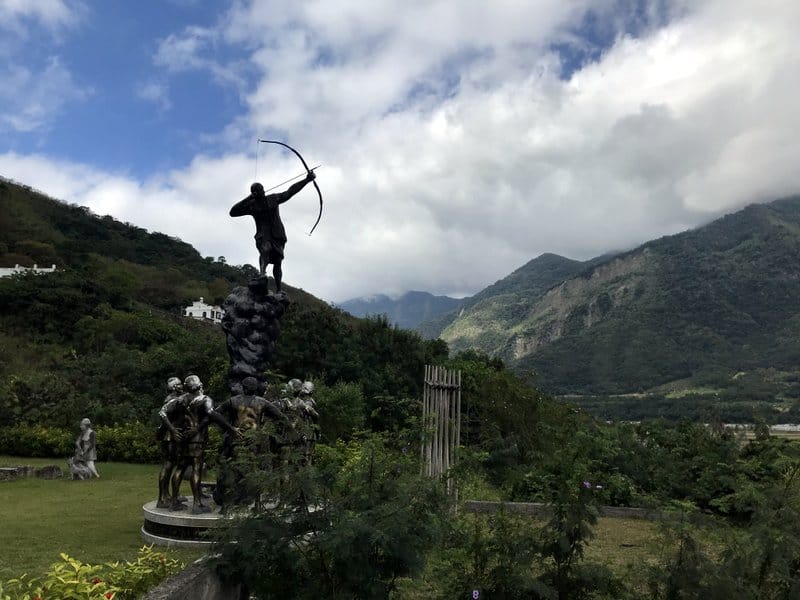 It’s a steep-sided valley formed by the downward displacement of a block of the earth’s surface between nearly parallel faults or fault systems. 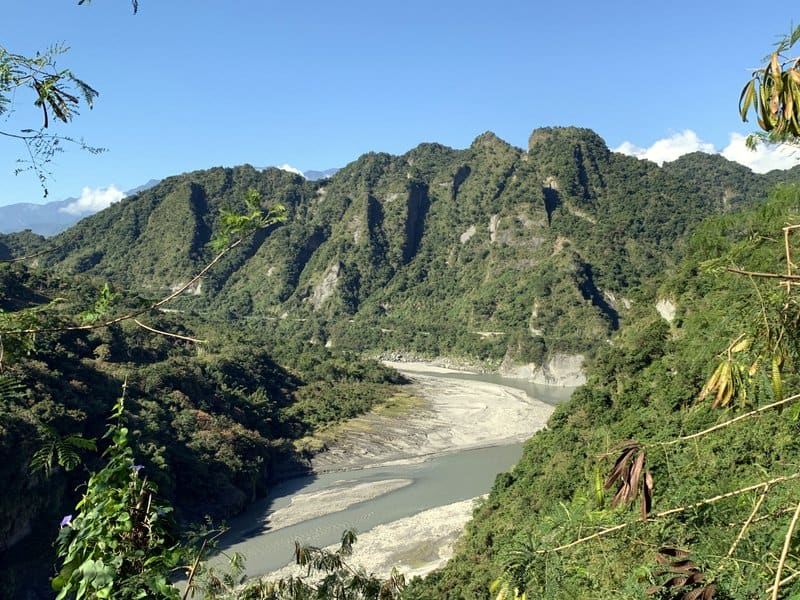 We drove our mini van to the central part of this valley; which would allow day rides south and north and parked it for the next couple days at …

Taiwan has an extensive train system with a high speed rail that runs up and down the west coast where 90% of the population lives. There are also regular trains that operate around the island. They’re all clean, affordable and run on time! This train system was key for our trip once we arrived in the valley as it would help shuttle us and our bikes around.

Taiwan has a cycling route that goes all the way around Taiwan, called Cycling Route 1 and in the east rift it follows Highway 9. We started riding on the 9 as it seemed to be the most popular, but gets plenty of traffic. We started pining for quieter roads. We were pleasantly surprised when we peeled off and took Route 30 and then Route 20. Both were quiet roads with little traffic and great views. 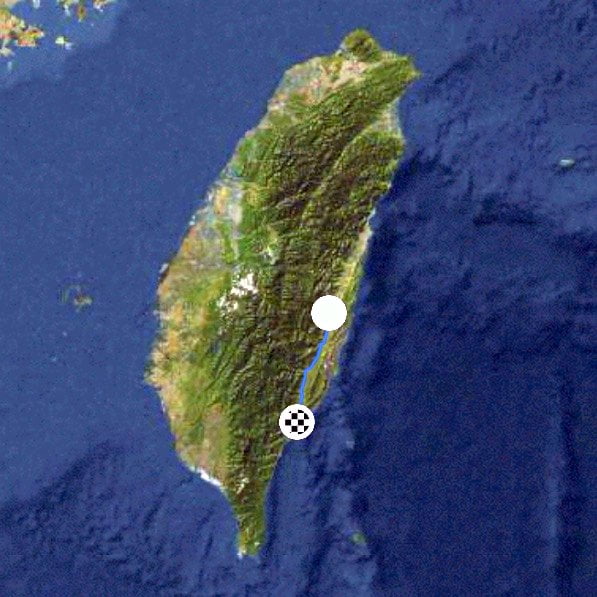 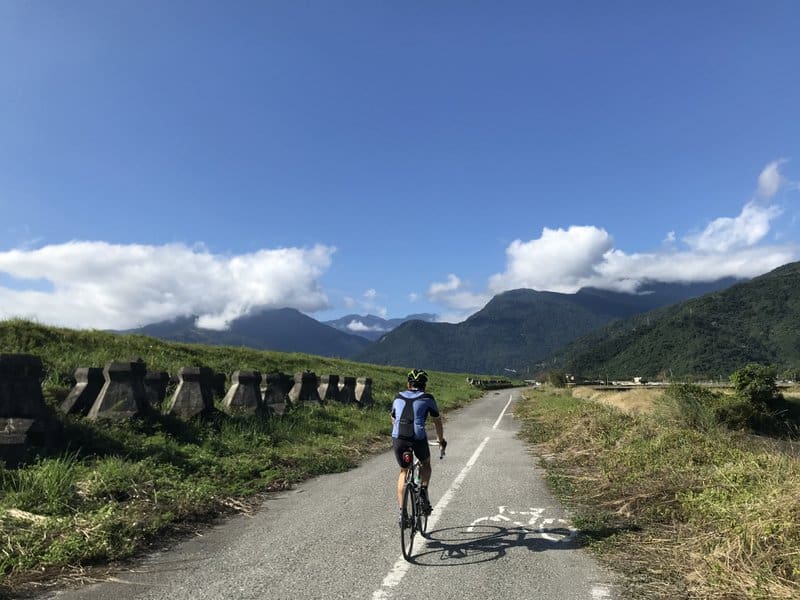 After biking 112 K south to Taitung we made it to the train station. Our plan was to purchase a bike-friendly train car ticket back to Ruisui where our b&b was. The ticket counter told us we needed a bike bag (um… not possible) and that the next bike friendly train would be in 4 hours. This is the exact opposite of what another train station told us. After a long conversation where many things were obviously lost in translation, a bike friendly train was indeed possible and leaving in about an hour. We assumed seats and bike racks were limited. Not the case. WE HAD OUR OWN CAR. Oh, and there were ample bike racks. In fact the car behind us also had only two cyclists sitting in it so there were over 30 empty bike racks.

Things we can’t explain or understand. For those planning a trip with bikes, here’s the link for bike-friendly trains: Taiwan Railways

The second day, our legs and bodies were feeling achy and it was sprinkling rain outside. Our weather app was forecasting rain in the afternoon and although loafing and soaking in the hot spring tub did sound good, we spotted a bit of blue in the sky. That was enough for us to throw on the spandex, cram some breakfast and pedal to the Ruisui train station. We hopped a local train going north towards Hualien to the start point of our 60K bike ride. 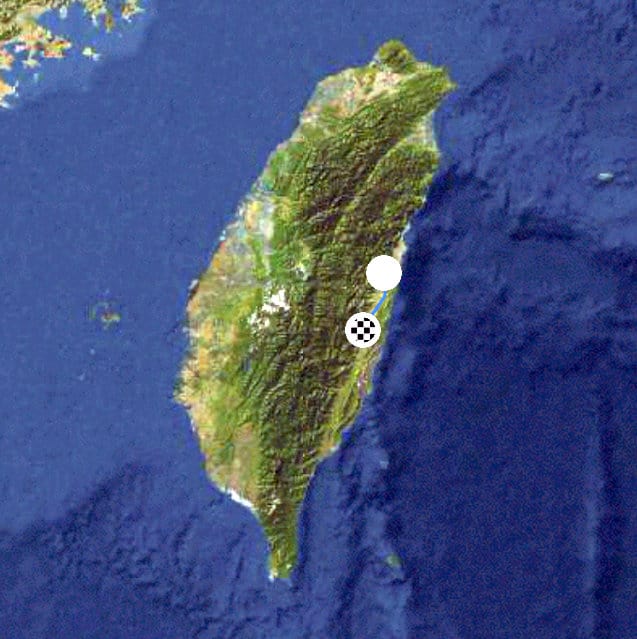 Cycling paradise along the 193

At the Taitung train station we met a group of Taiwanese cyclists and they recommended we ride Route 193 in the valley, so we biked straight there from the train station for our second day of cycling. They were spot on… it was a cycling paradise!

The weather cleared and the views made us giddy. The first half of the ride was rolling hills along the edge of the mountains with thick, jungle vegetation, very little traffic and perfectly smooth road surfaces. The second half was flat, wide roads that opened up with stunning views of the Rift Valley. 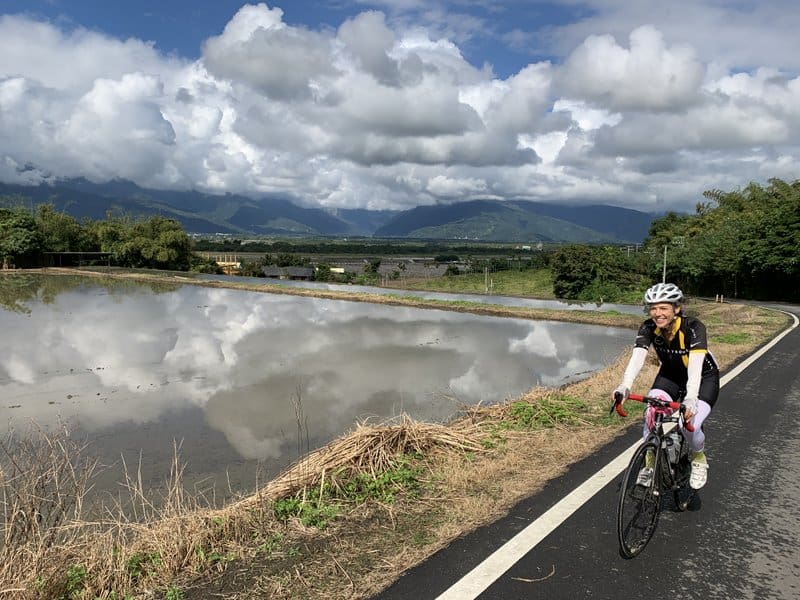 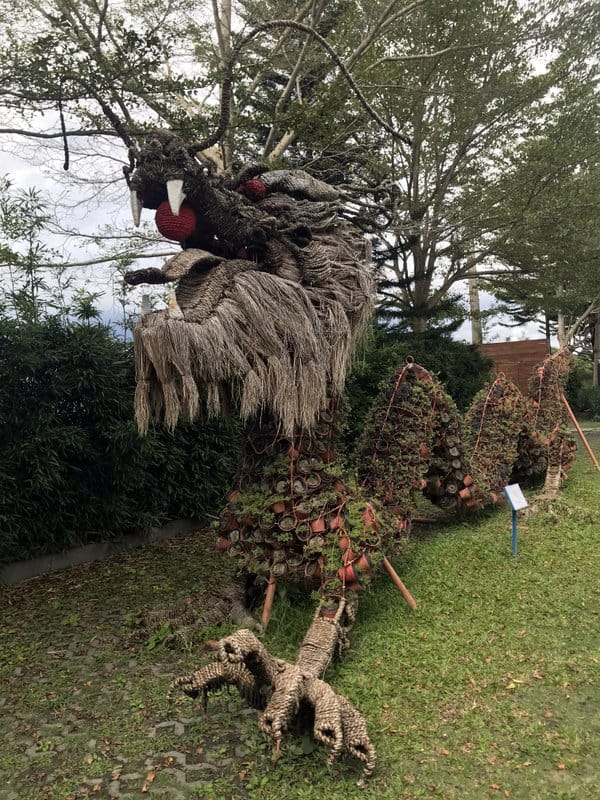 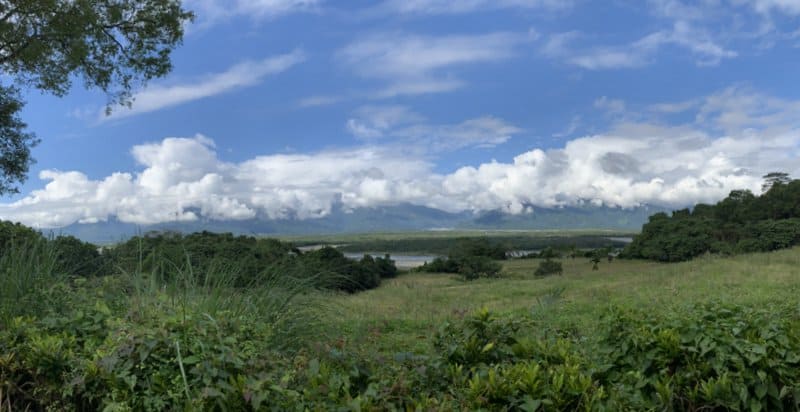 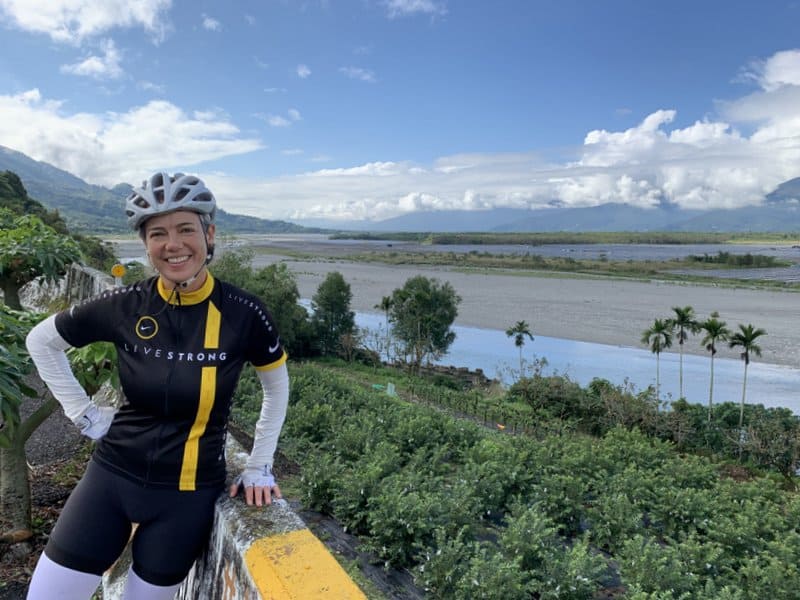 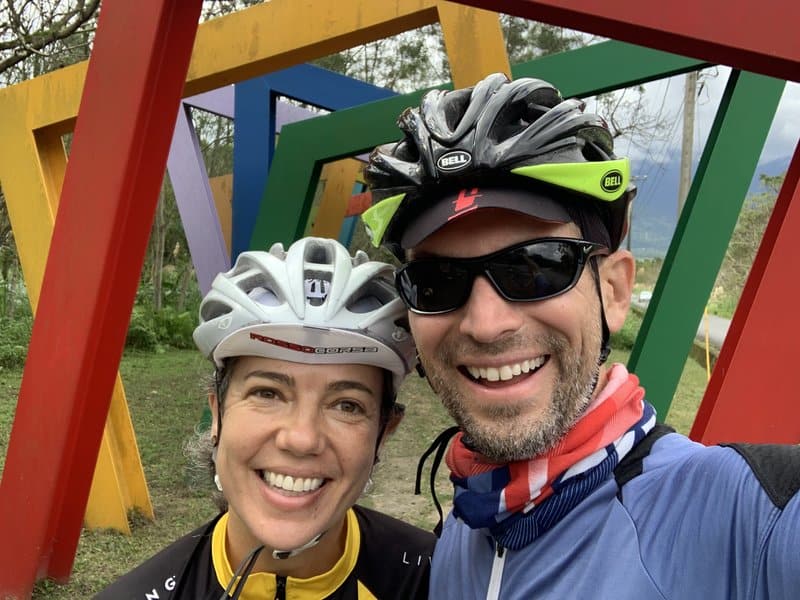 It never feels like Christmas around here when it’s 80 degrees and green outside, but we try. Each year we decorate our trusty snake plant (foraged from the woods in Taiwan as a wee thing, 4 years ago). It’s growing like a champ and it even blossomed once. We didn’t bring any of our decorations with us, but have collected a few from traveling around Asia. It’s a tradition that works for us – crafted by us. Make it what you want, right? 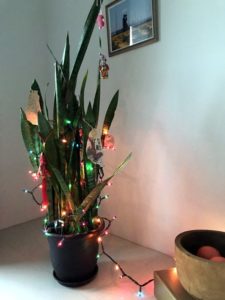 We wish you all a splendid end of year with the ones you love and who love you and most importantly … all the wealth in health.

Sign up for the freshest P&P blog posts here: