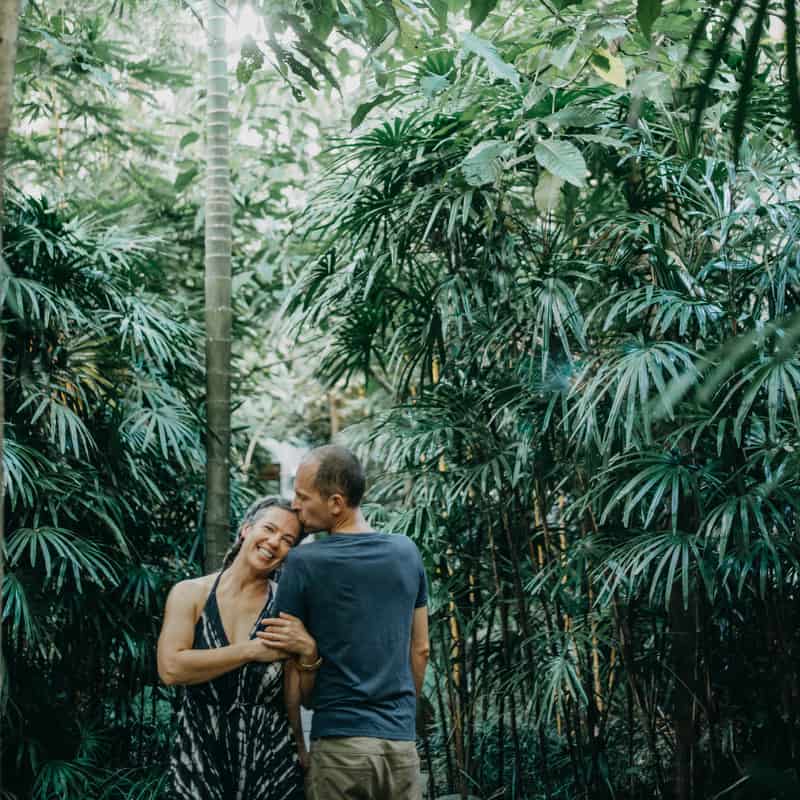 This April we celebrated our 10 year wedding anniversary and treated ourselves to exploring Bali, just a 5 hour flight south of Taiwan. We split our time between two dramatically different areas. The first being Ubud in the central part and the second in Amed, on the east coast. Ubud is busy. There are lots of temples, bustling markets, zippy scooters, small boutique hotels, people from all over the world, cafes, nightlife activities, dance performances at temples and young backpackers drifting around. Amed is the flip side of that. It’s quiet, remote and requires more effort to access. We suspect Bali has become increasingly busy since Elizabeth Gilbert released Eat, Pray, Love in 2006! 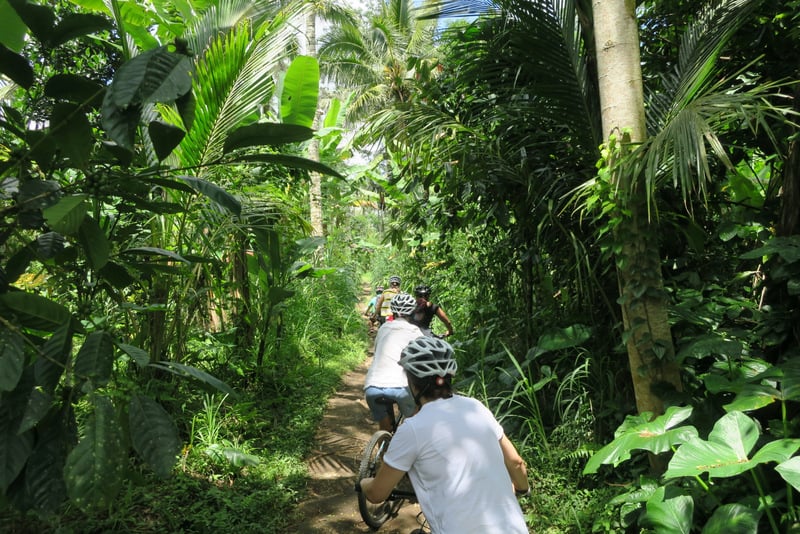 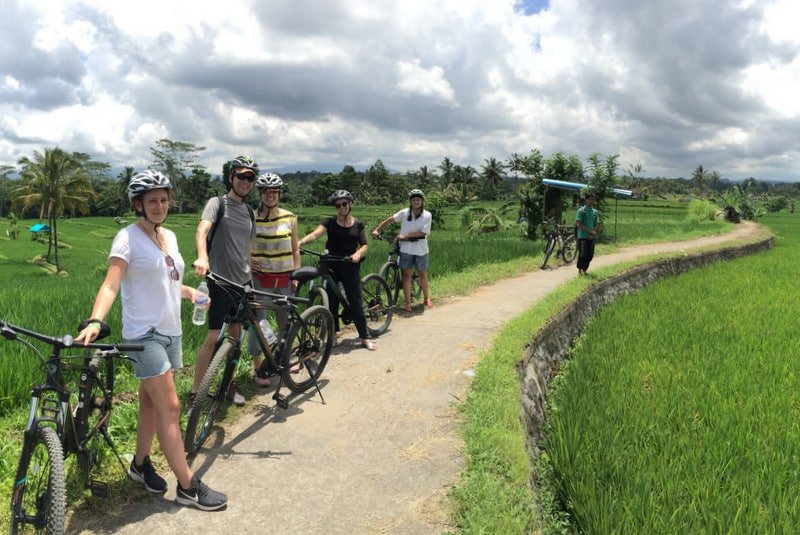 Sacred Monkey Forest Sanctuary in Ubud – a quiet respite from the busy, just don’t carry any food or water bottles unless you want a monkey to climb on you and bite (not first hand experience, but we witnessed it). 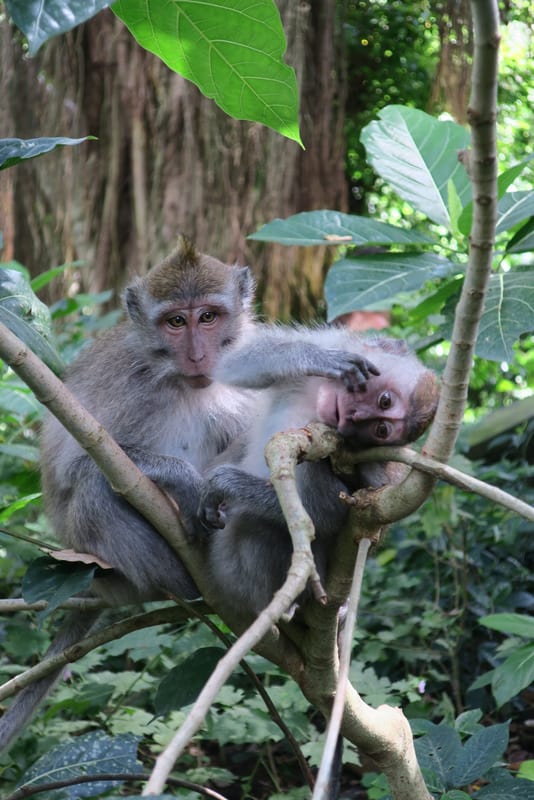 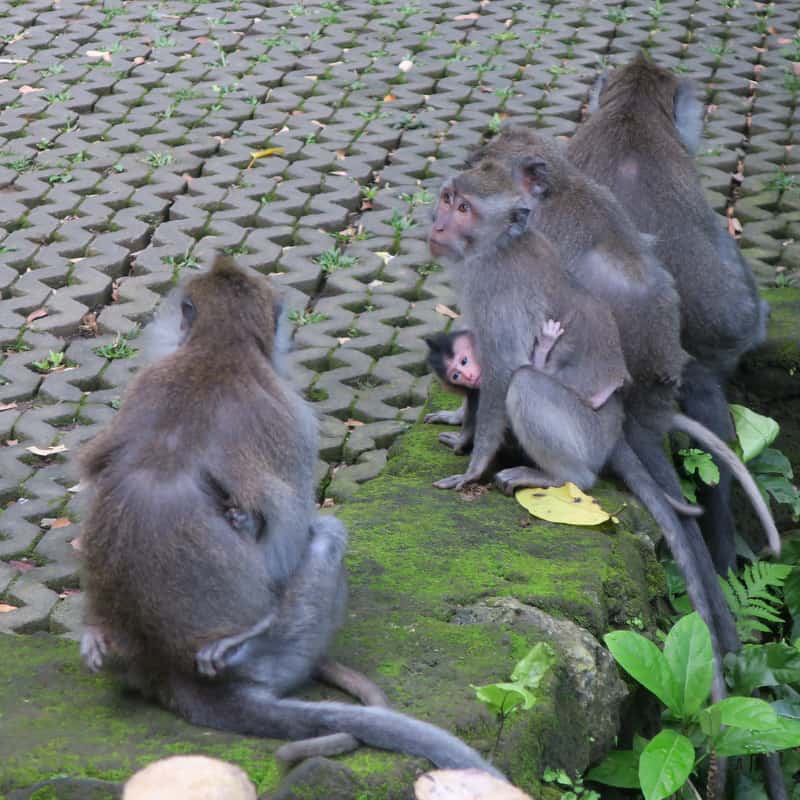 Balinese dance + music at the Saraswati Temple in downtown Ubud 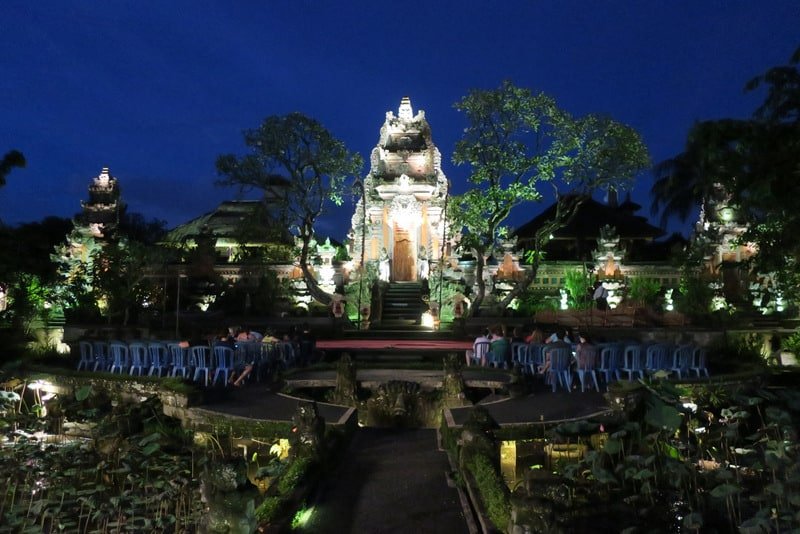 If you think Blue Man Group has expressive eyes, you haven’t seen Balinese dance! And the hands gestures! Wow. We learned that children and taught to dance with their hands before they can walk. 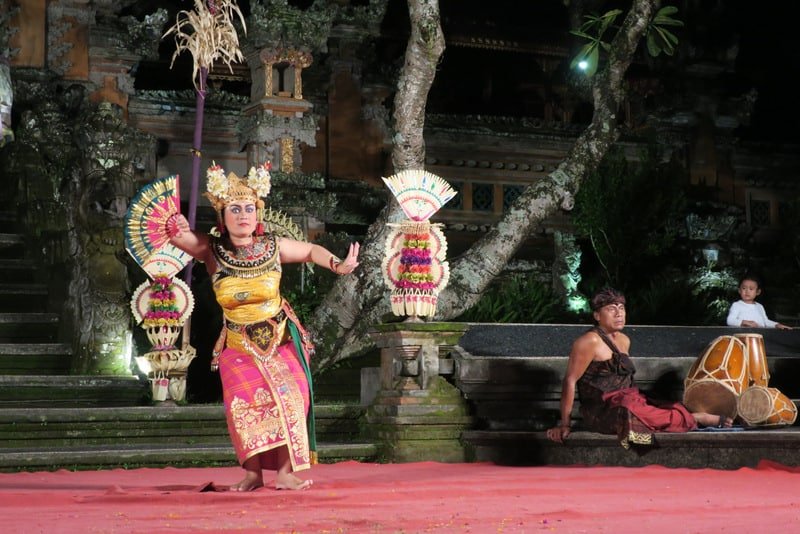 Learning about traditional Balinese weaving and ikat, a dyeing technique 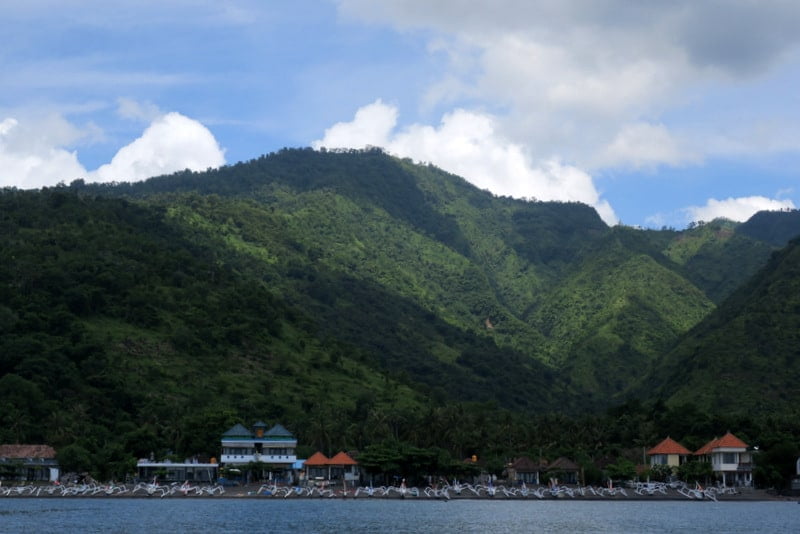 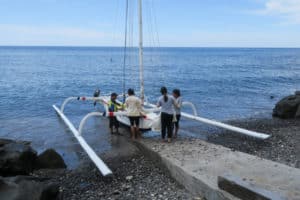 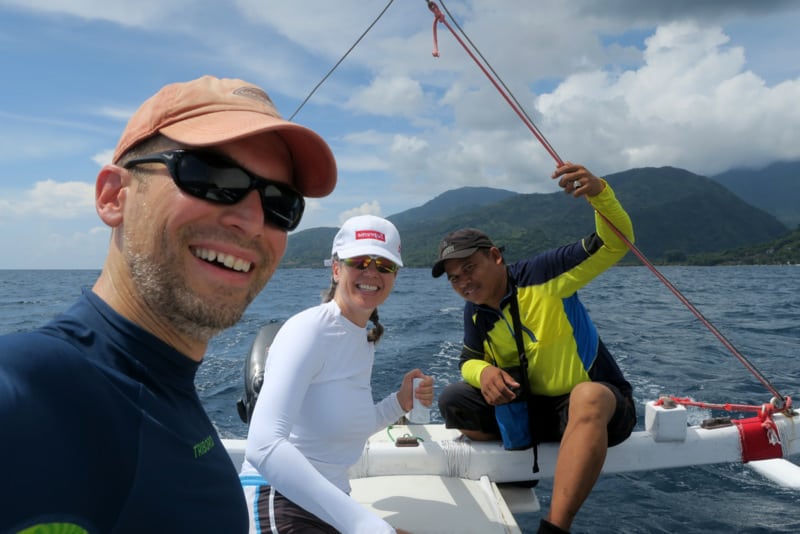 No photos of snorkeling, but the currents were very gentle and we could go out any time. We saw clean water, living coral and swimming turtles! 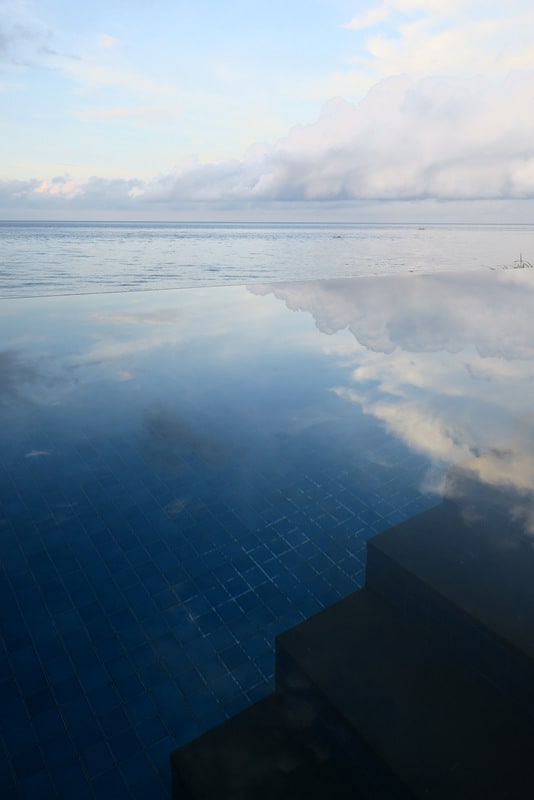 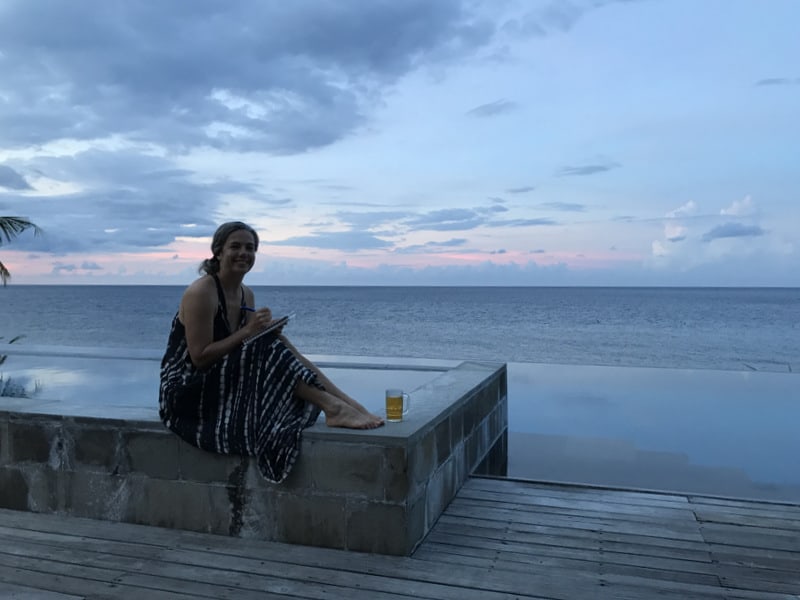 My old timey photos! Really enjoy contour style sketching with few glances given to the paper. I find it relaxing, like Pickles finds a Bintang relaxing. 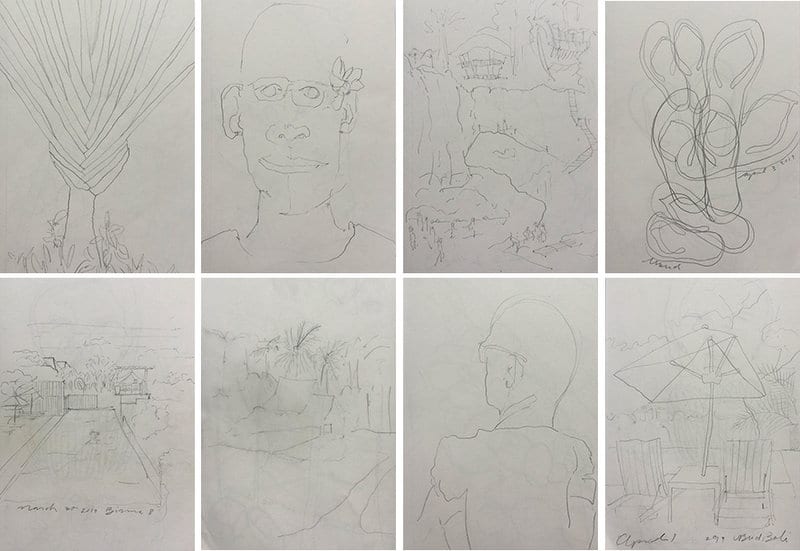 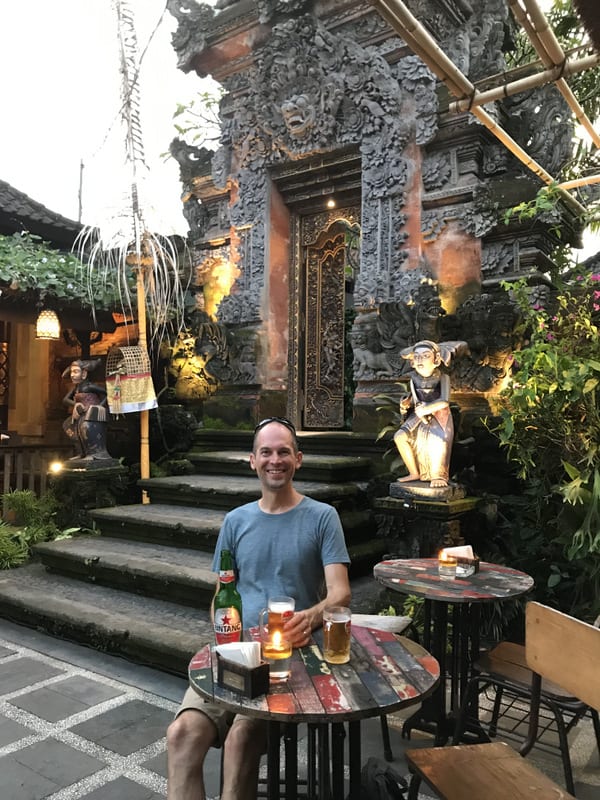 Women who are menstruating are FORBIDDEN to enter temples. Strangely, cockfighting is permitted in temples (roosters with razor blades strapped to their ankles). The cocks will fight to death. It’s often fast and very bloody. Let’s end menstruation shaming! Sure, periods sucks most of the time, but it’s healthy, natural and how we all got here.

Indonesia has the world’s largest Muslim population, but on the island of Bali it’s primarily Hindu. We learned from our driver that in Hinduism you pray to three things, every day: god, nature (sky/earth) and the living (people/animals). Something you’ll see everywhere is black and white checkered cloth. Cloth/textiles is central to all Balinese spiritual activities, particularly this one called the Poleng cloth. The black and white represent the concept of balance, comparable to yin and yang. The yellow symbolizes harmony. The Hindu people believe in dualities, like good and evil so they embrace differences because these create harmony and balance. So true! 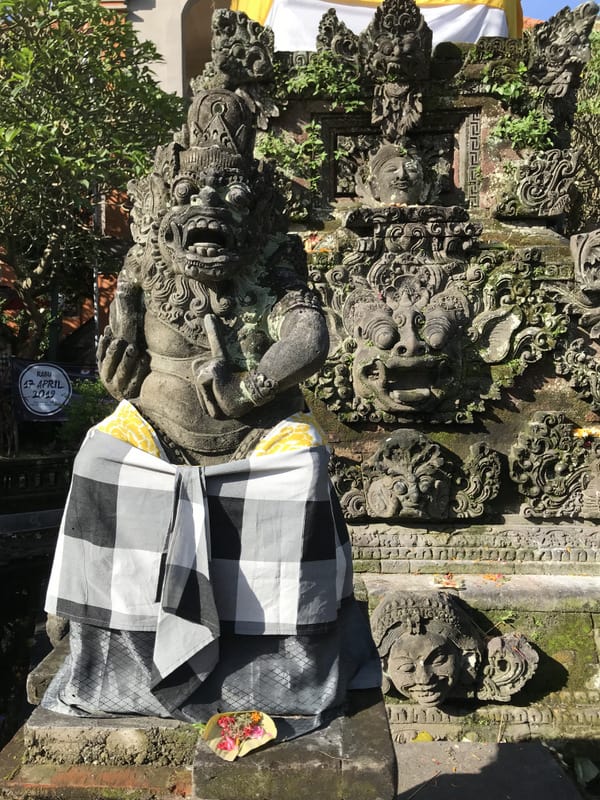 We didn’t take any food photos because the world has enough, but we’ll share our favs which are all staples to the Balinese: Mie Goreng (fried noodles w/ veg, chicken, shrimp or pork), Nasi Goreng (the same but with fried rice and egg on top), Sate (mashed meat on sticks, different than satay), Nasi Campur (rice, veggies meat) and Dadar Gulung dessert (a green pancake roll with coconut and brown palm sugar). 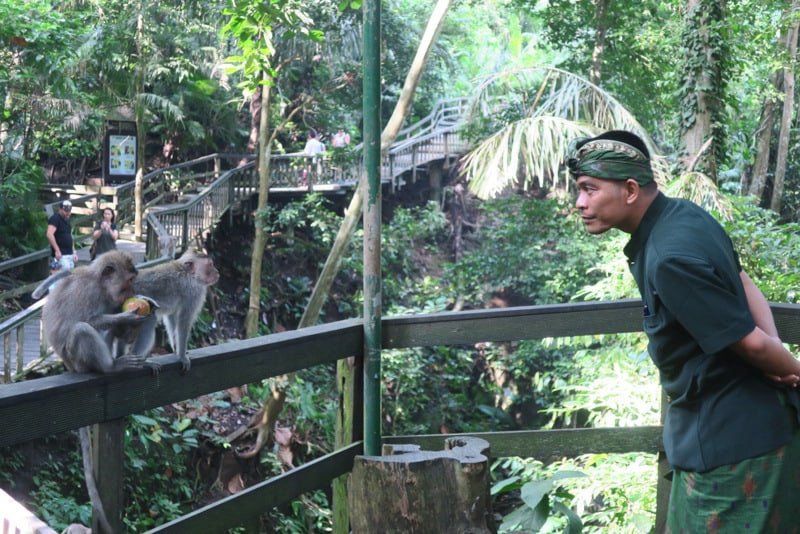 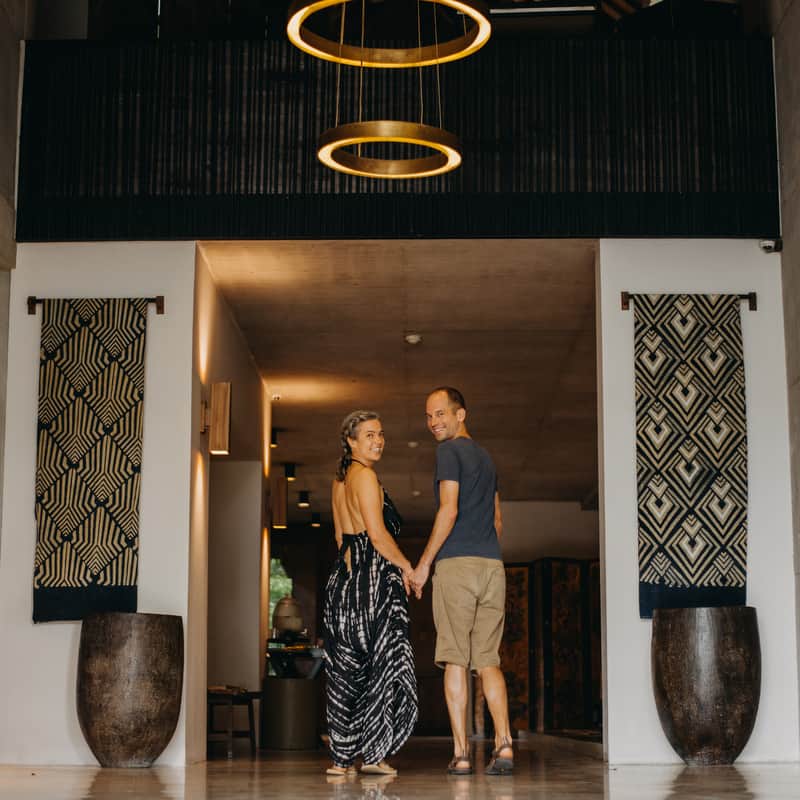