We have been to Sun Moon Lake a number of times, but we’ve never gone for a swim.  This is because swimming is prohibited, except for once a year. Once a year, one of the world’s largest non-competitive fun swims occurs.  It’s one of Asia’s top 50 swims and the only opportunity to swim in Taiwan’s largest freshwater lake with approximately 23,000 other people.  If you’re older than ten and can swim 3,300 meters (2 miles), this swim is for you!

45 minutes later… on the other side…

A stream of swimmers

This year the race was nearly canceled because Typhoon Mangkhut was heading towards Taiwan, but it ended up moving south towards the Philippines (and unfortunately walloping them severely).  There was enough wind that the large floating islands with the lifeguards on them kept blowing to the south end of the lake and delaying the start of the race – by two hours! During the race it caused the swimmers to swim in more of an “S” shape across the lake (as opposed to a straight line).  By some unofficial accounts, this caused this years swim to be closer to 3,800 meters as opposed to the 3,300 stated. 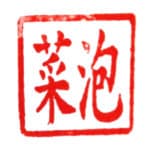