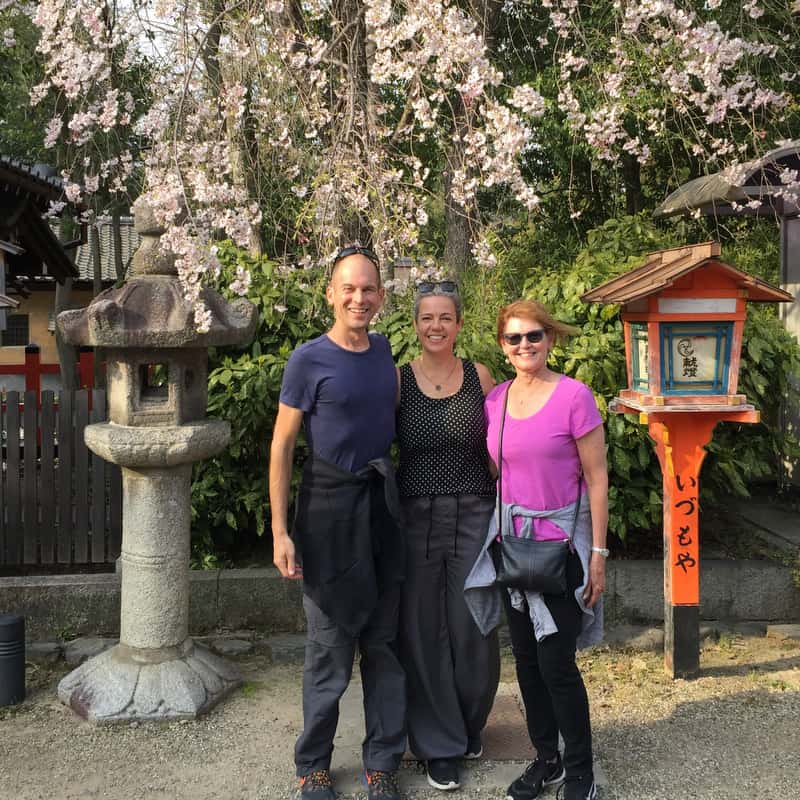 Kyoto had been on our list of must-see places while living over here, particularly for sakura season, that’s Japanese for cherry blossoms. What we knew:

(1) there are lots of beautiful temples

(3) that it would be really crowded

(4) and we should go anyway 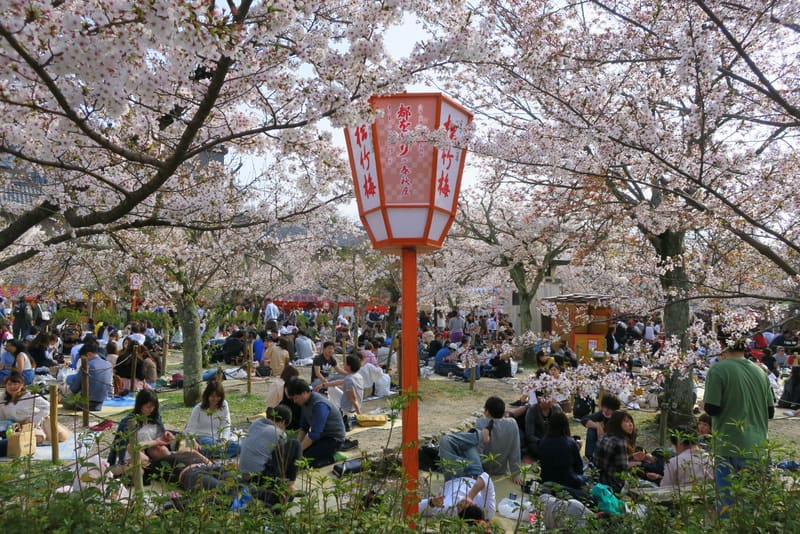 Cherry blossom season is a huge national attraction, so much so that there are blossom forecasts, calendars, website and web cams doling our reports and statistics for all the blossom seeking planners, like us. And people are sprinkled all over Kyoto like this… soaking up the beauty of nature. 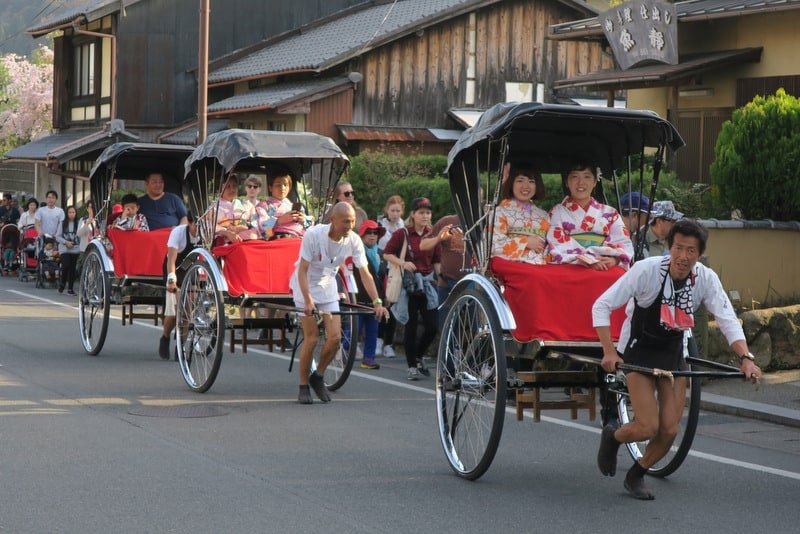 If you caught the last blog post, you’ll know that we had all of Pickles’ fam in the Taiwan house late March. They all flew home to Nebraska except for Kathy, his mom. She was eager to see Japan while we still live here and we had Kyoto to check-off our list so we made a family trip of it.

We booked our trip in early January and that was almost too late. If you plan to go we recommend booking at least 6 months in advance. Luckily we secured two airbnbs, one in Higashiyama, the other in Gion (both lovely neighborhoods for exploring by foot). Then we crossed our fingers that the first week in April would be primo sakura time. As you can see, it was! 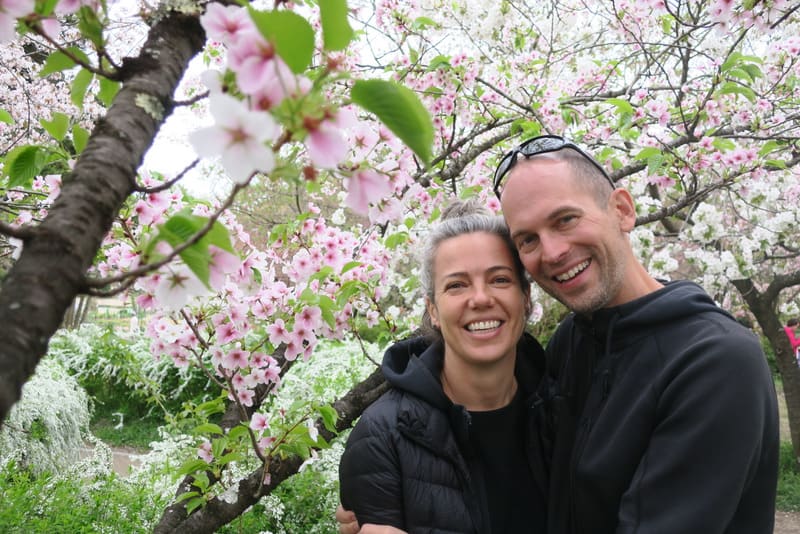 One of the reasons we love spending time in Japan is the country’s communion with nature – the government coined Shin-rin-yoku after all (a.k.a. Forest Bathing). This connection to nature is deeply rooted in the culture and I think well represented in the most prominent religion, Shinto (the second being Buddhism).

Shinto does not have a founder nor does it have sacred scriptures like the sutras or the Bible. Propaganda and preaching are not common either, because Shinto is deeply rooted in the Japanese people and traditions. “Shinto gods” are called kami. They are sacred spirits which take the form of things and concepts important to life, such as wind, rain, mountains, trees, rivers and fertility. Humans become kami after they die and are revered by their families as ancestral kami. Source: Japan Guide 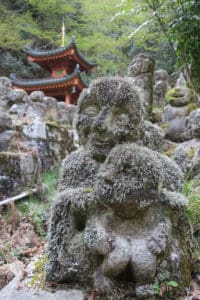 This connection to nature threads through everything, especially architecture and food. The flavor of nature is truly ingested here. But let’s not overlook the preparation and presentation too. Both are part of the ritual and it’s taken seriously, like an art form. Food is often aesthetically beautiful and thoughtfully prepared, from a simple bowl of ramen to sushi to radishes.

Why Japan’s public transit is a joy: 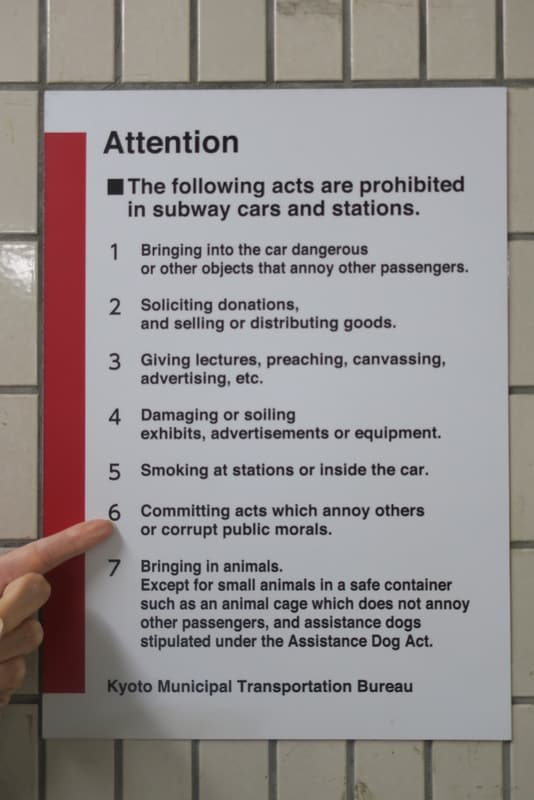 Prior to Tokyo becoming Japan’s capital it was Kyoto and the word literally means “Capital City”. Kyoto is on the largest island of Japan, Honshu with a population is 1.5 million (Tokyo is 9 mill). There’s a 3 part online documentary series called Japan’s Enchanted Island that covers Honshu specifically. You’ll learn quickly that visiting Kyoto only scratches the surface of this massive and wild island.

The beautiful Fushimi Inari (Shinto) Shrine to the god Inari (god of rice) was a beauty. Merchants and manufacturers traditionally worship Inari as the patron of business so each of the vermilion torii (gates) has been donated by a Japanese business. There are over 10,000 of them winding through 2.5 miles of dense forests, open to all to walk through, 24/7. 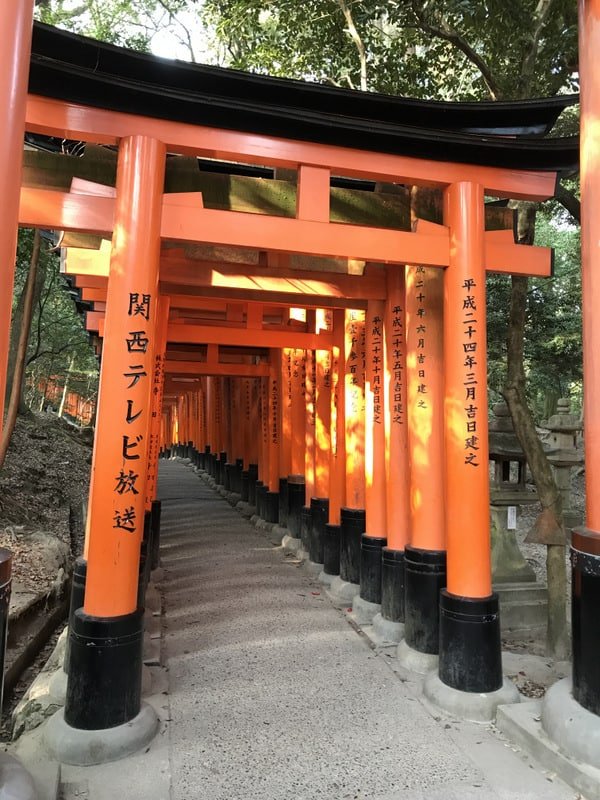 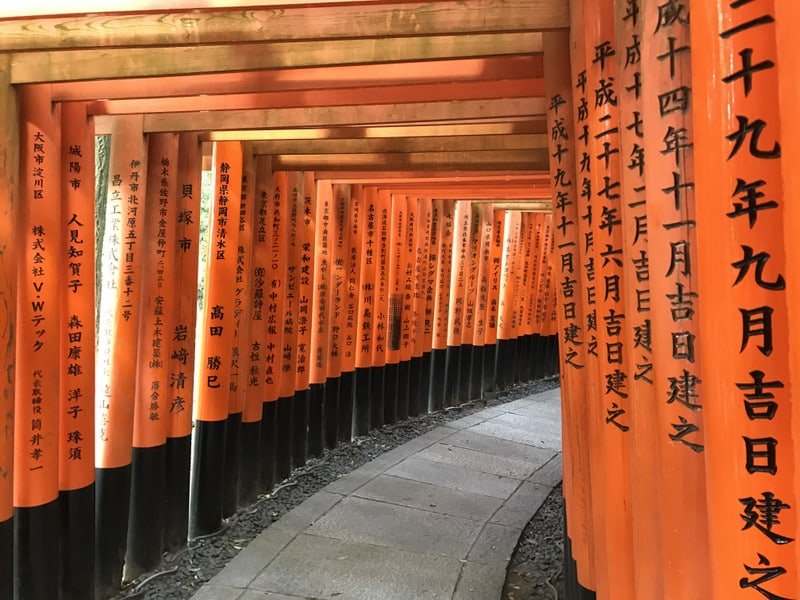 Another must-see temple is is Sanjūsangen-dō. Thanks for the tip Aki! It’s a Buddhist temple that contains one thousand life-size statues of the Thousand Armed Kannon. It is breathtaking! It’s a photo/video free zone which makes for an extra relaxing visit… no selfie sticks to navigate through. Yah!

We saw a lot of temples and it’s easy to get templed out in Kyoto. F.O.M.O. (fear of missing out) keeps you going and it is the only reason I trucked on to see this one (Pickles was a bit of a temple seeker). There are about 1,600 temples and they’re all beautiful and meticulously maintained. We must have walked miles every day, meandering through alleys and large crowds hungry to see and learn more, powered by F.O.M.O. Some we sought out and others found us. Temple of the Golden Pavilion (Zen Buddhist) is one we sought out… 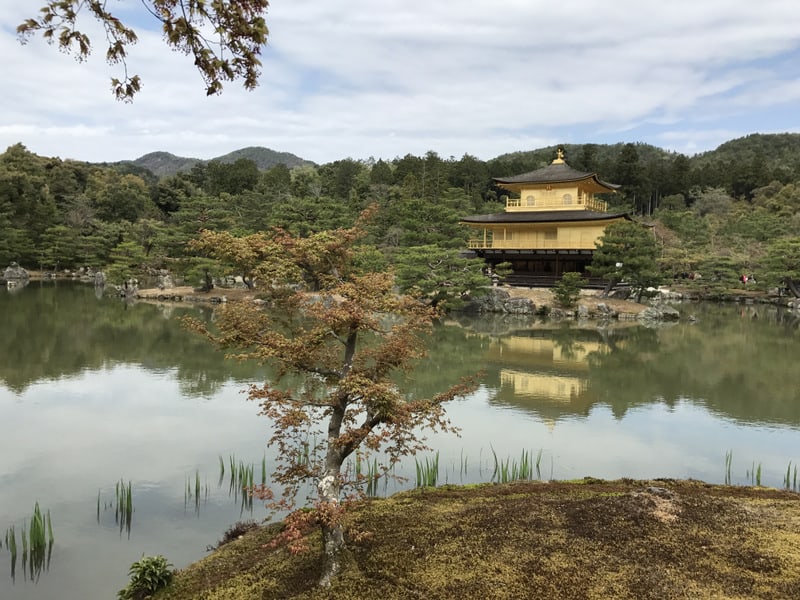 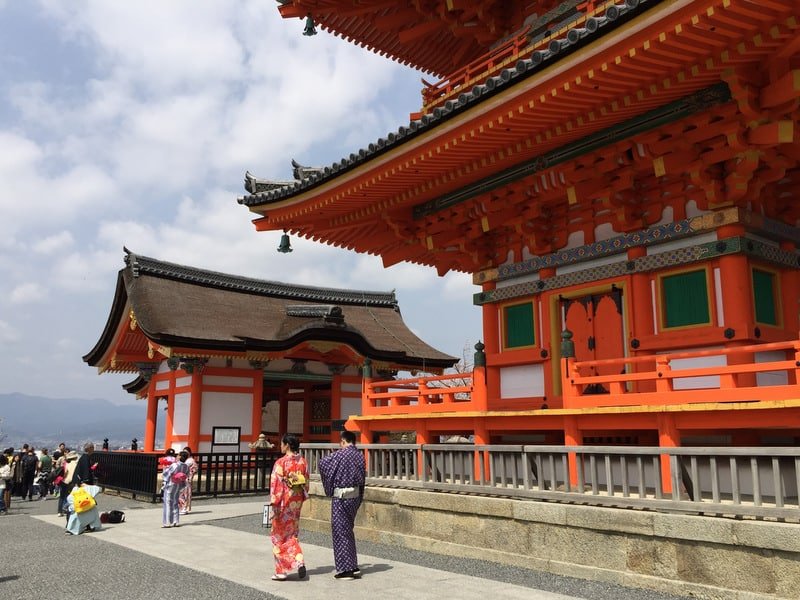 We ended our trip with one night in bustling Osaka (where we flew in and out). Nestled in a small alley in the densely crowded Dotonbori ‘hood is a statue of Fudo Myo-o, a Buddhist spirit that represents fury. It’s said to protect people against evil, conquer devils, and grant any wish. People used to offer water to the deity but now splash him which explains his lush green shag. 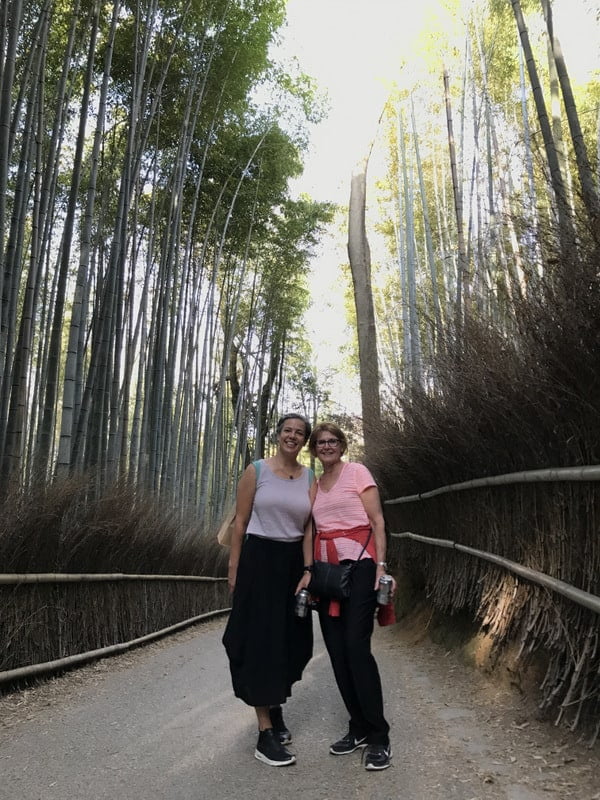 There are kimono rental shops everywhere! This is wildly popular with locals and we saw a few foreigners playing dress up too. The city was dotted with hundreds of colorful flowery patterns! I have no idea how the women walk around the city in the sandals. They look painful, but then again I’m 40+ and so over heals. 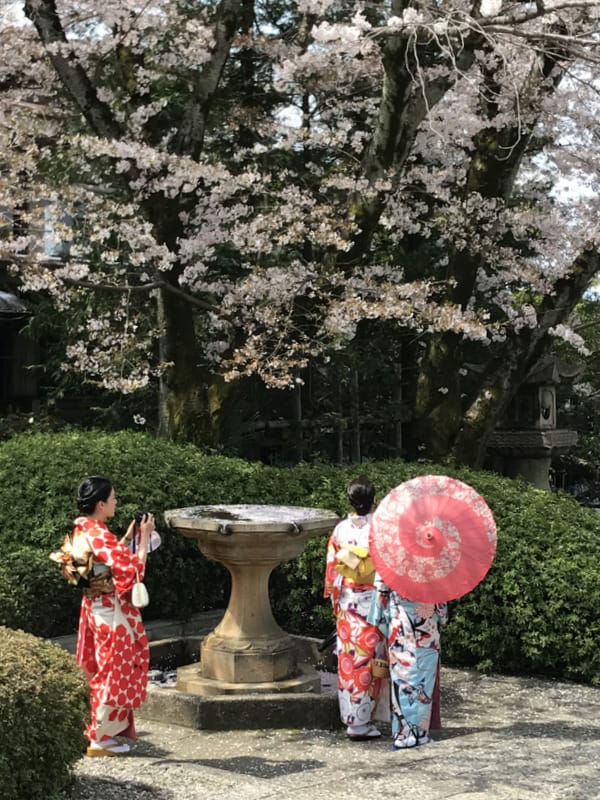 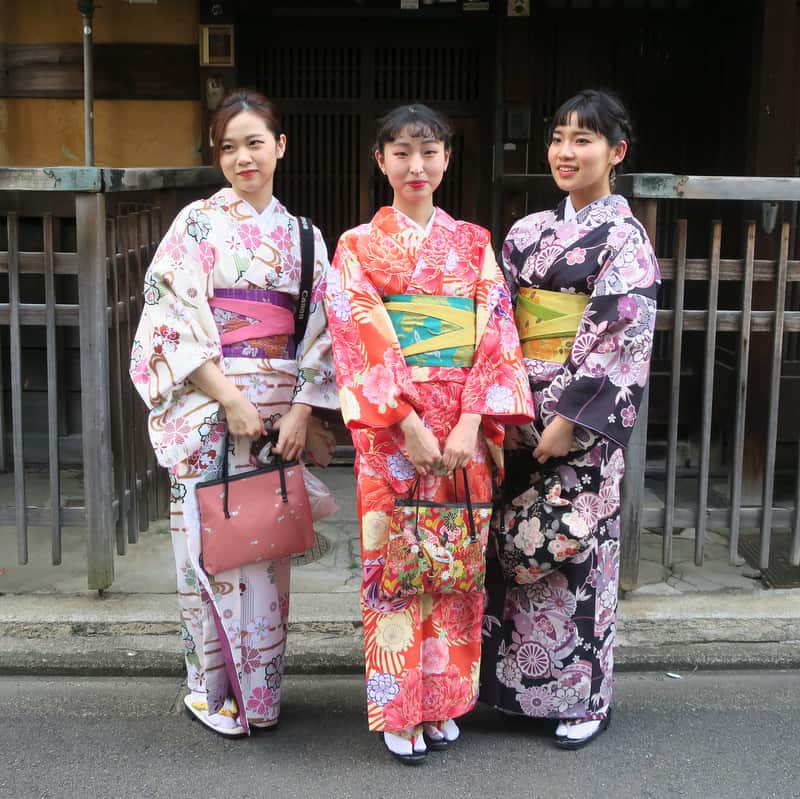 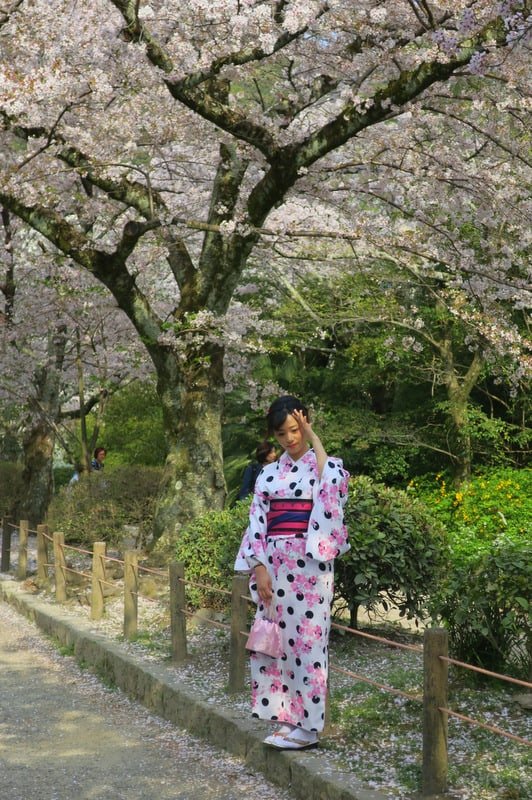 All delicious beyond words. 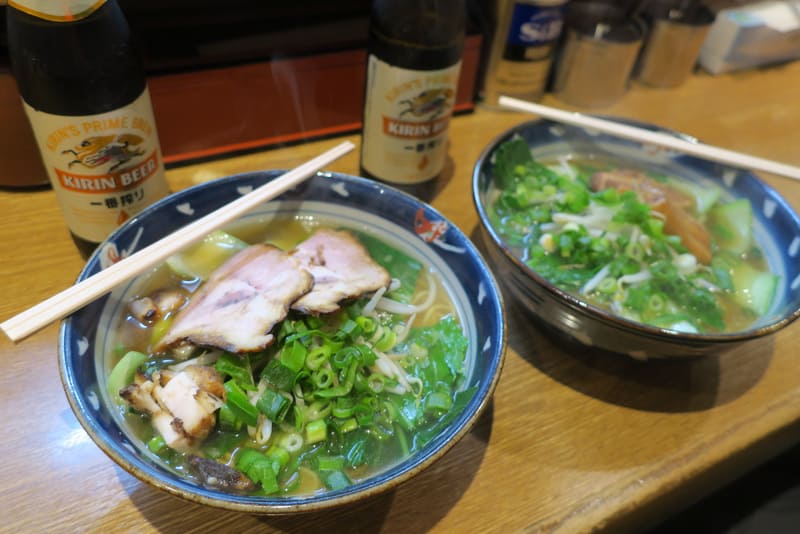 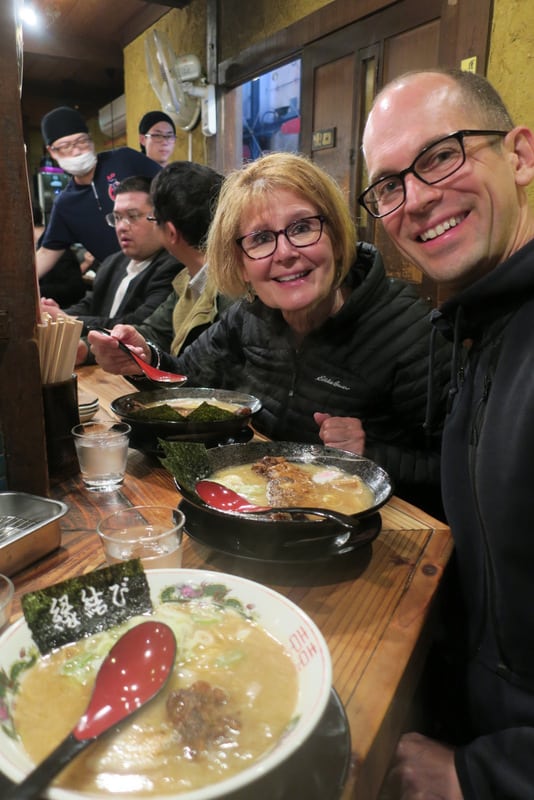 Visual Treats Along the Way

Never far from an onsen

So this is the guy in charge of love! 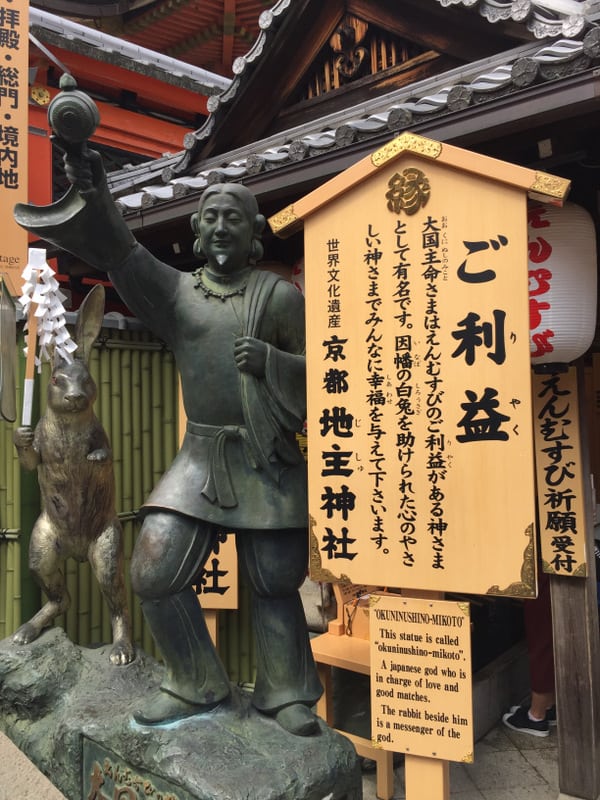 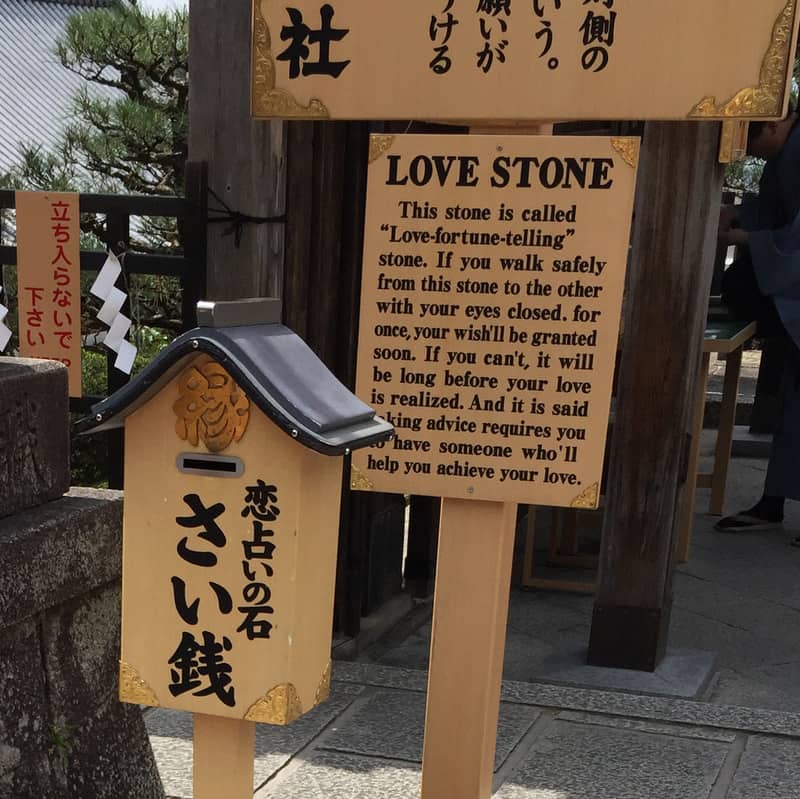 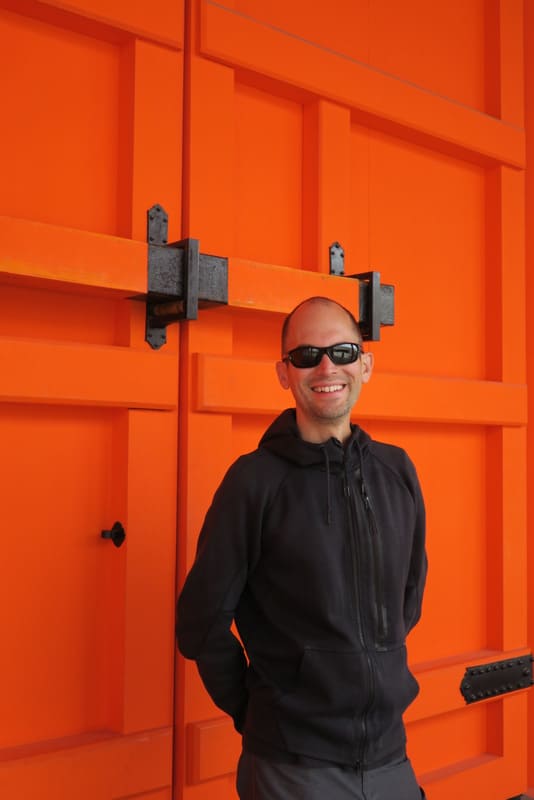 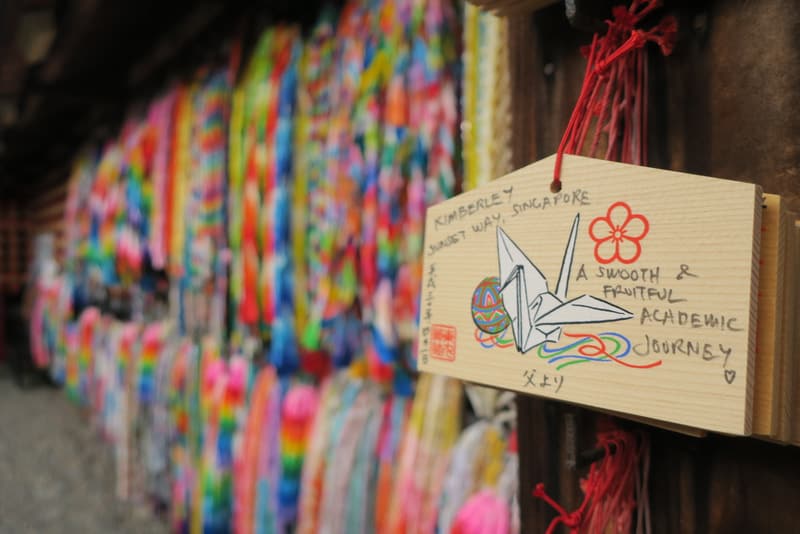 In January, 1968, two Japanese companies, Panasonic Corporation and The Mainichi Newspapers, agreed to undertake a joint time capsule project in celebration of the Japan World Exposition 1970: EXPO ’70. Two time capsules identical in every detail were buried adjacent to Osaka Castle. The lower capsule will remain buried for 5,000 years; the upper capsule will be opened for the first time in the year 2,000 and every 100 years thereafter. Source: Panasonic

On those wise words…

Thanks to Kathy for making our trip a special one. She’s a trooper for trekking all over Asia for three weeks in what was unfamiliar territory. She mastered chopsticks, participated in local rituals like gong ringing, ate fugu (a.k.a. pufferfish which puts 30-50 Japanese in the hospital every year)! and saw a hella lotta cherry blossoms. 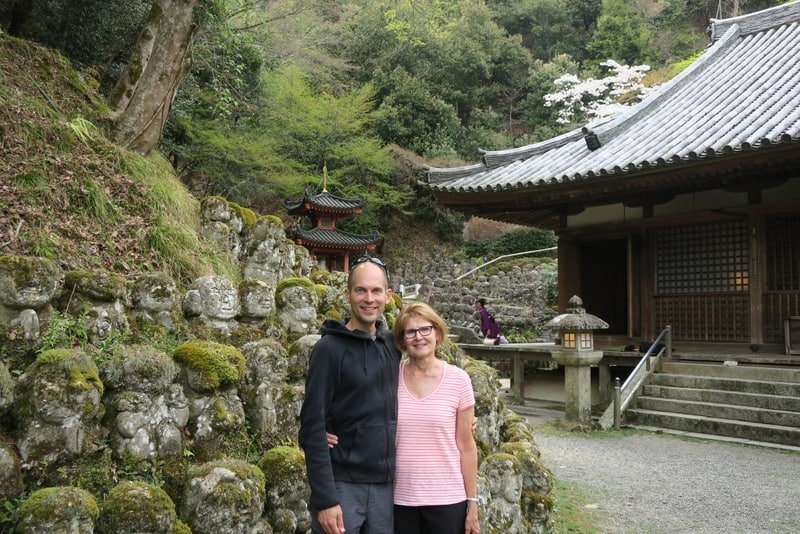