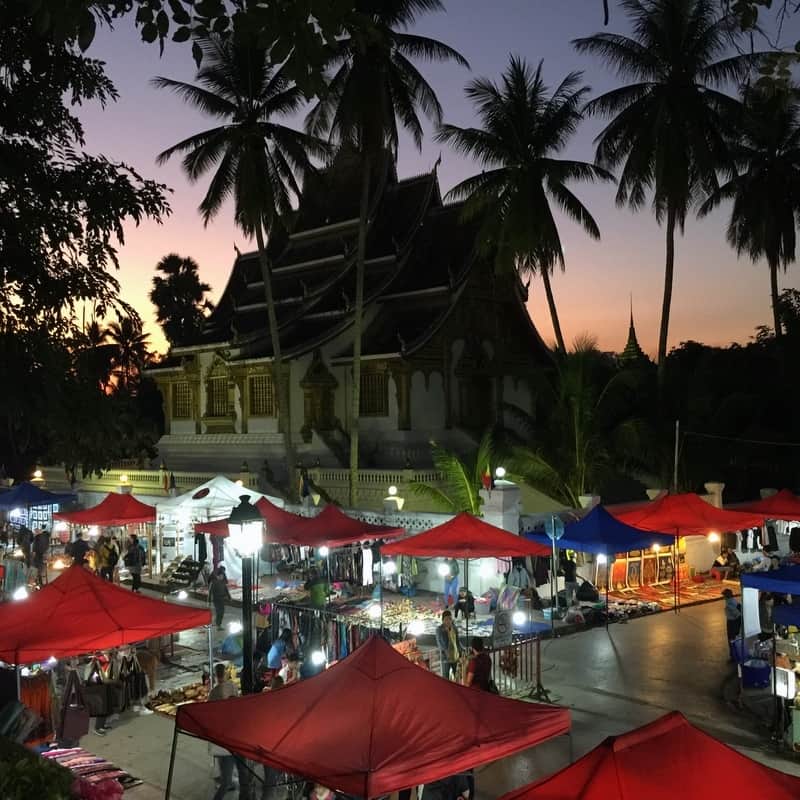 We took advantage of a holiday weekend to explore a part of Laos in and around the city of Luang Prabang.  We didn’t know much about Laos, except that it was nestled between Thailand, Vietnam, Cambodia, China and Myanmar and its cuisine was a hybrid of those neighboring countries.  What we found was a charming, relaxing town, with gorgeous Wats (Buddhist temples), friendly, modest people, saffron robed monks and an untamed yet stunning scenery… and of course the food was amazing.  Laos is not nearly as developed as it’s neighbors Thailand and Vietnam, but there is a rustic tourist area on the peninsula where the Nam Khan river meets the Mekong river. 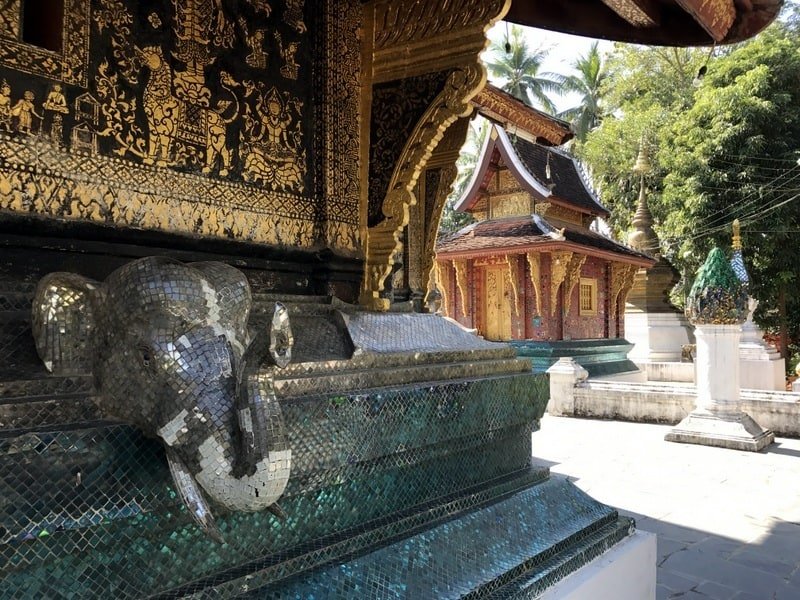 How to pronounce Laos

Laos rhymes with “mouse” and it’s a noun.  Lao like “cow” is an adjective, used to describe the people and language. 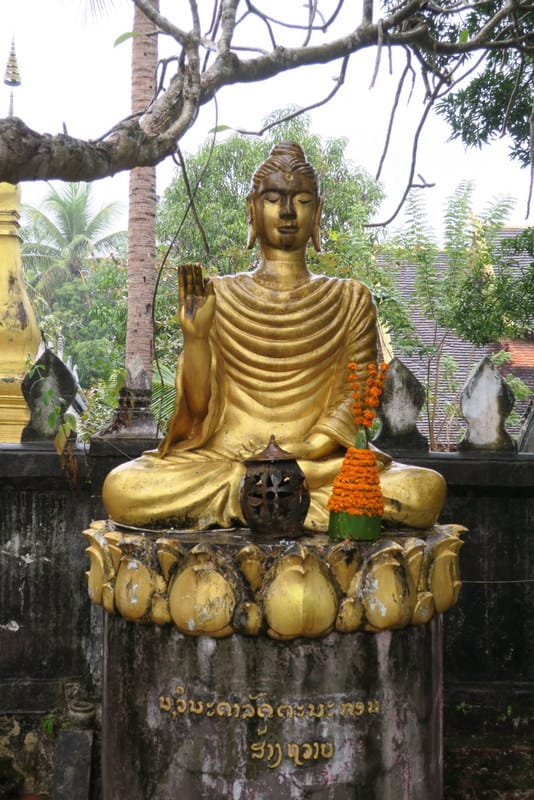 Buddhism is the primary religion of Laos 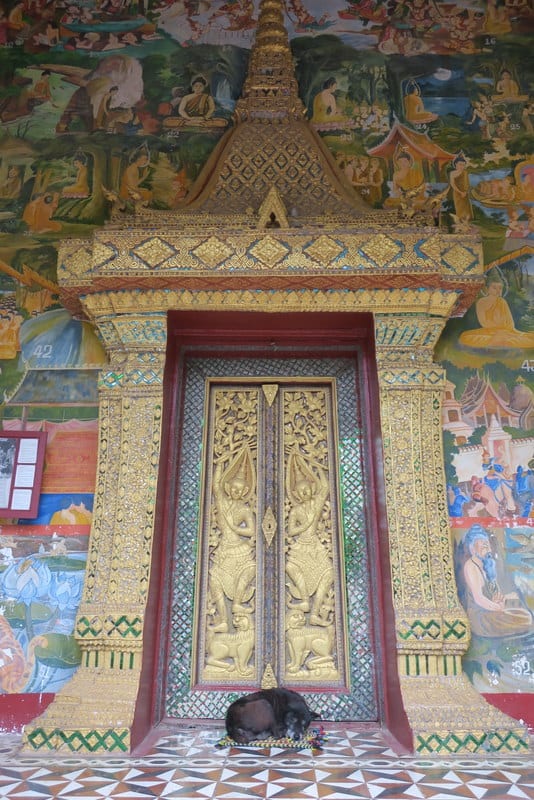 These are TUK TUKs, the Lao taxi 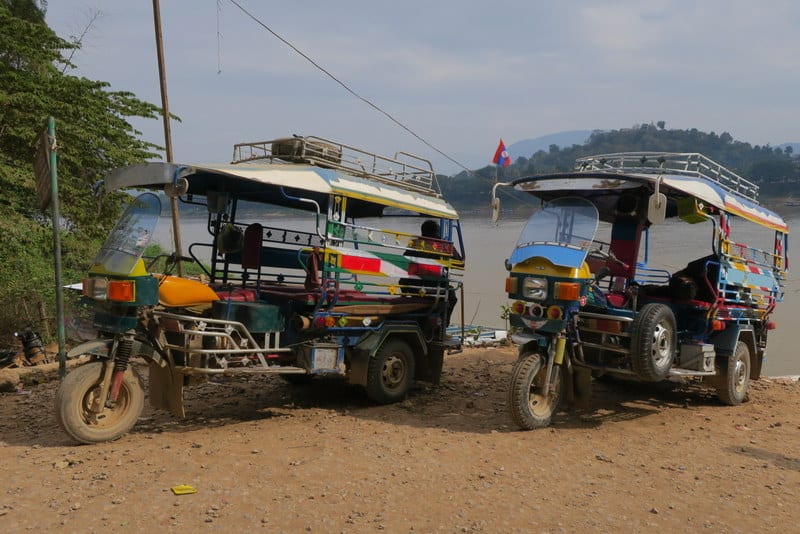 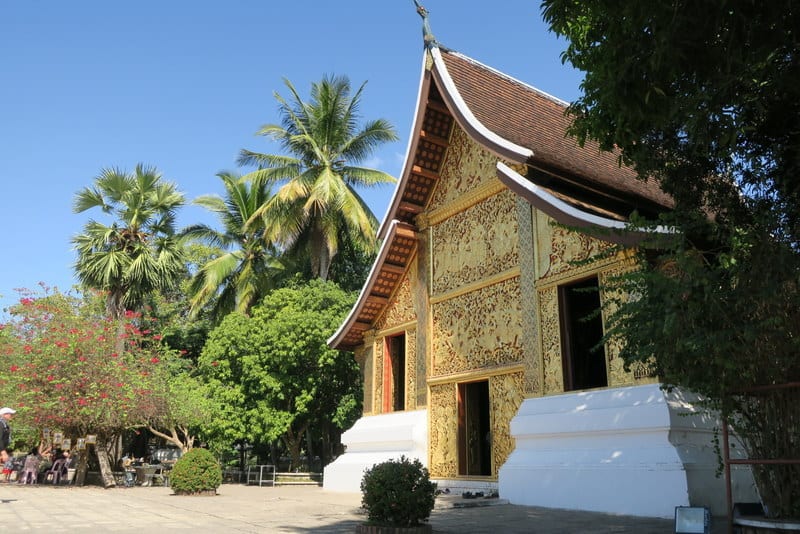 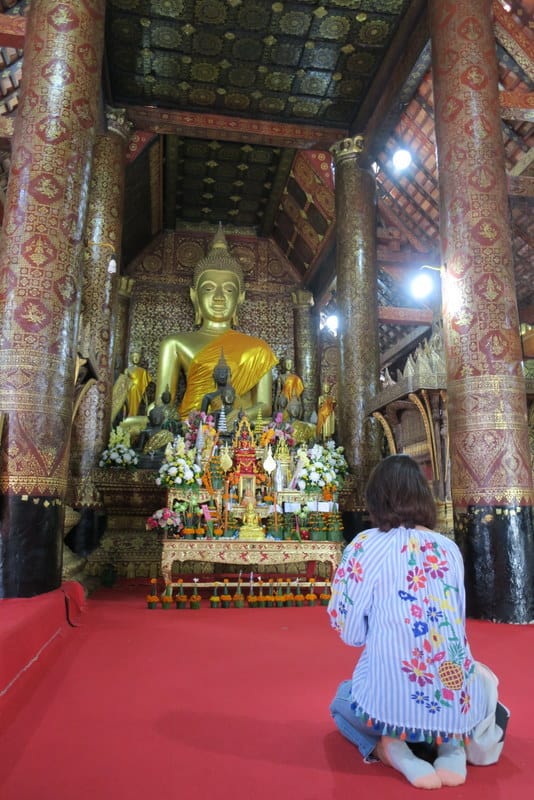 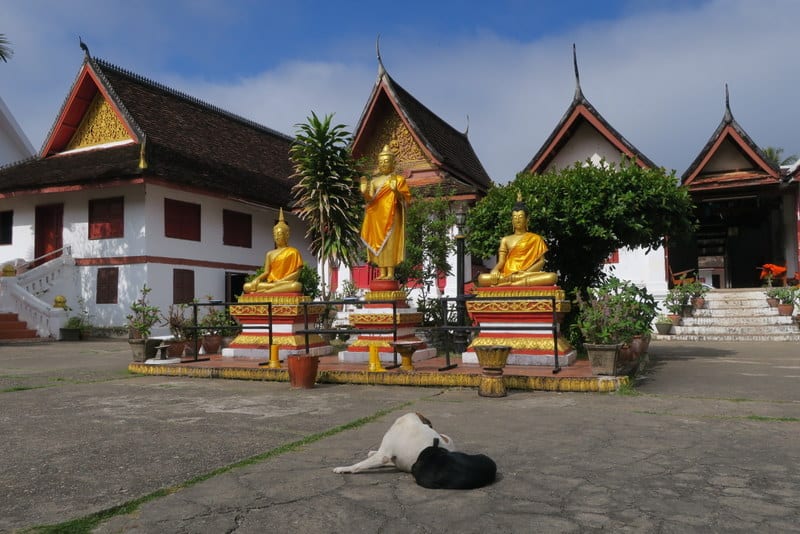 We celebrated Christmas by getting up to watch the Buddhist alms giving ceremony which begins at sunrise, about 5:45 am.  We watched as locals and tourist gave the monks sticky rice (in hand rolled little balls) and sweet snacks.  The monks only eat what they are given for the day and they stop eating at noon. 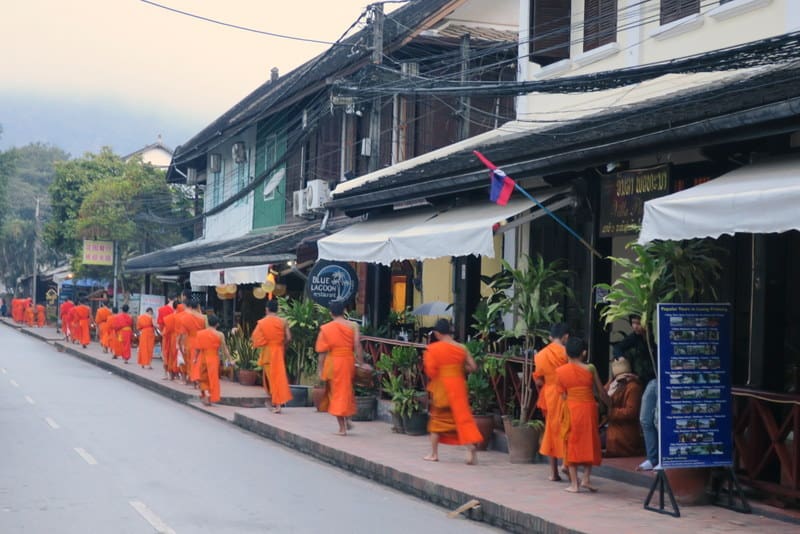 After observing the monk alms ceremony, we hopped in a Tuk Tuk to see one of the nearby waterfalls, the Kuang Si Falls. 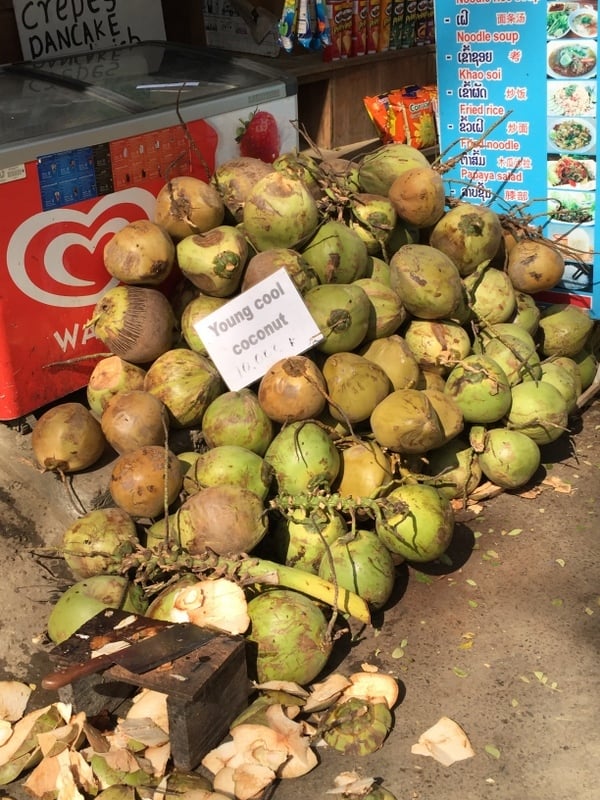 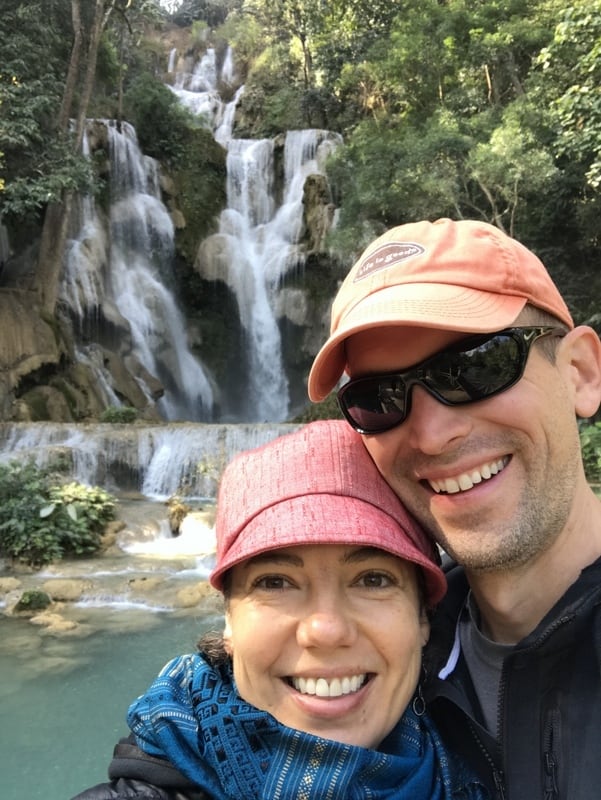 We got back in time to have happy hour on the Mekong River and enjoy the sunset by boat. The Mekong river flows 4,350 km (2,703 mi) through 6 countries starting in Tibet through China, Myanmar, Laos, Thailand, Cambodia, the Vietnam delta, and then into the South China Sea. It’s 12th longest river in the world and the 7th longest in Asia. 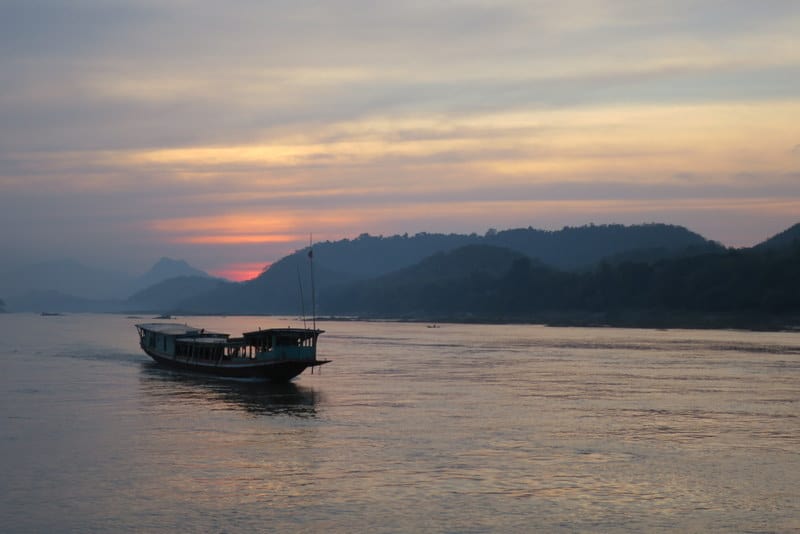 We ended the day by enjoying a nice dinner of local cuisine, all recommendations by our young waiters. It’s easy and more interesting to order this way!

The other side of the Mekong

We heard from another traveler that there was a rural path on the other side of the Mekong that connected 7 less visited Wats. This other side is less touristy and more off the beaten path. We decided to take some beater bikes across the river via boat to explore. 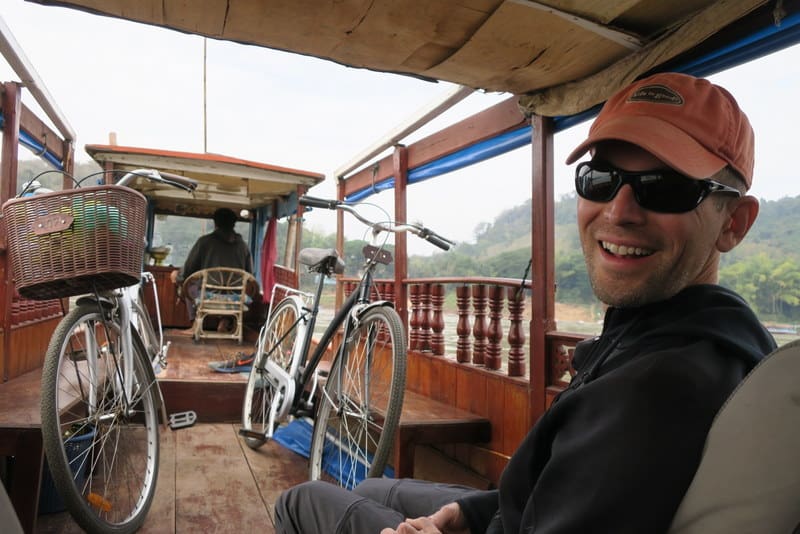 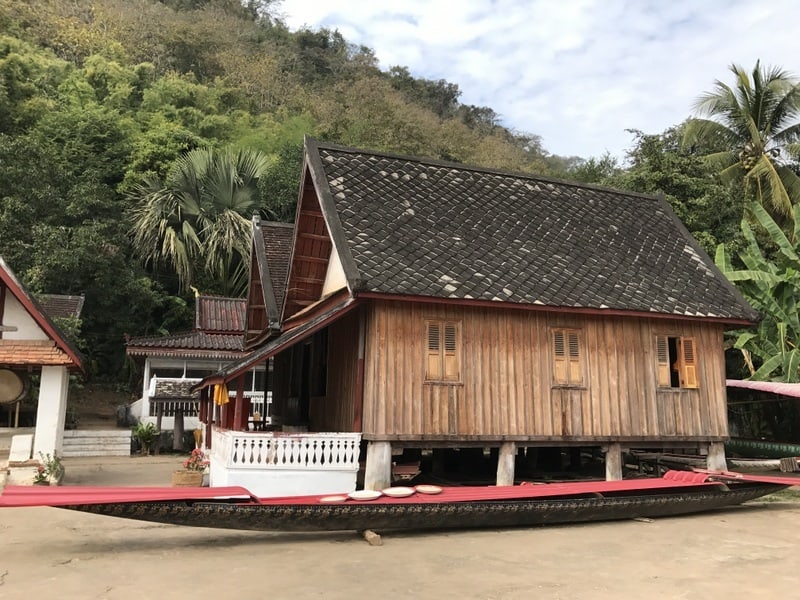 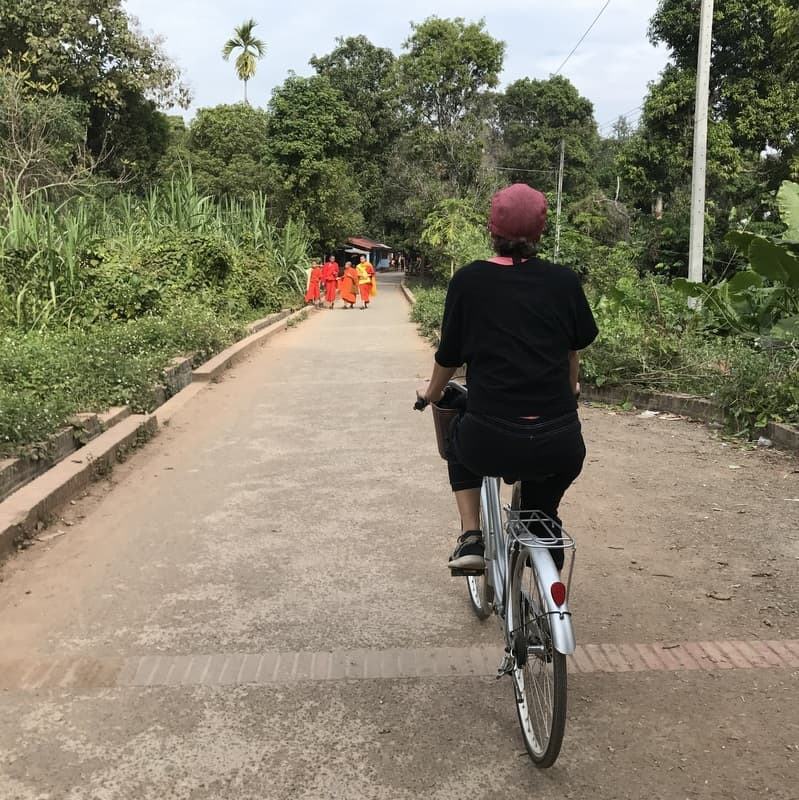 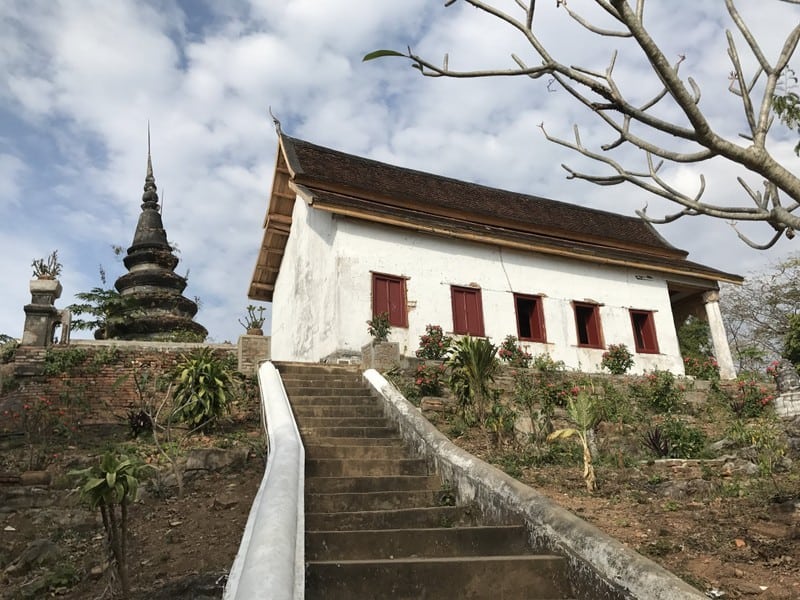 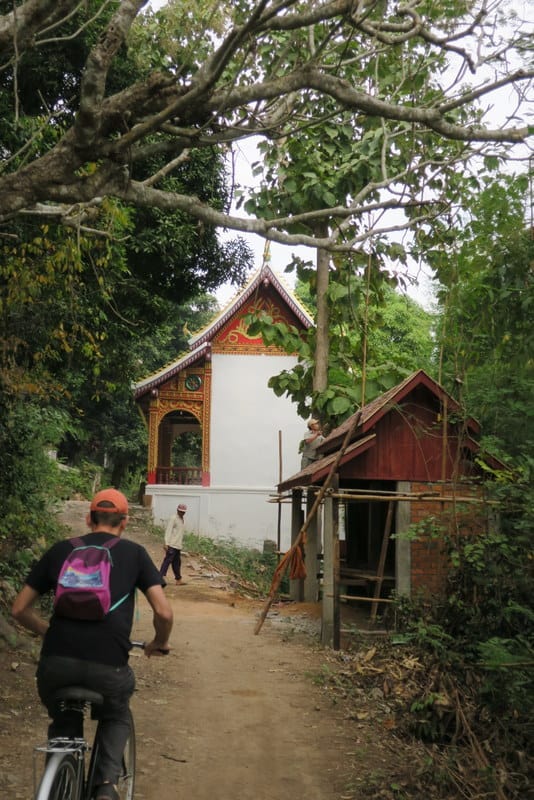 The reality of war

Sadly, in addition to being one of the poorest countries, Lao has the unwanted distinction of being per capita the most heavily bombed nation in the world which we learned at the UXO museum in Luang Prabang.

Between 1964 and 1973, the USA flew more than half a million bombing missions, delivering more than two million tons of explosive ordnance, in an attempt to block the flow of North Vietnamese arms and troops through Laotian territory. The ordnance dropped includes more than 266 million submunitions (known as “bombies” in Laos), all released from cluster bombs.

It is estimated that up to 30% of all ordnance did not explode – that’s 80 million bombies. These UnExploded Ordnance (UXO) continues to remain in the ground, maiming and killing people, kids (they look like toy balls), and hindering social-economic development and food security.  Copy credit to UXO museum: uxolao.org 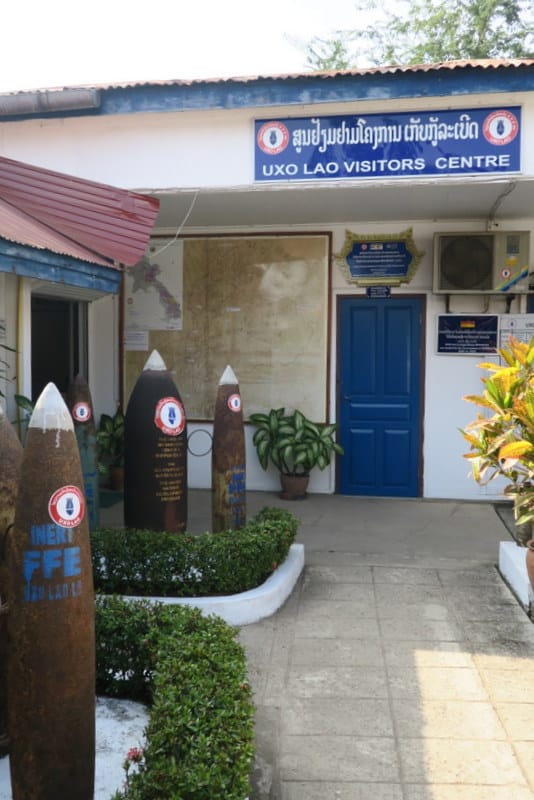 On a lighter, tastier subject…

One major draw to traveling to Luang Prabang was the food and it did not let us down.  Don’t get us wrong, we still enjoy the food of Taiwan, but we crave the hot and sour spices of SE Asia.  We tried everything from nice restaurants to street vendors and we couldn’t get enough of the noodles, sticky rice and flavors of Laos. 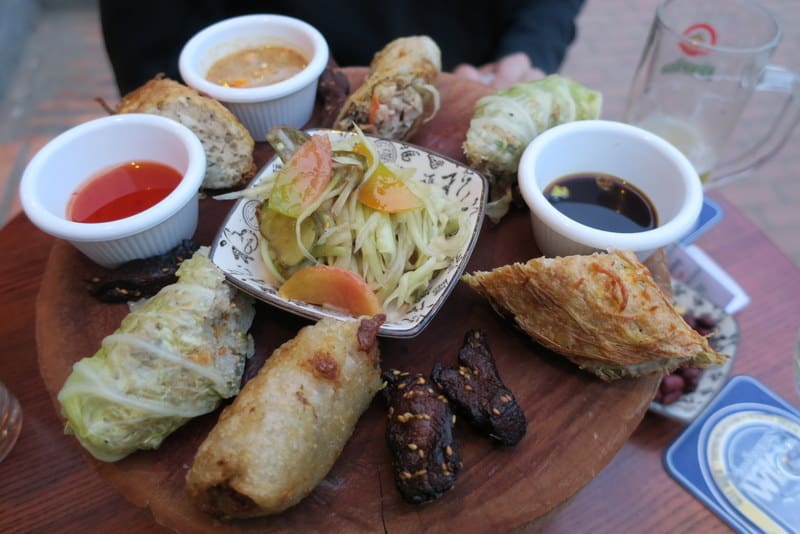 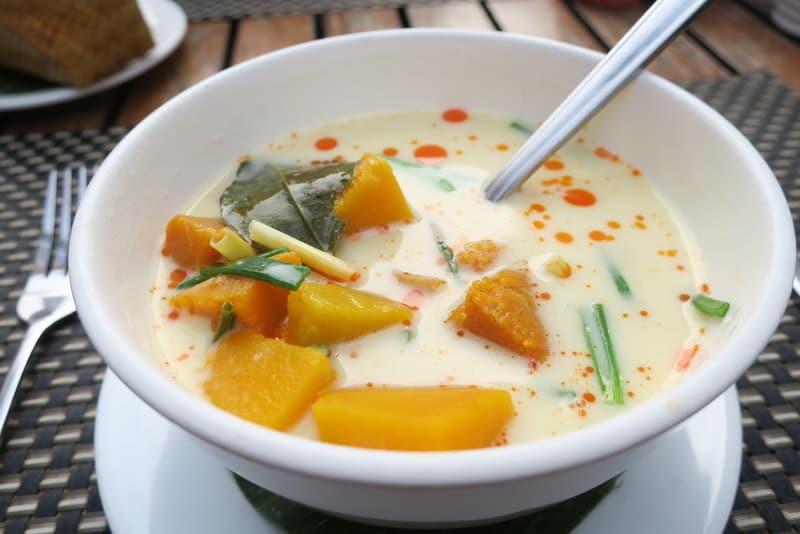 Opportunity to give back

While wandering through the streets we came across an after school program called Big Brother Mouse which also publishes books in Lao and English. Here, native English speakers are invited to come in and talk with the local kids that want to learn and improve their English.  We took a couple of hours on our last day in town to attend their evening drop in session from 5-7 pm. A humbling experience to say the least.

Working hard to get ahead in Laos

Seventeen year old Leekou Vang walked in and sat himself at our table, ready to talk about anything with the three of us (above). We learned that he has 6 brothers, 2 sisters. He does not own a computer (too expensive) and he has never flown in an airplane. He was a monk for a year, which is common for most males at least one point in their life. It’s sort of like the military in the states as they cover room, board and education. He goes to school from 7:30 to 4:00 pm, then to Big Brother Mouse every single day from 5:00- 7:00 pm, then he works as a security guard every single day from 10:00 pm to 6:00 am. He just got a new job at a restaurant on the main drag which will allow him one day off a week. He says he is not tired, he just wants to see his family more. His brother studied English in college and wants to set up a teaching room at their home, but first he needs to make tables for the students. 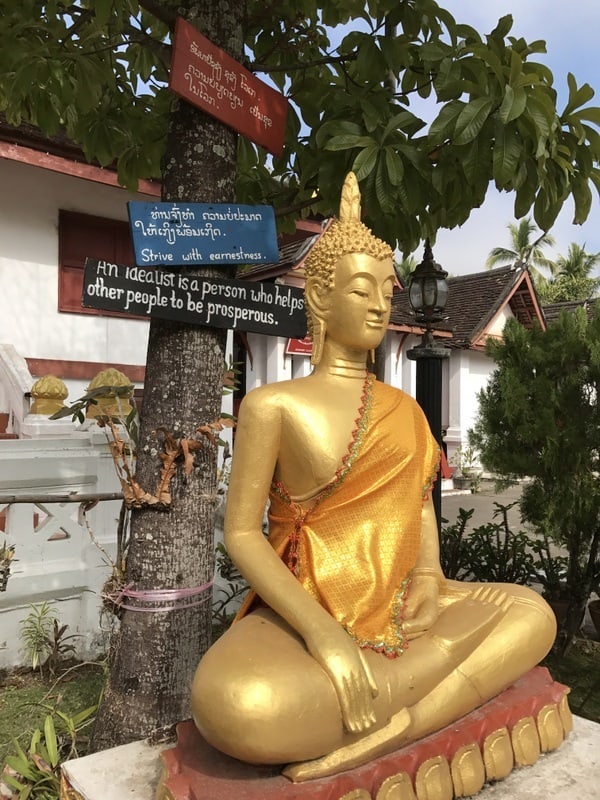 If we had more time we would have loved to spend time at the Elephant Conservation Center, but that gives us a reason to return to this beautiful country.

Happy holidays with love from…