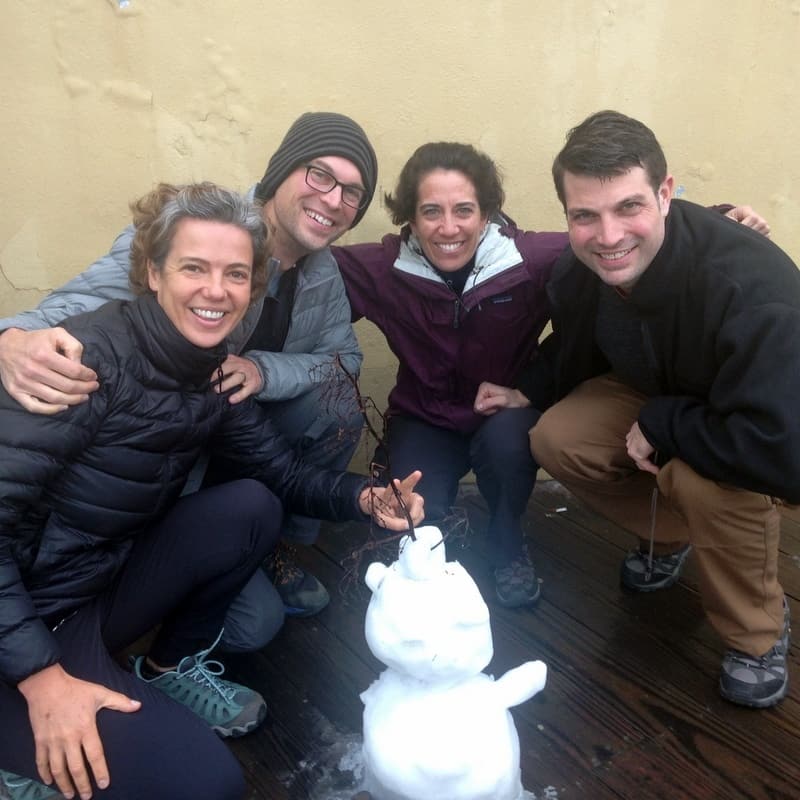 We were excited to have our good friends Jonathan and Jayme come all the way from Cleveland (CLE) to visit us in Taiwan (TPE).  If they look familiar, it’s because they were at our wedding.  Jayme is an independent paper conservator and was en route to India for a conservation project. Jonathan tagged along for the non work part.

They arrived on a Friday night and on Saturday we showed off our city of Taichung – which mostly involved eating, walking and more eating.

The road over the island

The next day we hopped in the van to go over the mountains to the east side of the island.  On the way over the mountain the traffic and visibility started to get worse and we couldn’t figure out why there were so many people on the pass.

As it turns out, there was some snow on Hehuanshan Road. It is the highest point on the island accessible by public roads after all.  That isn’t such a big deal to us, but to the locals, they can go their whole lives with out seeing snow.  As we were sitting in traffic, cars were coming down the mountain with little snow men on their windshield made from snow that they had scraped off the ground.  We had to explain to our guest how lucky they were to see real Taiwan snow and that should more than make up the extra hours we had to spend in the van.

Once we cleared the pass and it was mostly clear sailing down in to Taroko Gorge in Taroko National Park.  It is a narrow, winding road and I may have got a little close to edge.  We decided that the trip was 99% awesome 1% guardrail.

Once we were in the Gorge we could stretch our legs and enjoy the scenery.  When we stepped out to take our first photos, we could hear a rock slide on the other side of the gorge.  It was a wild sensation to be able to hear rocks trickling down, sounding like distant thunder, but not being able to see them do to the fog.  It was a good reminder that the island is always changing and evolving. 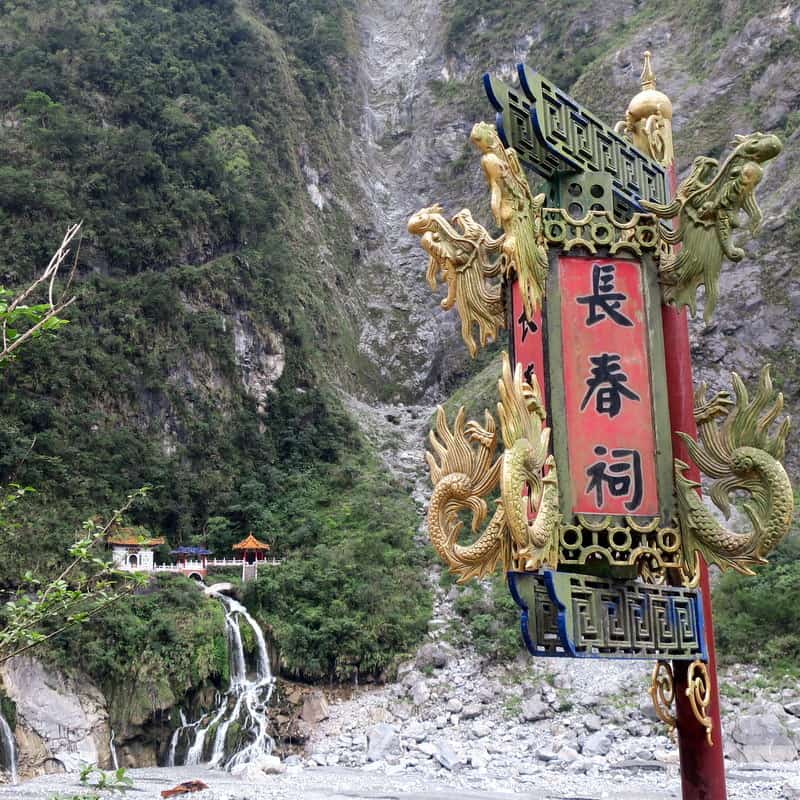 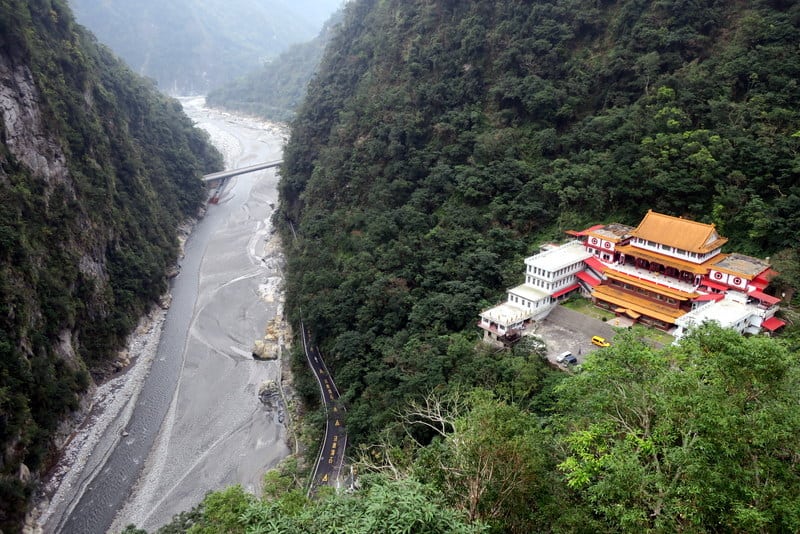 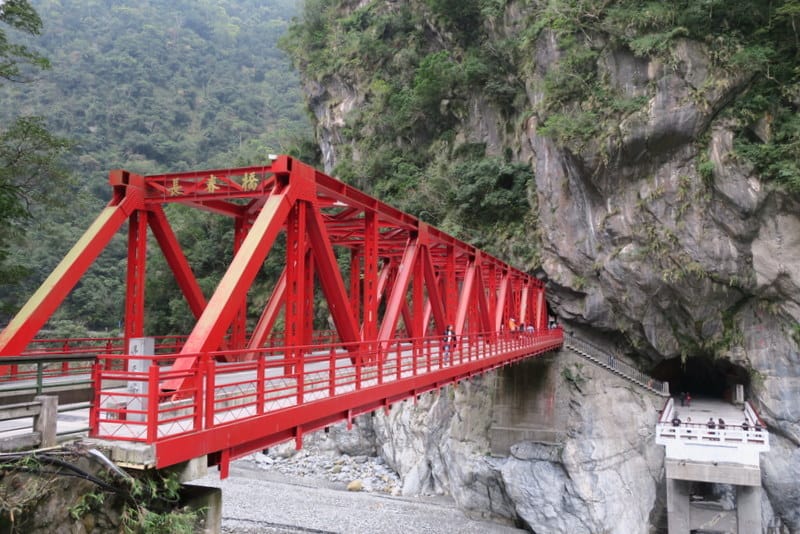 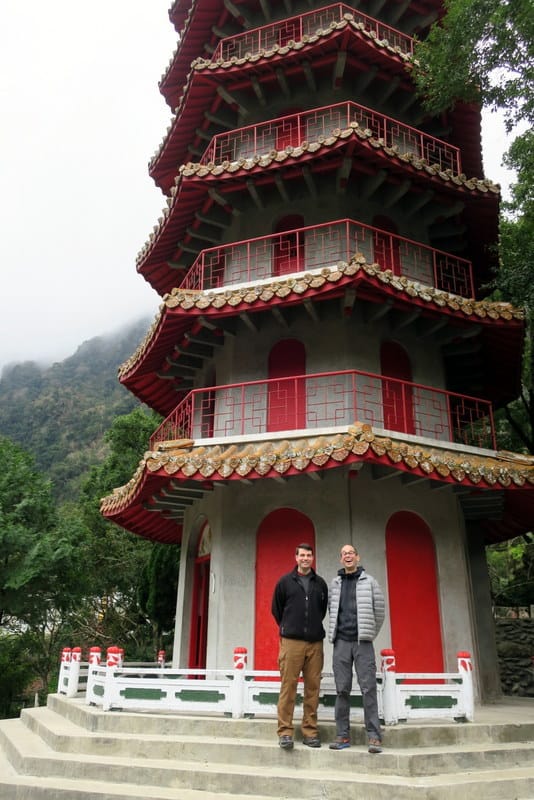 Hualien and the East Coast

Sarah found a great Air B&B in Hualien run by a chef and called Ian’s table.  By day his place is a small restaurant that serves amazing food and by night he has three rooms to rent.  We enjoyed a great diner consisting of duck dish that took seven days to prepare.  Delicious!

We thanked Ian for his hospitality and great food and headed north along the East coast. 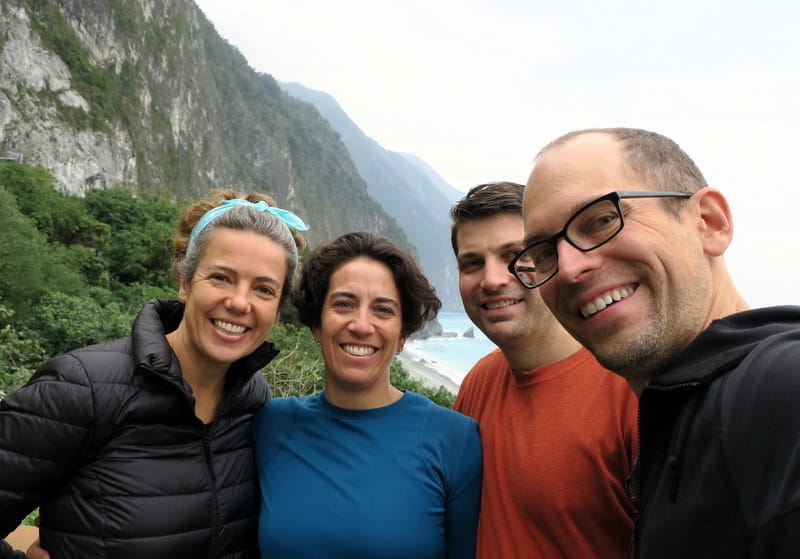 Having Jonathan and Jayme come out was a great excuse to explore Jiufen, an old gold mining town.  We heard about this old city and were excited to check it out. At night the narrow walkways and lanterns offer an old world vibe.  This is the city that inspired Hayao Miyazaki’s town in the movie Spirited Away. 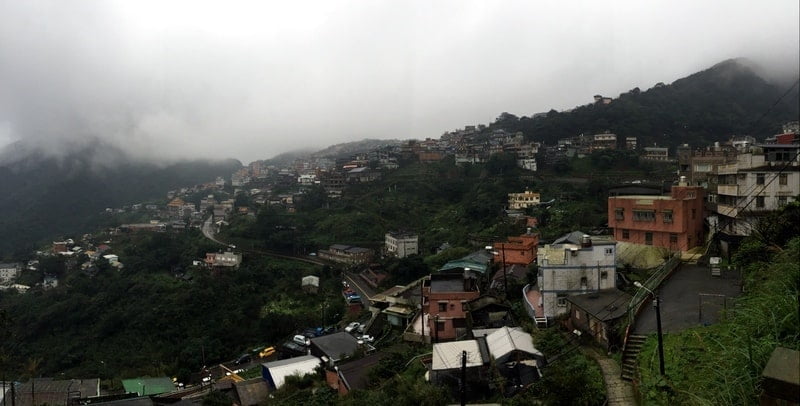 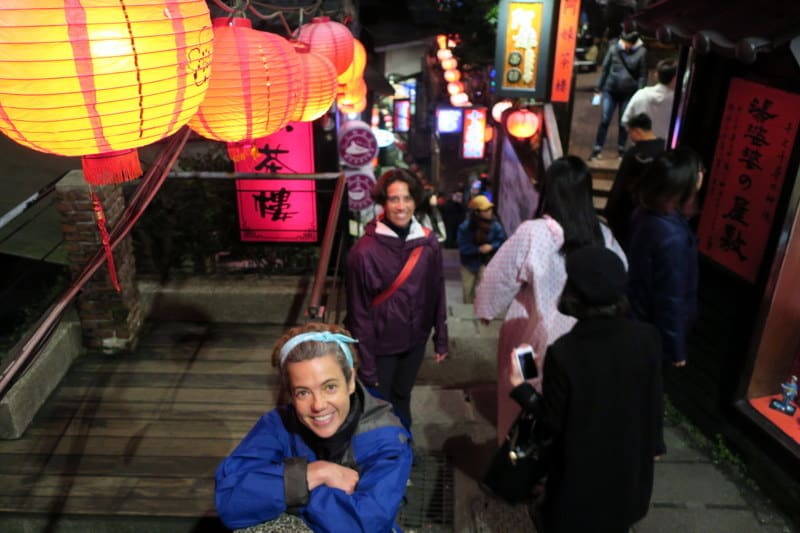 Thanks to Jonathan and Jayme for coming out so that we could show off the island and explore some new island nooks.  You’re welcome back, anytime!

With a little cleaning and wax, the van is ok!  That makes the trip 100% Awesome. 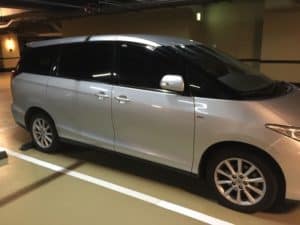 One thought on “Guests: Jonathan & Jayme”