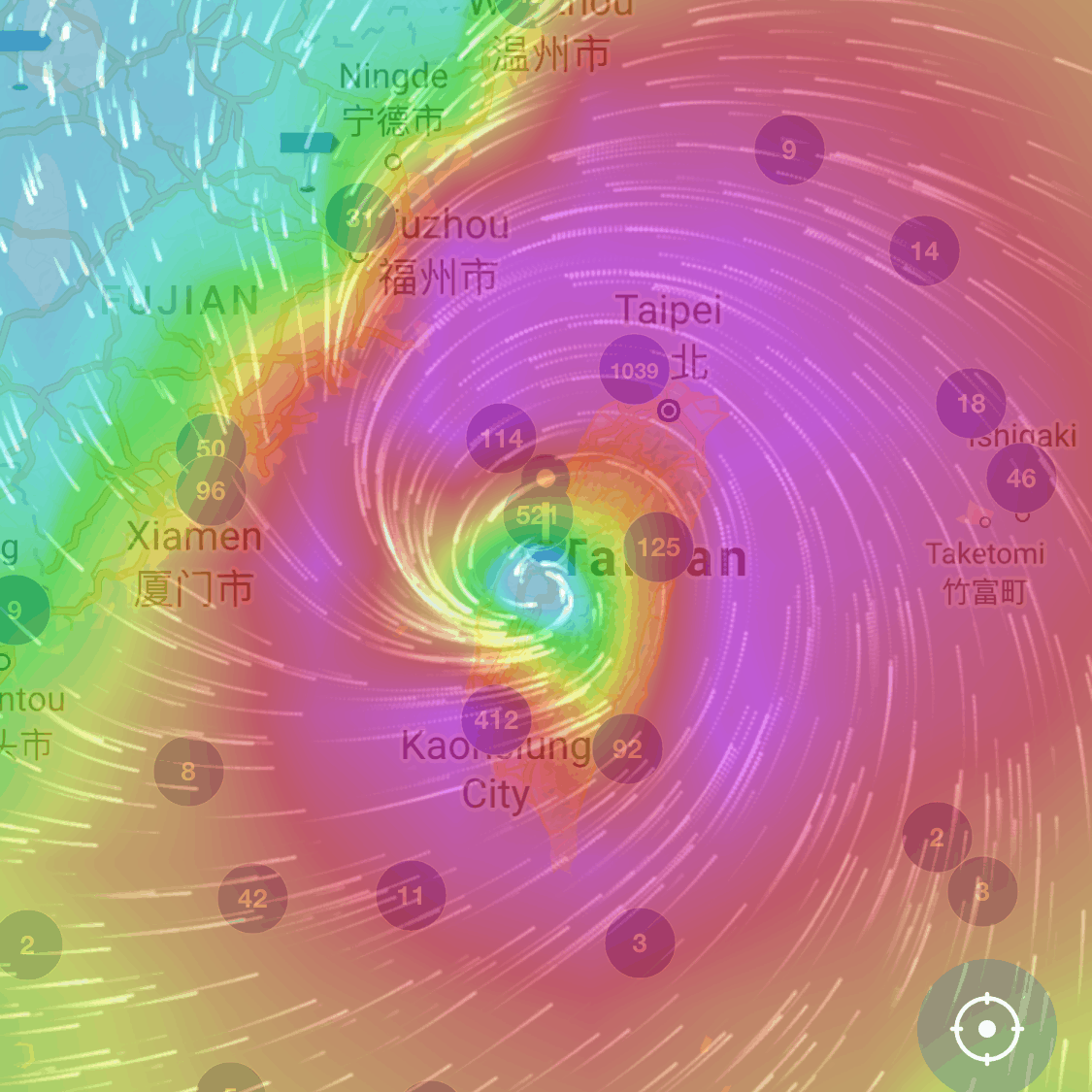 It was the third Typhoon in 2 weeks to strike the island.  We didn’t see much of the previous two because geographically we are protected from the mountain range to the east of us and the first Typhoon veered south and the second went north.  This time we got the full effect as Megi struck the island right in the middle.  As Megi approached Taiwan it became a category 4 storm. It went right over the mountains this time.

Instead of snow days, we get Typhoon Days!

Tuesday was a “typhoon day”. Work and school were called off.  We hunkered down and watched the wind pick up through the afternoon – and boy did it pick up!  Our windows were whistling as the wind went by.  Co-workers could feel their buildings swaying – luckily we don’t feel that on floor 7  – and others lost power.  Around dinner time the eye of the storm past over us and the wind died down.  We took a stroll around the neighborhood and saw lots of branches down, trees uprooted and banners that were ripped off buildings.

Later that evening, as we got ready for bed, the winds picked up again. As the eye passed Taichung, the back end of the storm then traveled by. It occurred to us once we were in the Typhoon (the calm eye) that the wind changes direction after the eye passes by.

We have now seen and heard, first hand, how powerful a weather system a typhoon can be. 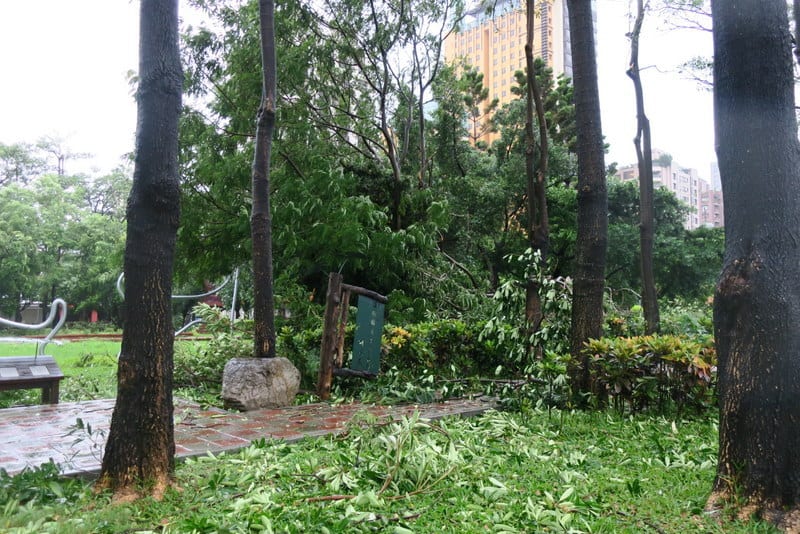 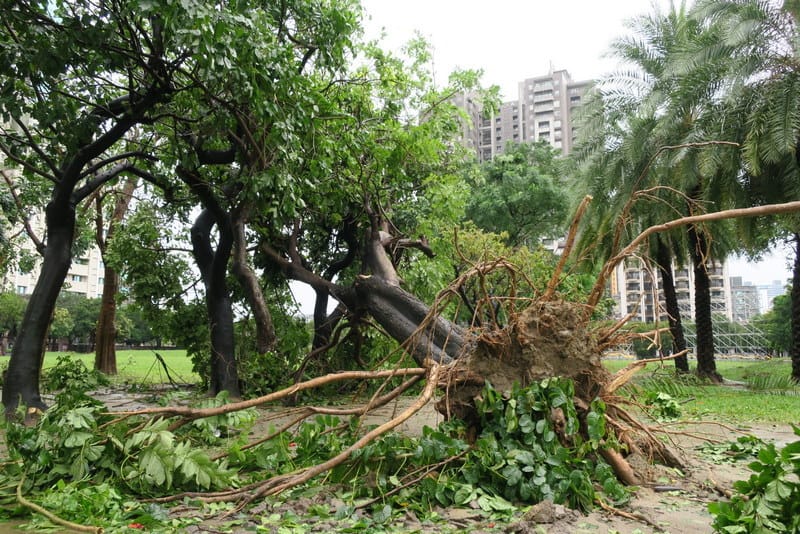 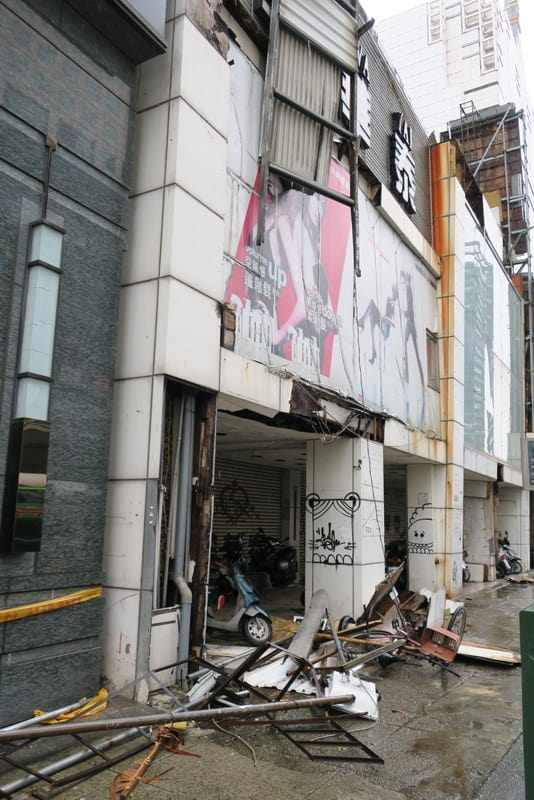 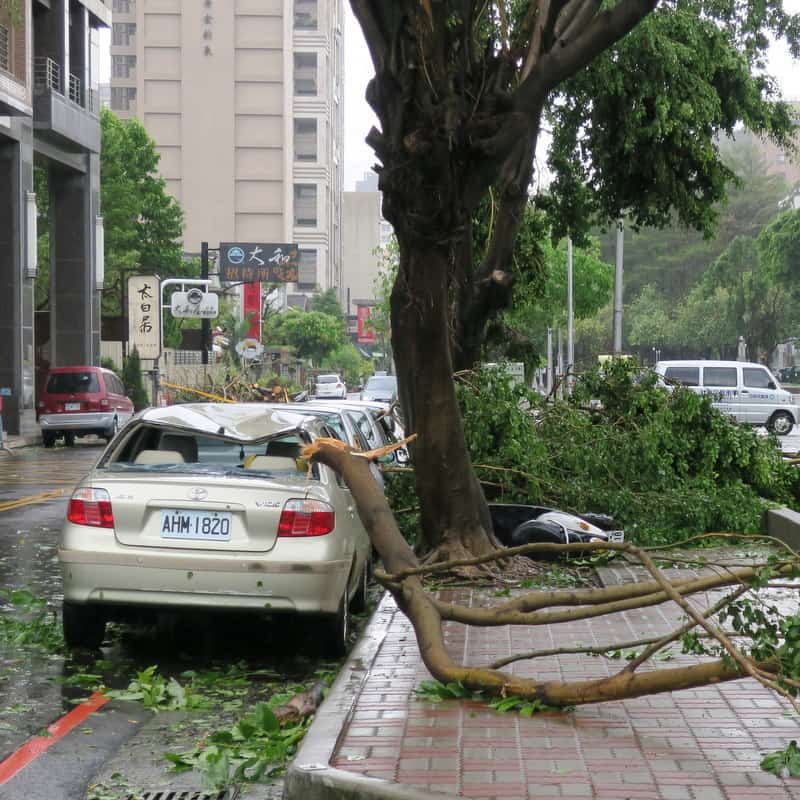 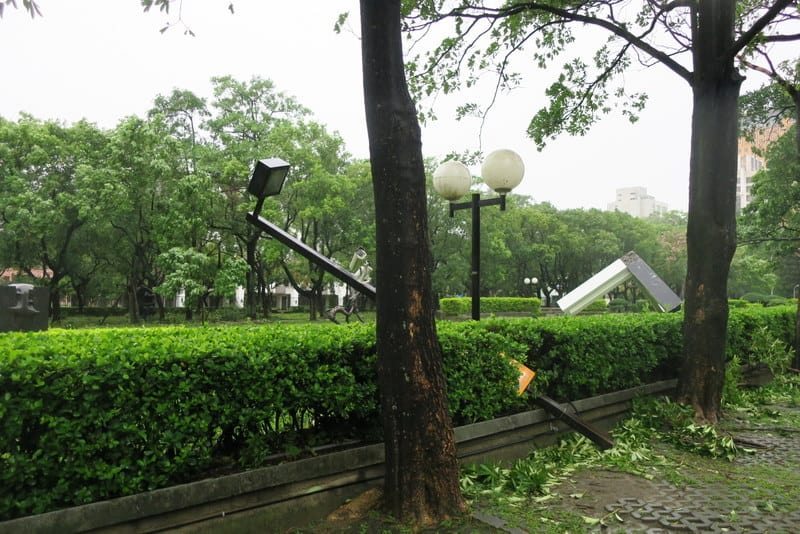 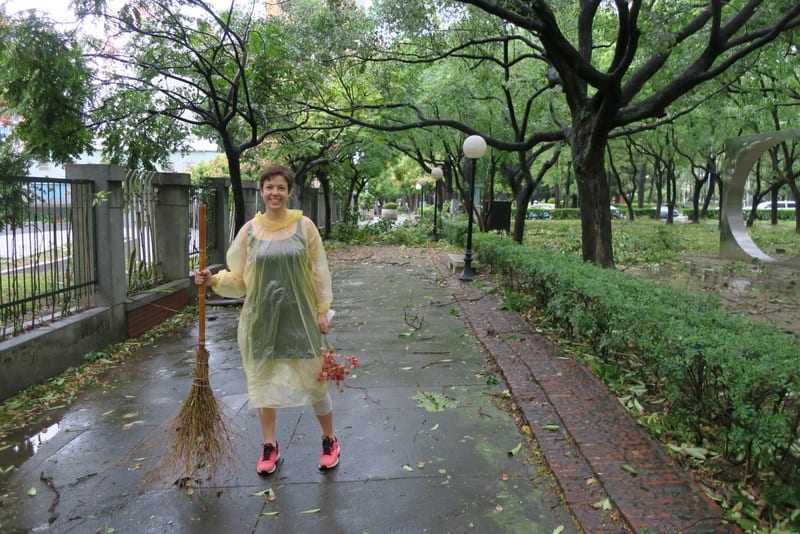 Sarah briefly considers cleaning up during eye of the storm 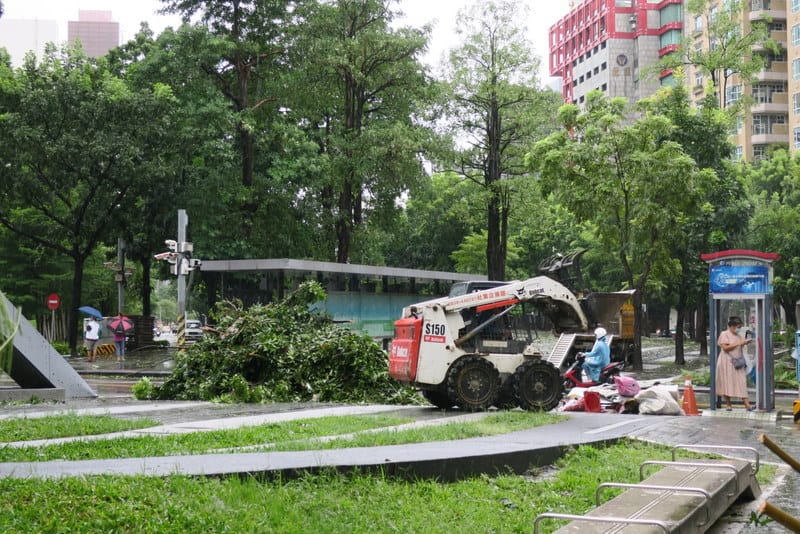 By the next morning, the clean up crews were ready to clean the city up!