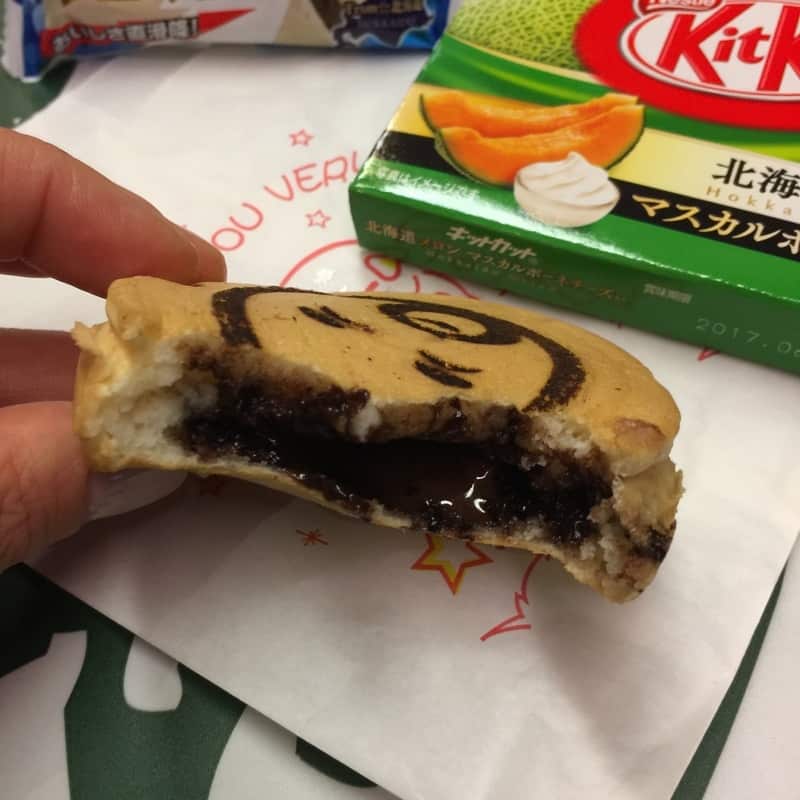 Train to Busan is a 2016 South Korean zombie apocalypse horror film directed by Yeon Sang-ho. On 7 August, the film set a record as the first Korean film of 2016 to break the audience record with over 10 million theatergoers. 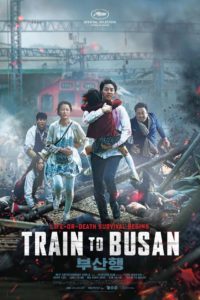 I had to admit I was a hesitant to see this one. Scott roped me in to the Walking Dead series and it was OK, but I’m just not that in to zombies I guess. Until now…

South Korean zombies are cool and they’re sportier than the traditional American zombie.

It didn’t hurt that the acting is phenomenal.

Pickles and I went to Wovie Theater which is in a mall, within biking distance from our place (where we leave our bikes out front, unlocked). We got tickets for the cushy seats and stocked up on treats in the mall, which carries everything. As far as we can tell, you can bring anything in, so we did:

1 traditional “red bean cake”
but filled with gooey chocolate and branded with a cute face. Red bean cake vendors can be found all over Taiwan. The cakes are made fresh, while you wait, in cast iron skillets. Fillings are commonly red or green beans or savory cabbage. They cost about $20-25 NTD each (.64 – .80 USD). These are one of my favorite snacks.

* Kit Kats are a big deal in Japan. Kit Kat’s name echoes the Japanese phrase “kitto katsu,” or “surely win” and is often sent as a gift to students before college entrance exams. There are about 300 varieties, including: Sake, Gold Leaf (for real), Passionfruit, Purple Sweet Potato, Coconut, Wasabi and Edamame to name a few. 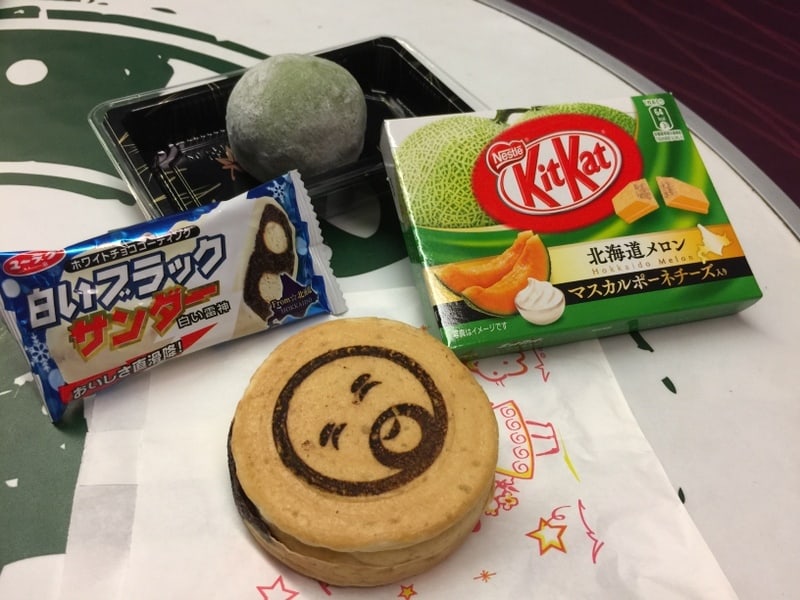 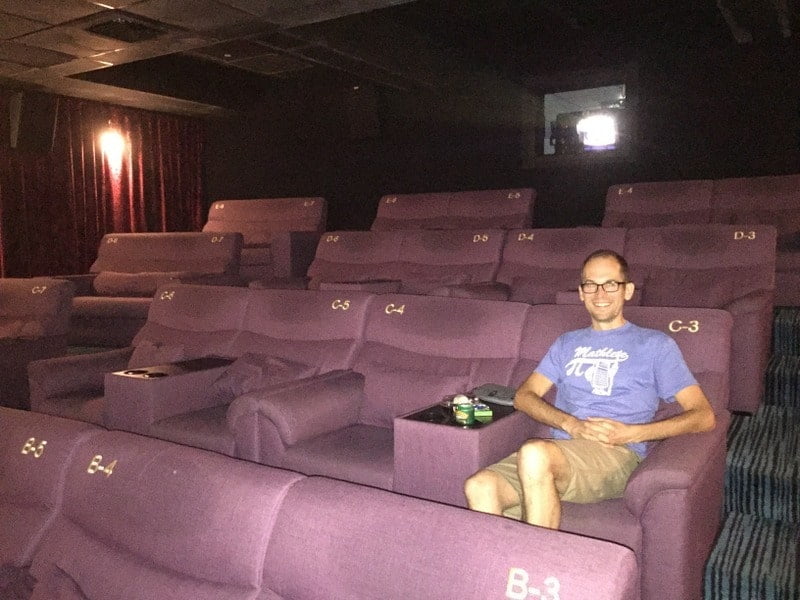 One thought on “Zombies + Sweets”